Centre for Research and Information (CRI) for the third year in a row, has organized an interactive event mark the 98th birth anniversary of the Father of the Nation Bangabandhu Sheikh Mujibur Rahman and National Children’s Day at Bangabandhu Memorial Museum, Dhaka.

The main attraction at the event was a comic contest held from 10am to 1pm where a total of 30 kids from different schools of the capital participated. CRI Trustee and chief guests Radwan Mujib Siddiq and handed over crests and awards among the top six participants. Alongside, a quiz contest based on the life and work of Sheikh Mujib was also held while top three winners were also awarded with gifts.

“We hoped that someday we would get to see the image of Sheikh Mujibur Rahman our children have in their hearts. Children painting their imagination of our liberator truly express their love for him,” said Radwan Mujib Siddiq. He also said he hopes more events like this will take place so the youths can solidify their abstract idea about the father of the nation. 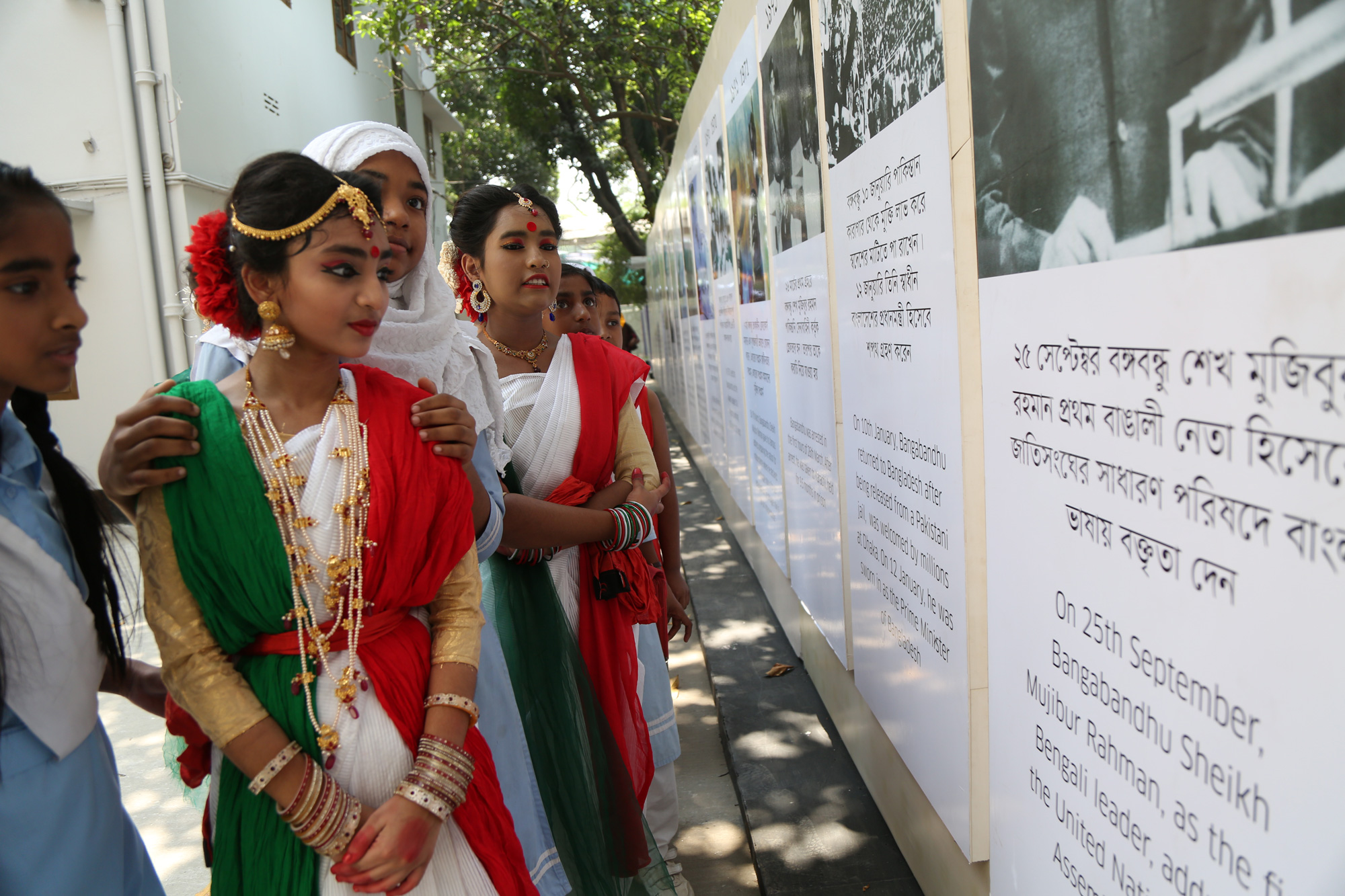 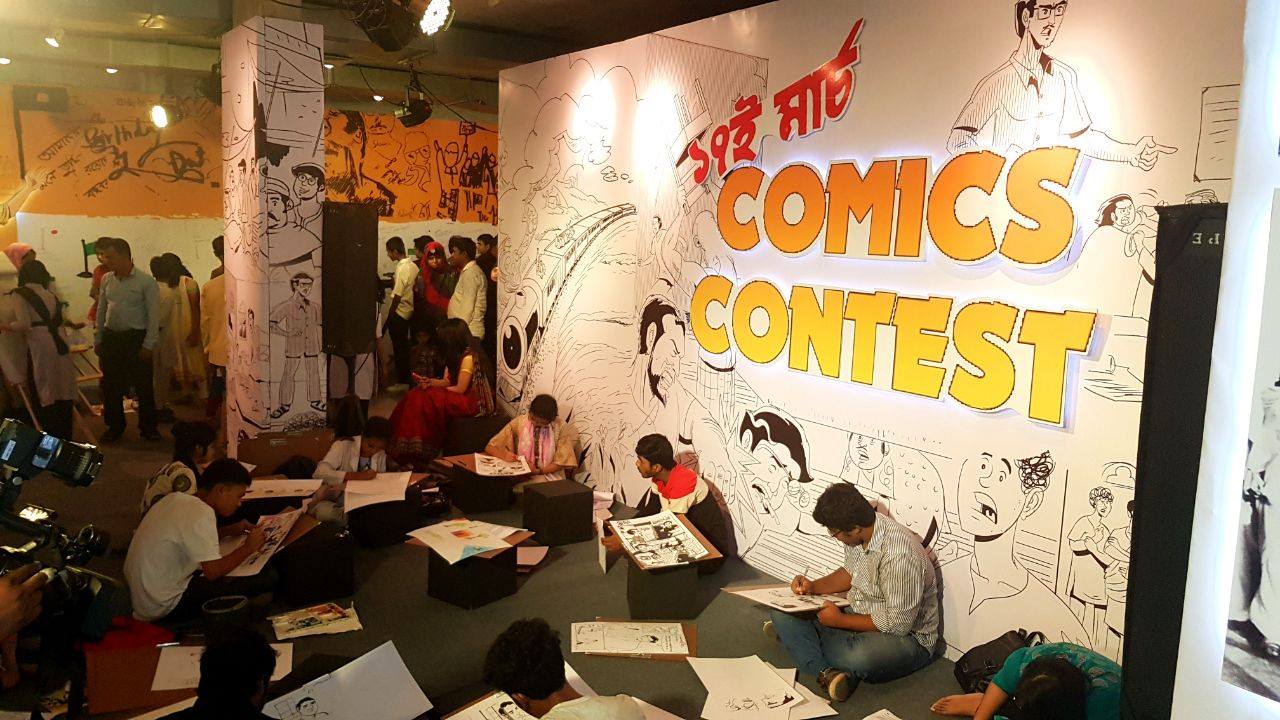 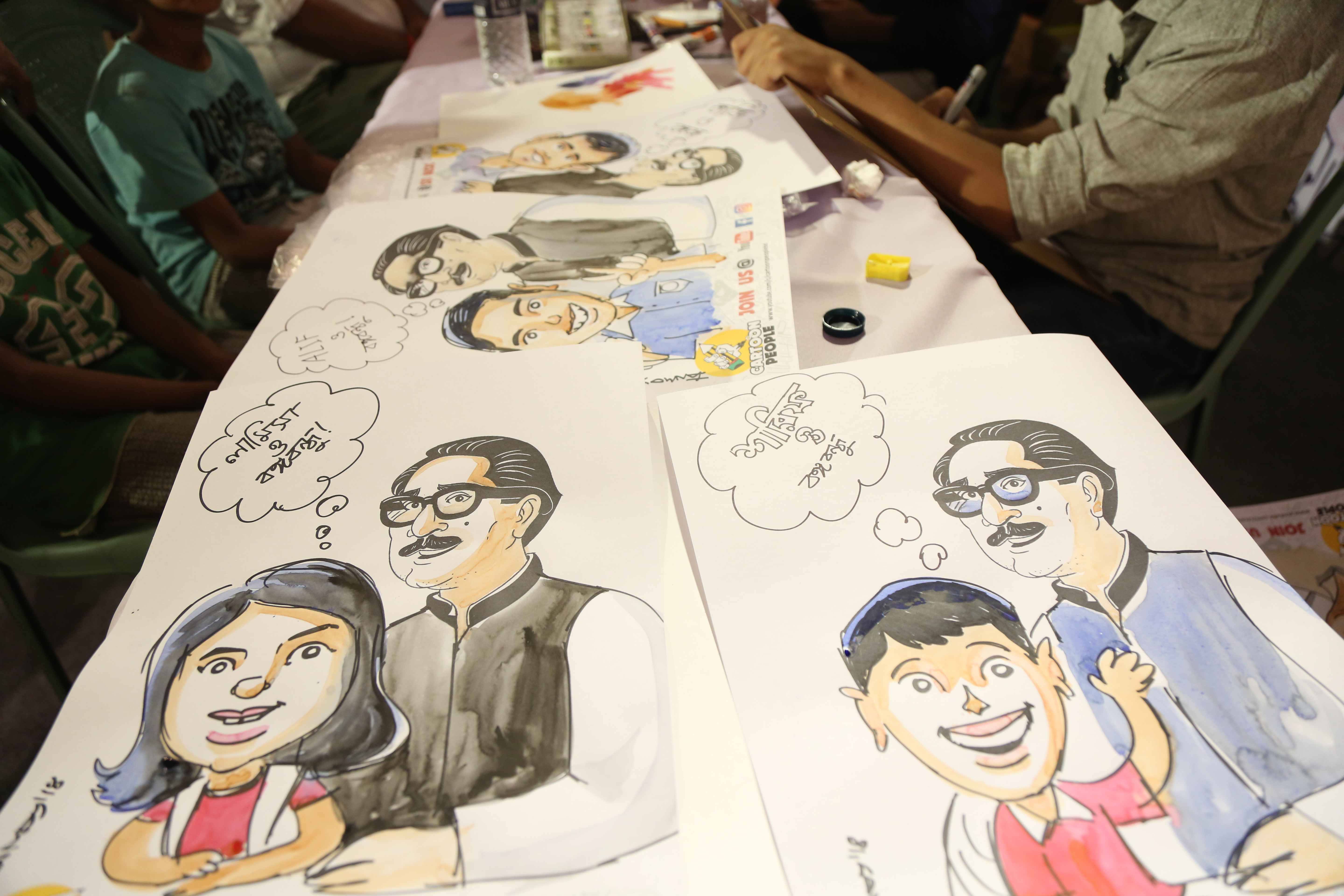 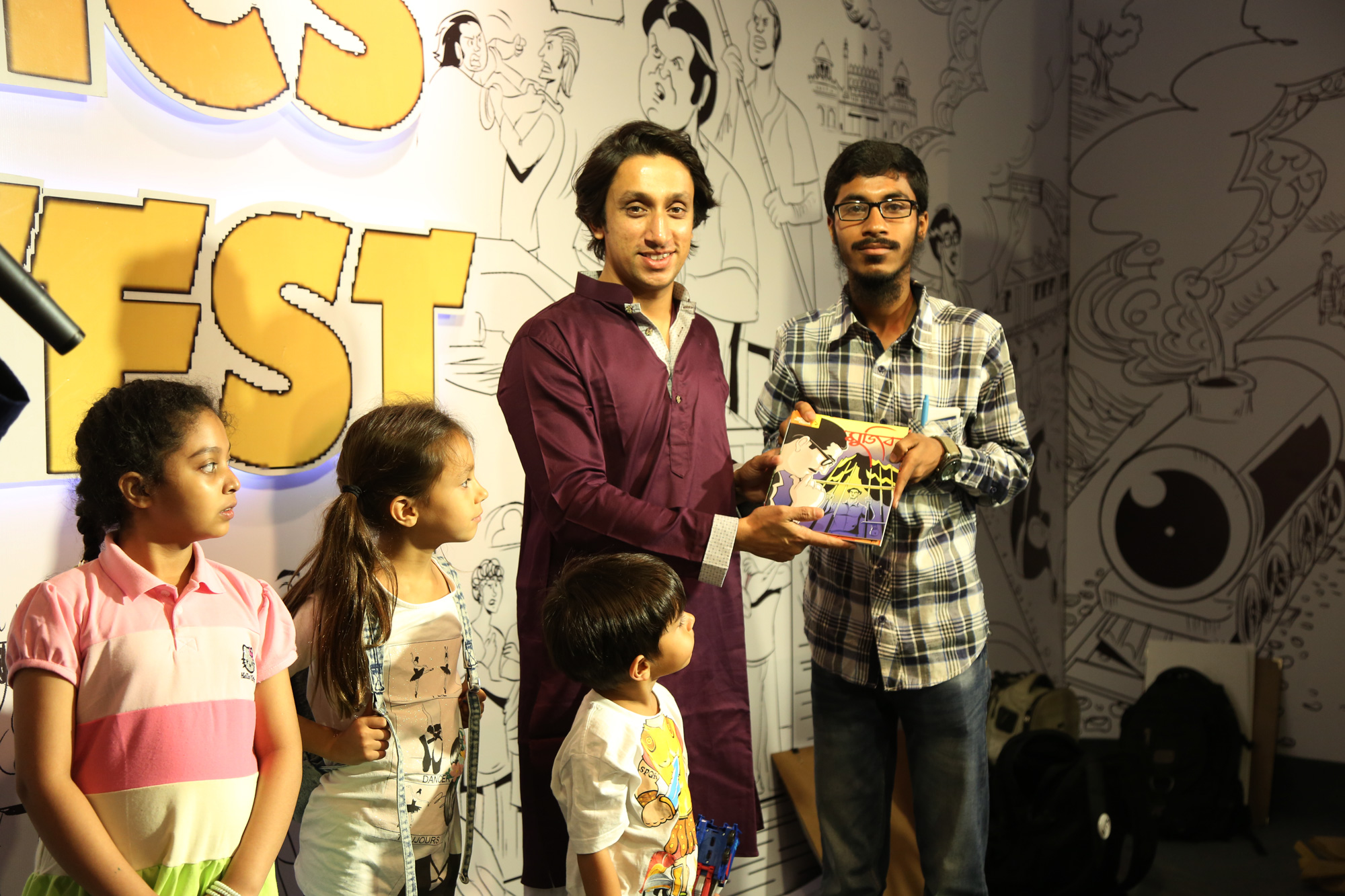 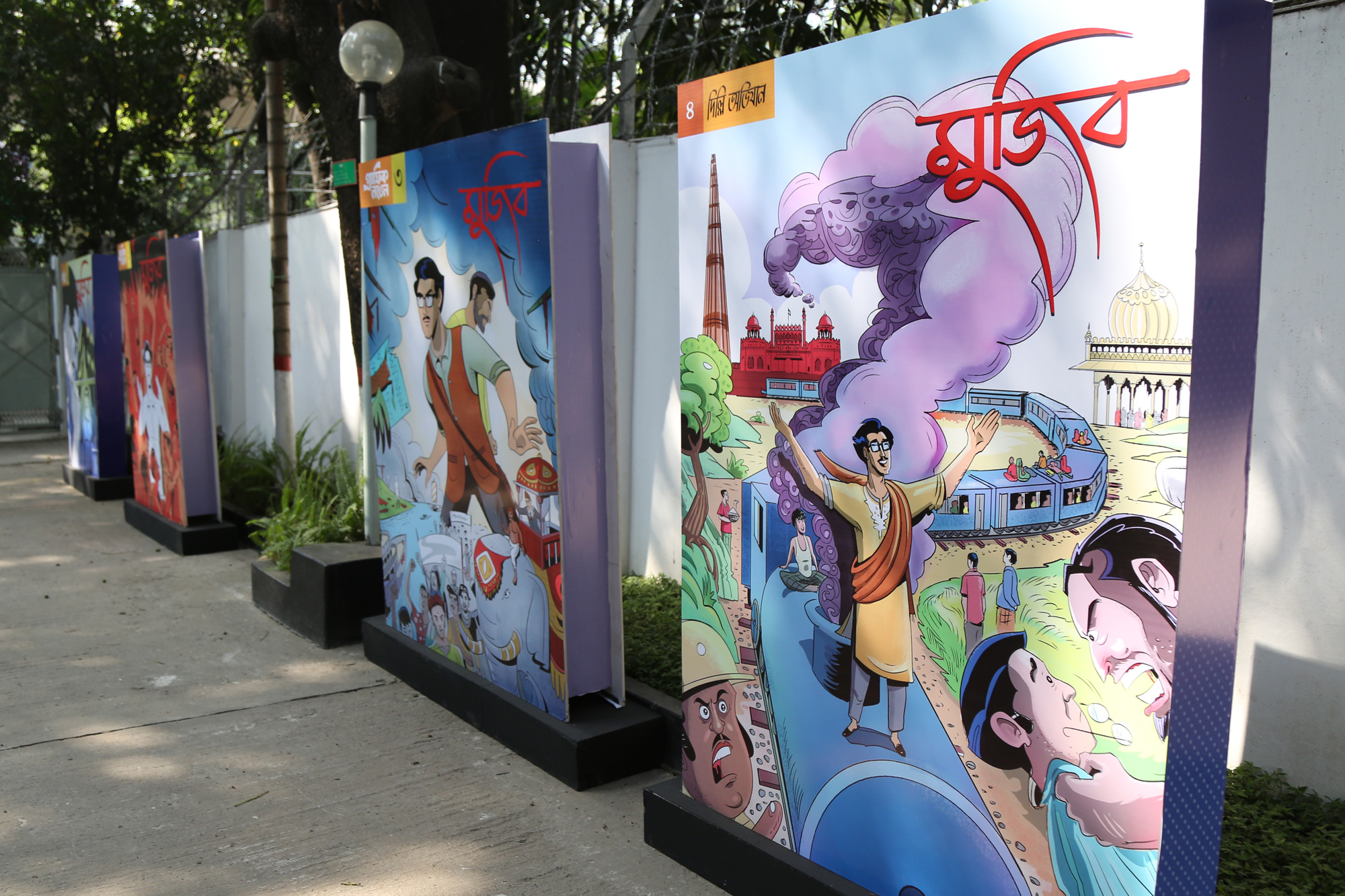 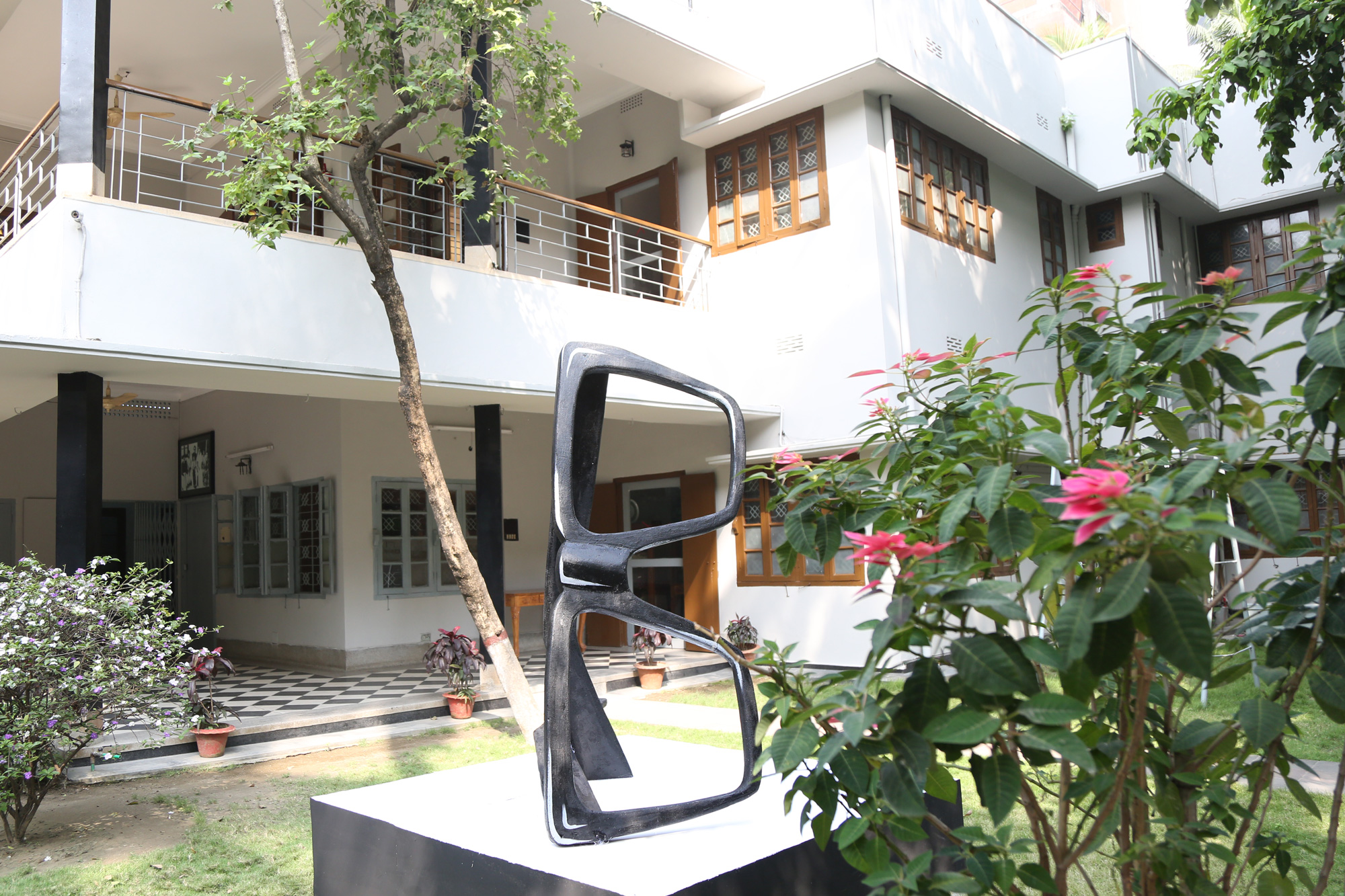 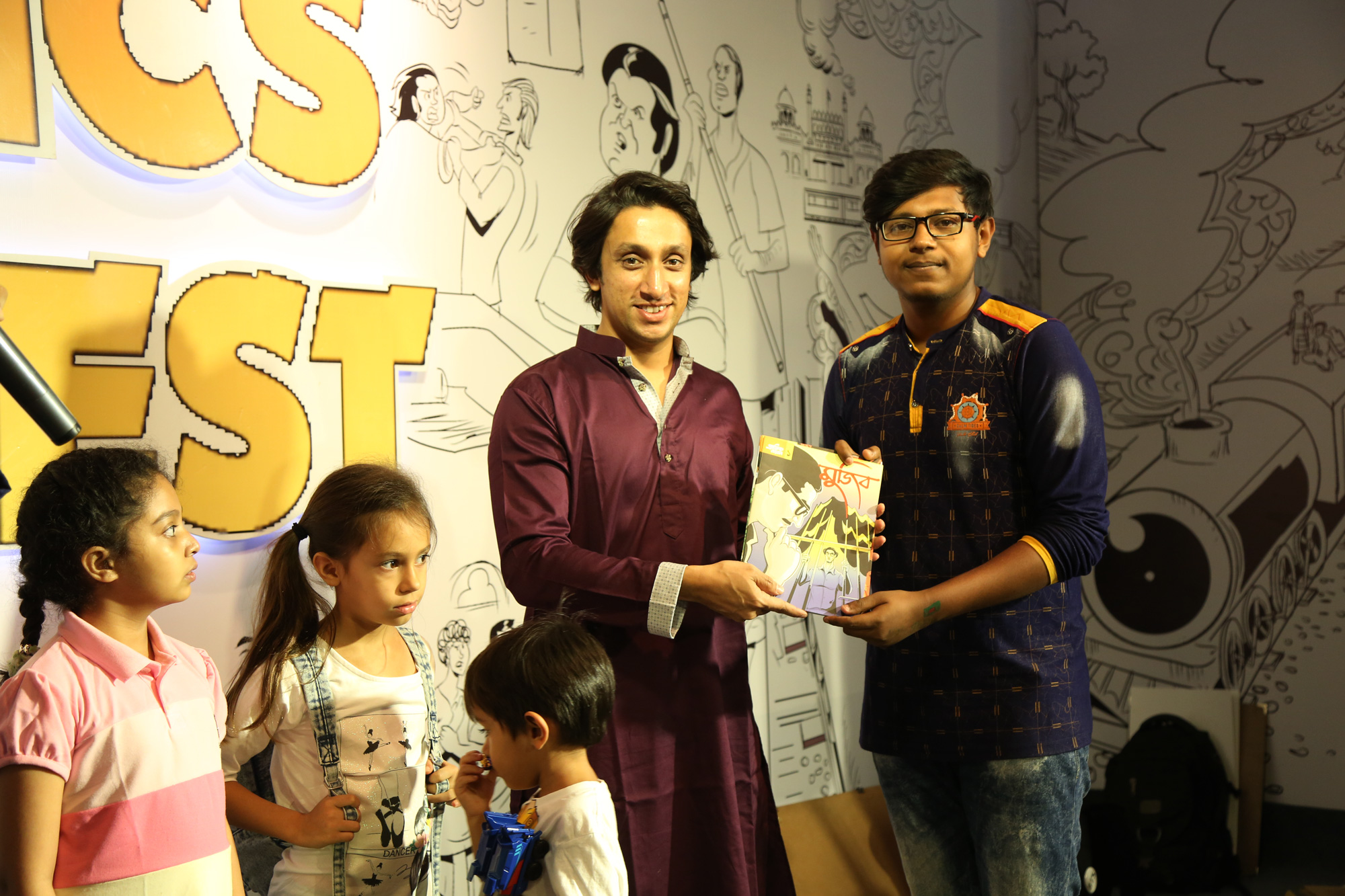 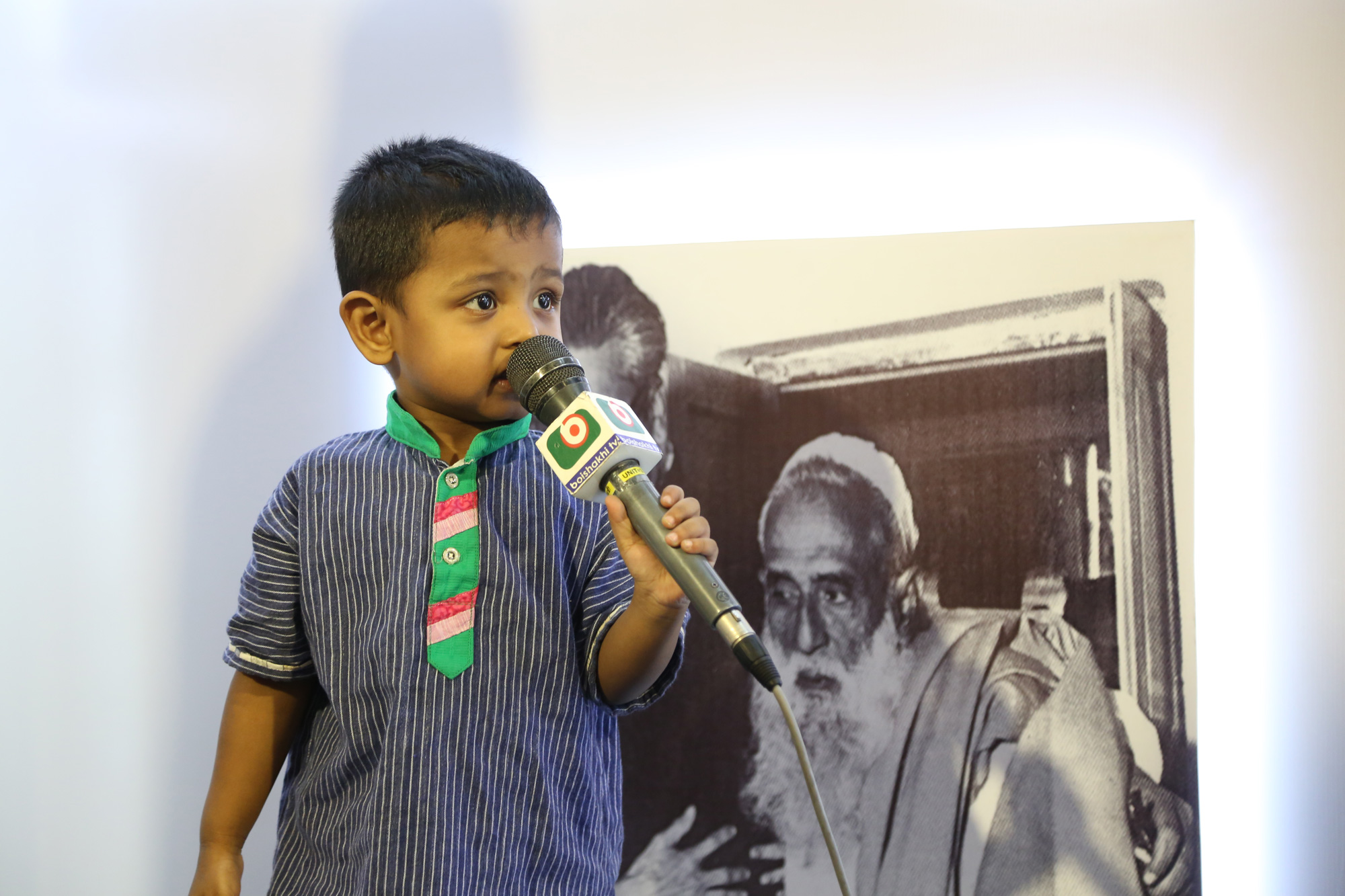 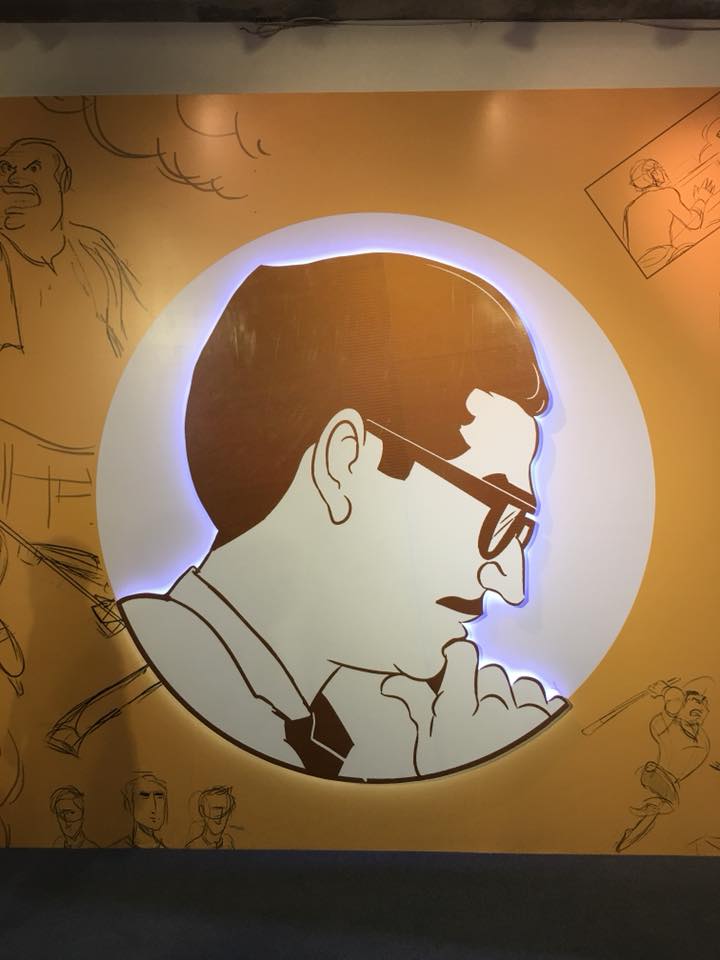 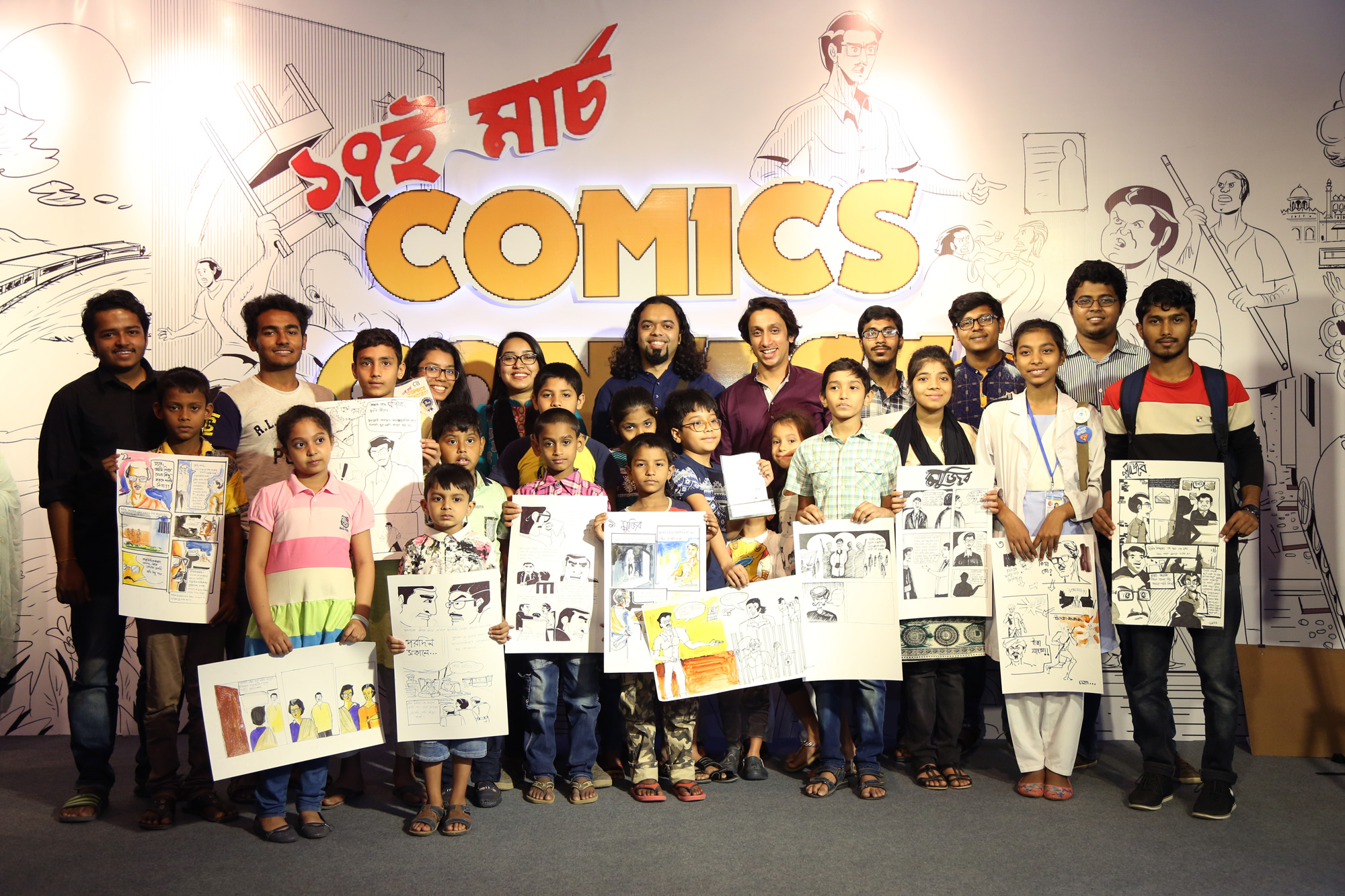 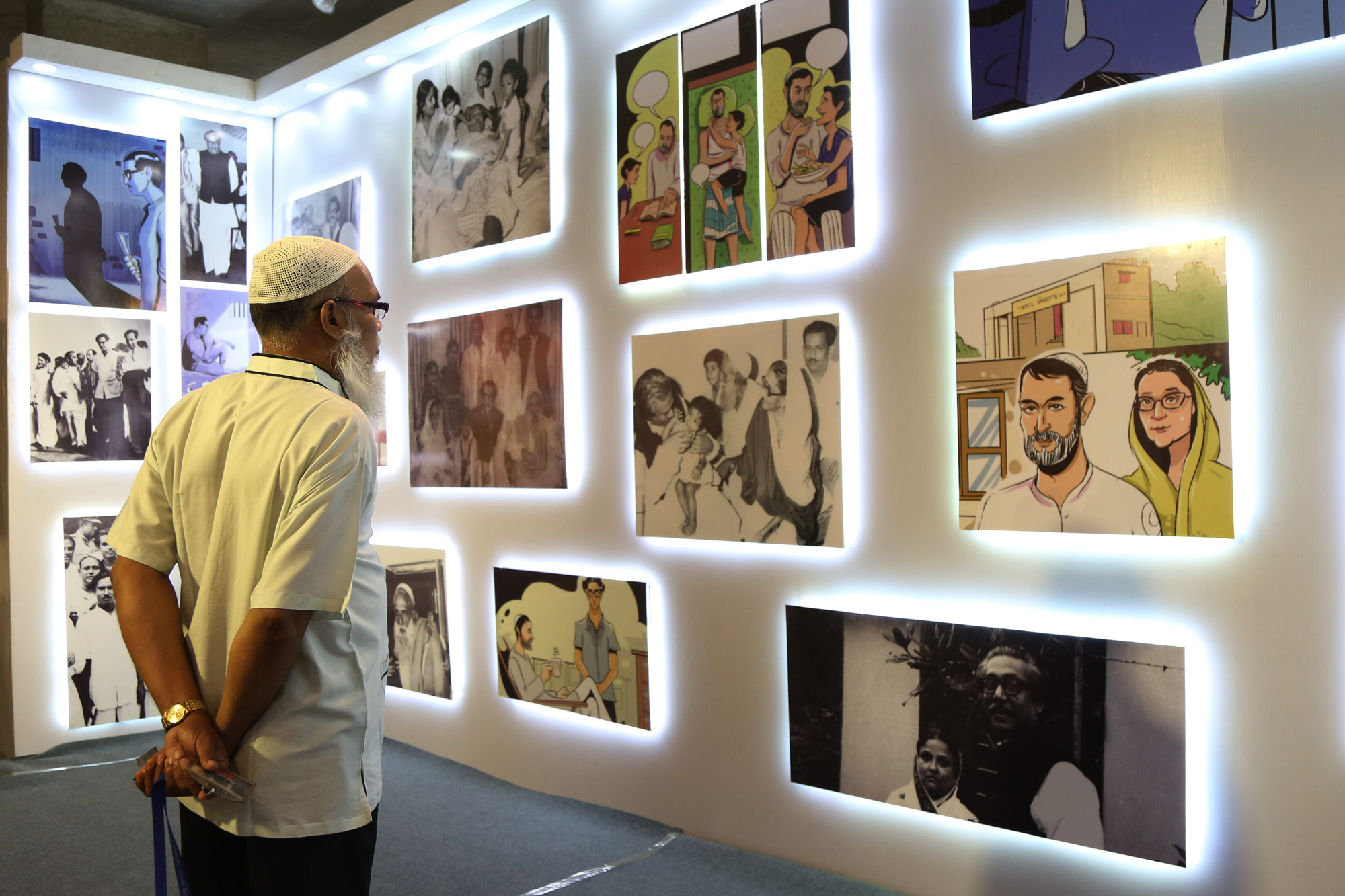 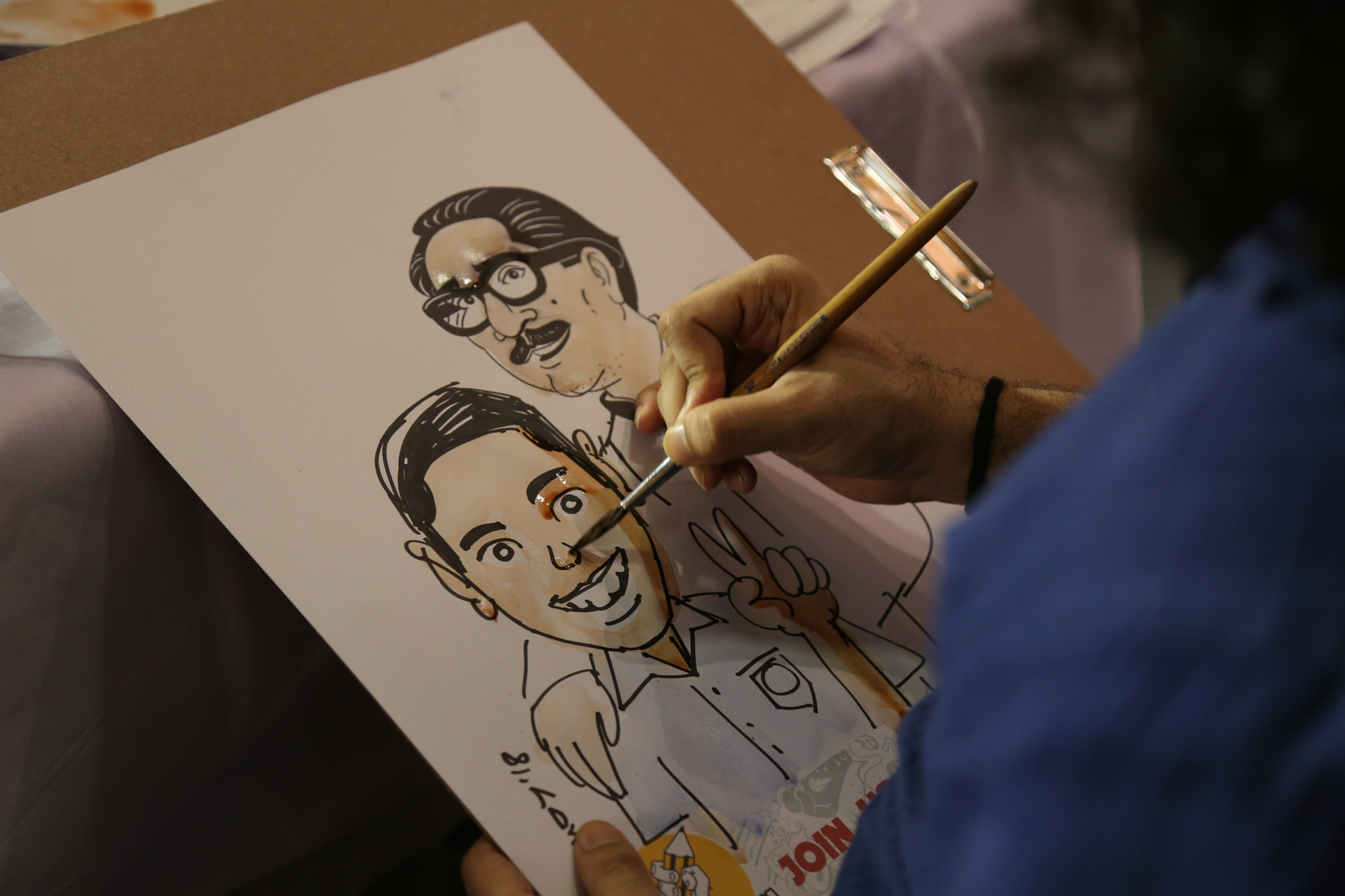 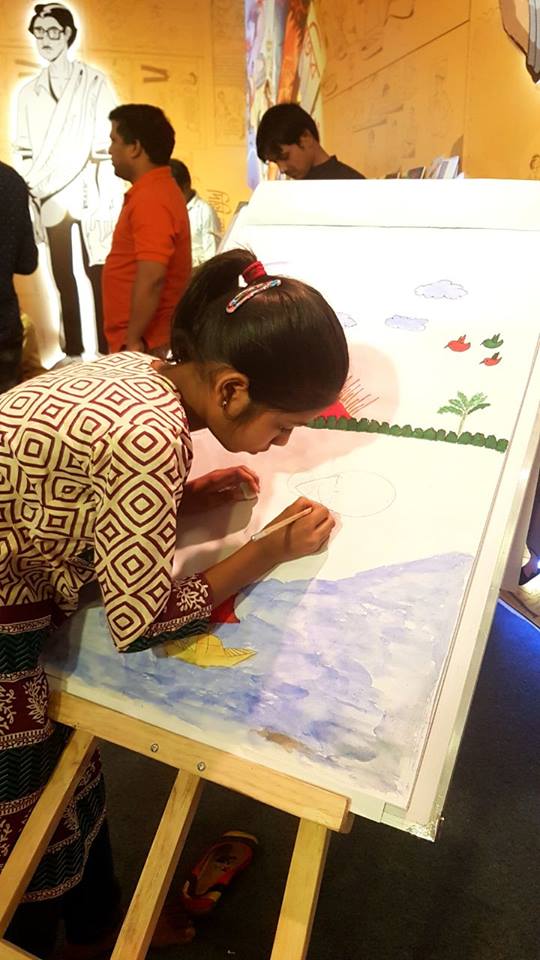 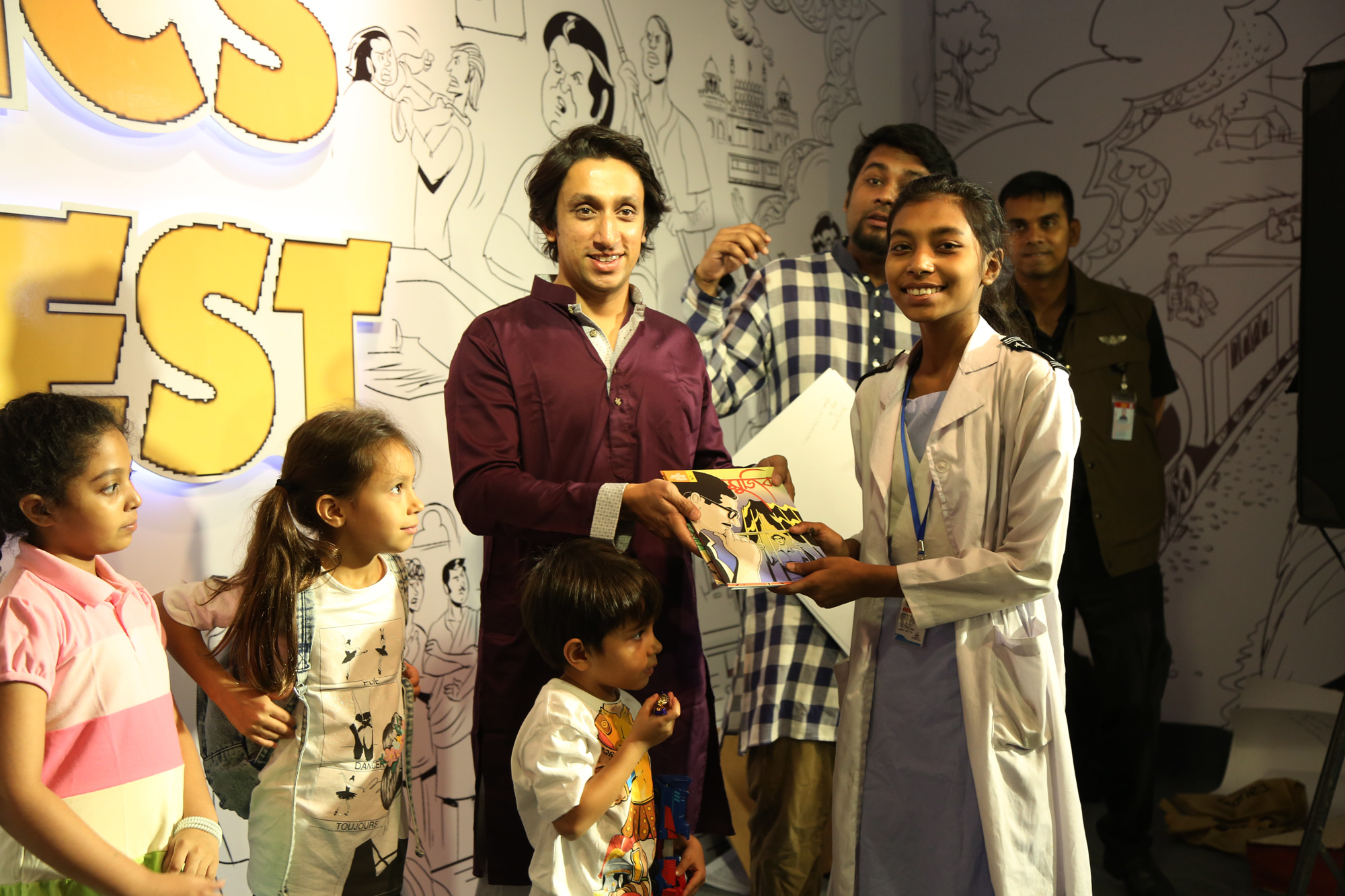 The attractions at the venue featured several attractive displays and installations including a wall for painting Bangabandhu’s images by children, a segment for reading all four parts of the graphic novel series ‘Mujib’, a photo booth where children could take their pictures with Bangabandhu, as well as a caricature corner where four cartoonists were painting cartoon images of the children with the Father of the Nation. It also featured photo wall consisting of Bangabandhu photos with family and other people to.

There was also a screening room, where a documentary on Bangabandhu titled ‘Rahman: The Father of Bengal’ by Japanese filmmaker Nagisa Oshima and the coloured version of Bangabandhu’s 7th March along with computer graphics of the Mujib Graphic novel series and clips from the previous year’s event. speech is being screened round the clock. Children attending are being given complimentary copies of the graphic novel series, Mujib. The biggest attraction of the first day however, was a comic contest as well as a quiz contest.

To popularise Bangabandhu, an initiative has been put in place since 2014 to bring a graphic novel series based on the unfinished memoirs of Bangabandhu.