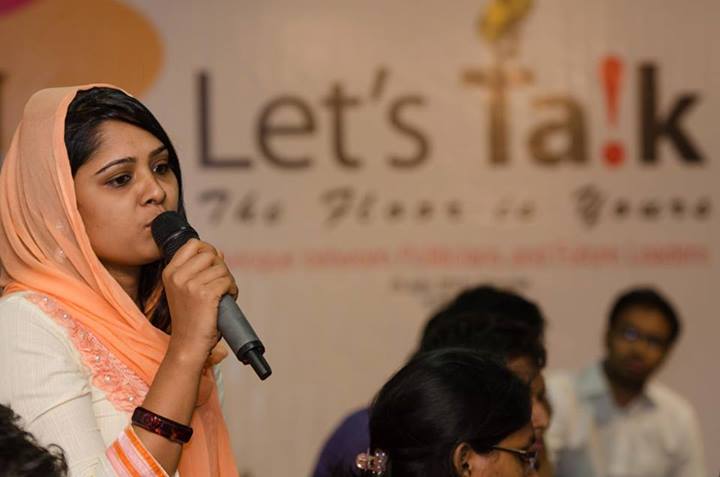 In the fifth session, students from various universities of Dhaka got the opportunity to ‘talk’ with Member of Parliament Abdul Wadud Dara. The event started with an icebreaking session where the participants formed groups of two. They were asked to know each other’s reason for attending the event. At the end of the icebreaking session, Abdul Wadud Dara MP joined the youths. Majority of the participants were delighted to get a chance to interact one to one with the MP.

Their questions were diverse, mostly focused on the current trend of politics. They asked whether there can be a referendum to decide on a caretaker government. They pointed out the fact that names changes of places and establishments as the government changes. ‘When this trend will not be in vogue?’; ‘Why can’t the two parties get along and create a stable political environment?’ Ispina Akhter-an attendee asked, “With the rise of Hefazat, where do women rights stand?”

They asked the MP to change the BCS quota system. Why Shahbagh movement got protection and not the protest for BCS-was asked by the attendees. Kabir from UIU added, “Why student politics is a rotten thing to many of us?” In his introductory remark, Abdul Wadud said, “First of all, thank you for organizing such events-events like this make sure that we keep accountable to our youths.” “I could have gone from here as I am a successful business man. Many did leave. But why I did not? Cause I wanted to contribute. Yes, negative attitude is present in the politics. We all are responsible for that. You have to make sure you-the youths grow a different attitude.”

About BCS quota, he said that quota system has been taken into consideration for modification, but it will be there. In many countries there is Minister without Portfolio. About digitalizing parliament he said that parliament has been digitalized fully. Now, they don’t use much paper and notices are delivered through emails. He added, “Construction of ICT Park in Jessore has started. In other places, land has been acquired. E-governance has been introduced in Jessore District. In other districts, it will be introduced soon. The internet cost may not be the lowest, but still it’s in comfortable zone. Also speed has increased…Also we have introduced e-cash, e-postal system. Now the results are published online. Books in pdf format are available online.”

The discussion was a lively one as participants and Abdul Wadud Dara MP shared their experiences. Mr. Dara talked about his experience during his student years and urged the students to be active in politics. Motivation needs to come from the inside. Mr. Dara shared his email address with the participants and told them to be in contact. There was a presentation on the achievements of the last 4 years by the Awami League Government. The event came to an end with a group photograph and iftar packages were distributed later on.