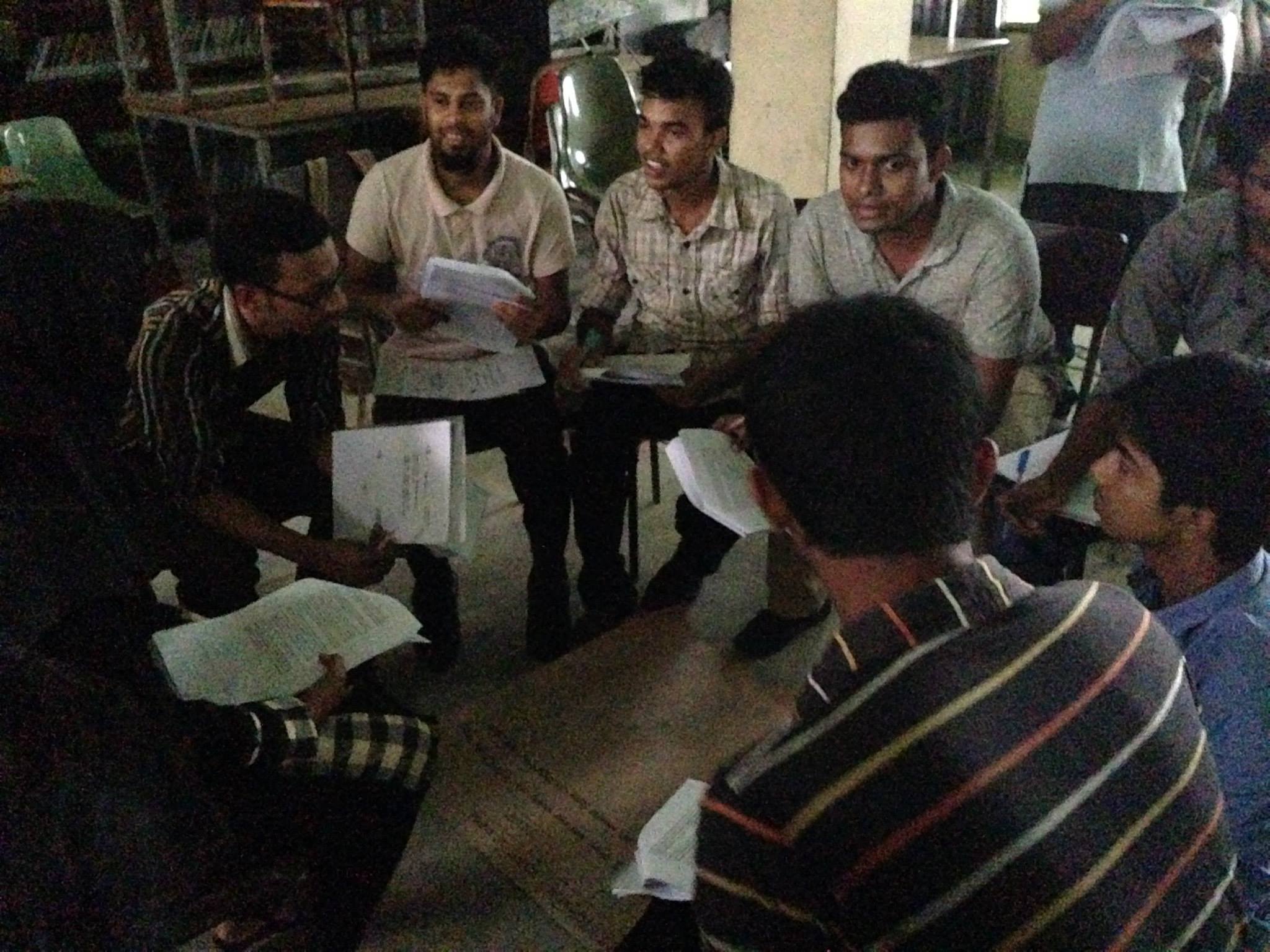 Policy Café is a forum for the youth to be engaged in policy discourses; simultaneously it’s a floor for them to be heard by the policy makers of the nation. In the first ever study circle for Policy Café held on 4th September 2013 at Shahid Munir Chowhdury Auditorium of Dhaka University, forty students from different universities participated in a candid discussion. The objective of the programme was to stimulate an appreciative inquiry of National Education Policy 2010. To attain this objective, the programme started with an exploratory presentation on the Education Policies of Bangladesh.

The discussion covered a number of topics including the history of Kudrat-e-Khuda Commission on Education Policy; focuses of the Ministry of Education; major initiatives taken by the MoE; major reforms undertaken by the current government for improving the quality of education; education policies of 2000 and 2004 and their inadequacies.

Later in the event, participants were divided into four groups and were given four different sections of the education policies to work on. After discussion and brain storming on given reading materials, each group came up with their work plan and they presented all their findings, assessment, suggestions, questions and comments one by one. The issues raised feel within the broad categories of primary education, Madrassah education and higher education.
Regarding primary education, the participants observed that entrance examinations in pre-primary educational stage is not logical. As regards Madrassah education, the participants expressed their frustration at the lack of a uniform and identical educational system for all. They opined that most such Madrassahs do not teach their pupils modern subjects of knowledge. They also expressed their doubt as to the qualitative difference within the Madrassahs themselves, drawing a distinction between Qawmi Madrassahs and general Madarassahs.

A spirited discussion also took place on the subject of higher education. The participants identified the lack of increase in government scholarships, candidly viewed their opinions on the current state of student politics in Bangladesh and the advantages and disadvantages of quota system for admissions to educational institutions.