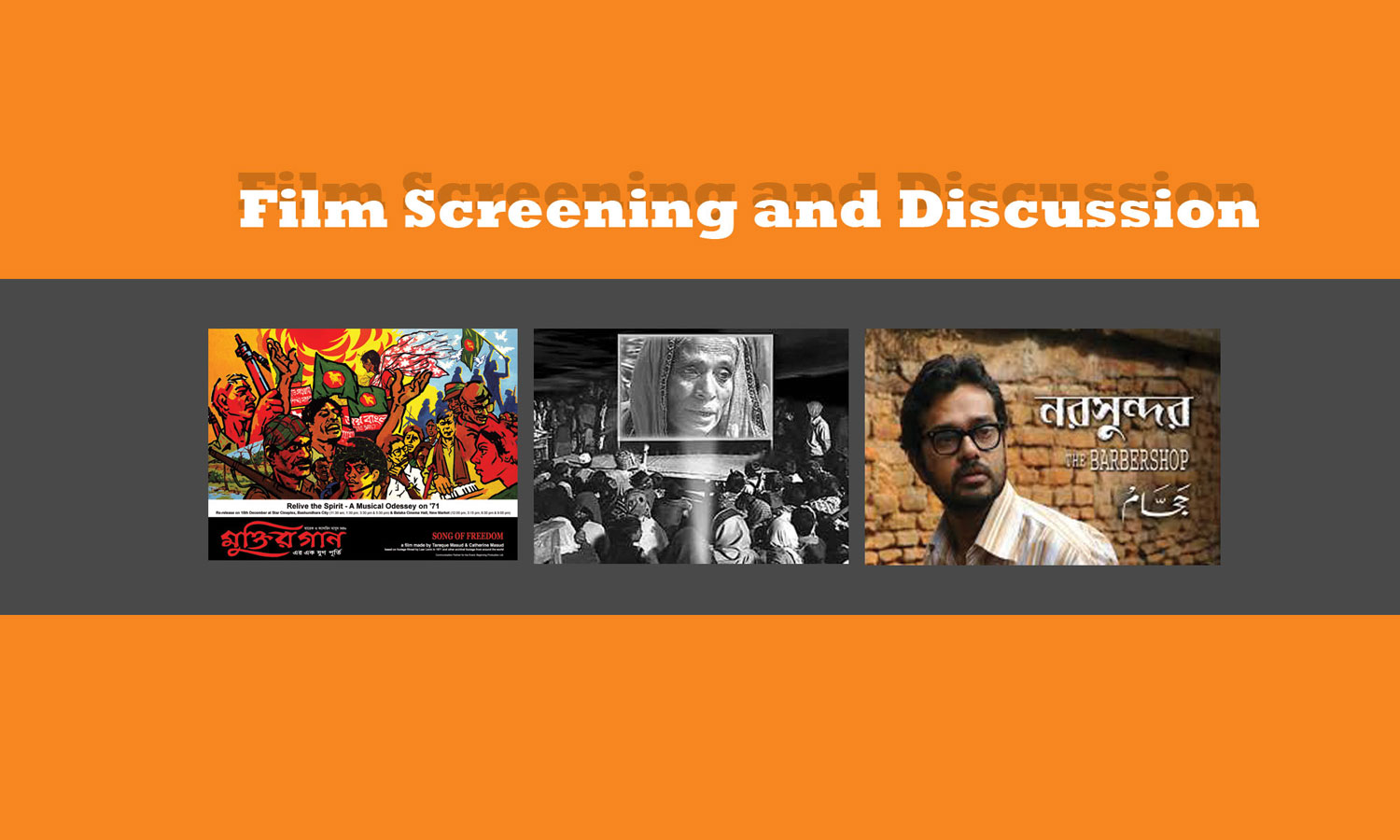 CRI Junction, the cultural wing of Centre for Research and Information has successfully organized a film screening & discussion based event titled “RETROSPECTING 71” on Dec 7 , held at Chhayanaut Auditorium. Through the screening of two creative visions of the late filmmaker Tareque Masud this event celebrated the legacies of our Liberation War. The program was opened for everyone on the basis of pre-registration. And ignoring all the political turmoil around 130 people, especially the youth, joined the program.

Bangladeshi national identity is rooted in the Liberation War of 1971 that transcends into our every cultural facet. Artistic depictions of the Liberation War in the form of films have contributed a lot to the formation of the dominant discourse of 1971, and vice versa.

Through the arrangement of screening two celebrated films named Muktir Gaan & Narashundor of the legendary director Tareque Masud, CRI Junction mainly aims at commemorating the dreams and struggles behind our Liberation War and its legacies.

Narashundor is basically a short film, released in 2008, focusing the overshadowed contributions of the Biharis in the erstwhile liberation era. By screening this film CRI Junction aimed at deconstructing the very idea of labeling the Biharis as pro-Pakistani. Youth was amazed by the cinematography & trademark story telling approach of the director and they acknowledged the film from an analytical angle.

The other movie Muktir Gaan (The Song of Freedom), directed by Tareque & Catherine Masud, was a documentary film which explores the impact of cultural identity & spirit of youth on the Bangladesh Liberation War in 1971, where music and song provided a source of inspiration to the freedom fighters and a spiritual bond for the whole emerging nation. The audience loved to see the real footages of Lear Levin used in this film. They perceived the struggles and dreams of the young freedom fighters by seeing the journey of Bangladesh Mukti Shangrami Shilpi Shangstha.

Please enrich us with your valuable comments & advices at: [email protected]

Let the adolescents grow up in the spirit