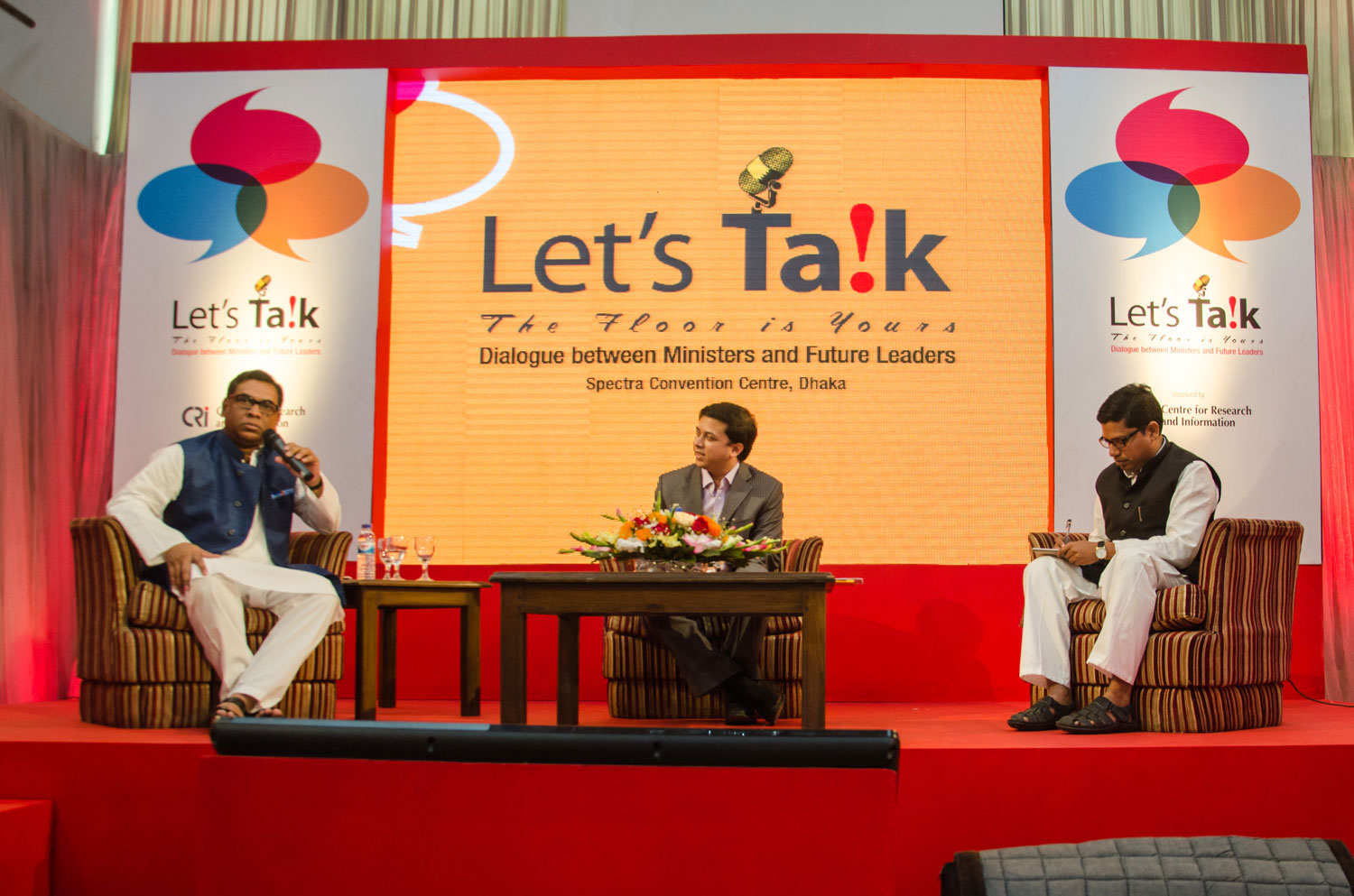 Let’s Talk is a platform which offers youths the opportunity to engage with politicians and policy makers face to face and express one’s ideas related to politics, national issues and development of Bangladesh. This time the floor offered young citizens and future leaders the opportunity to meet two newly appointed ministers of two very important ministries who happen to be quite young themselves: Mr Zunaid Ahmed Palak, Honourable State Minister of ICT Division (Ministry of Posts, Telecommunication and Information Technology) and Mr Nasrul Hamid Bipu, Honourable State Minister (Ministry of Power, Energy and Mineral Resources).

The aim of this particular initiative was to set up an open dialogue between members of the new generation and the ministers at the early days after getting the responsibility of respective ministries. It was envisaged that the questions, ideas, comments and recommendations which came from these young minds would encourage the ministers to integrate these in their commitment as well as implementation.

The session started with the ministers sharing their personal lives, student lives, and involvements in politics and a number of other unheard events of their life with the participants. The ministers articulated what is known as Vision 2021 and explained what they intended to do from their respective positions in order to realize their vision of a future digitalized Bangladesh. Different suggestions, questions were raised from amongst the participants to which the Ministers responded accordingly. 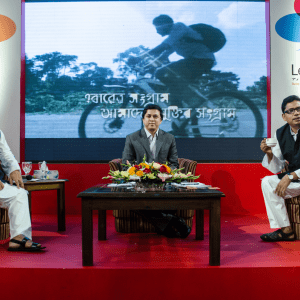 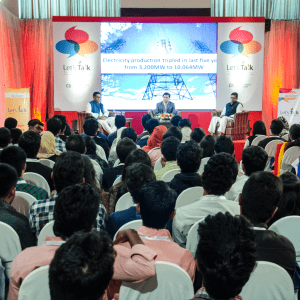 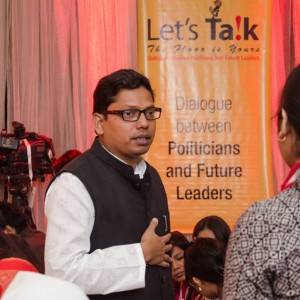 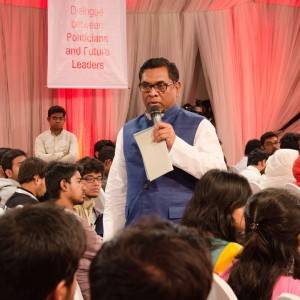 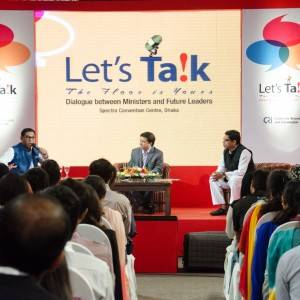 Various politically contentious matters also came up for candid discussions such as: bureaucratic procrastination; illegal gas connections and how they were harming genuine consumers; ethical use of power and energy; conditions of state owned corporations such as Bangladesh Telephone Company Limited, Bangladesh Television etc; how to address the issue of lack of technically skilled workforce; how to address more laboratory based science teaching in rural parts of Bangladesh; use of nuclear technology for power generation etc.

Zunaid Ahmed Palak shared different initiatives taken by his ministry to promote internet access and ICT based facilities throughout the country. He said that there will be more application developers in the country within 2021 and application developers will be certified as freelance entrepreneurs. Moreover, the state minister said that he will try his best to lower the internet costs so that everyone can access internet.

He pointed out some future plans such as bringing submarine cable SEE-ME-WE 5 for high speed internet by 2016; Paypal to be made available; digital signature to be introduced; school level programming to be introduced; developing 2000 mobile applications per year; 3500 computer laboratories are being set up by ICT ministry and more 5000 will be added by education ministry in coming days; setting up language laboratories throughout the country etc.

The minister also have assurances about future endeavours of his ministry including: a complete website for Bangladesh; making all official work of district and union level to be made paperless by 2021; improving infrastructure of Amader phone and Teletalk; free WiFi zone throughout Bangladesh; high speed internet throughout the country; digitalizing textbooks, setting up 7 high tech parks; and setting up ITEE (information technology engineer’s exam) exam for the young engineers.

The other state minister, Nasrul Hamid also shared different initiatives taken by his ministry and also answered the questions raised by the participants. He said that there will be no load shedding in the future and there will be zero electricity loss in the upcoming years. He outlined the government’s plans for renewable energy and assured that the government is actively considering introducing pre paid meters in all 64 districts of Bangladesh for ensuring transparency in usage of gas.

The minister also committed a few things in front of the participants such as: online services for electricity in villages within 5 years; pilot project of 10,000 prepaid meters being set up in old Dhaka; construction of LNG terminal; setting up country’s third port at Payra; exporting sand to the neighboring countries; emphasizing acquisition of nuclear power; and improving the condition of Ghorashaal power plant.

At the closing speech ministers said to the participants to be more active about the development of their own country. They also emphasized on knowing the pledge of government which has already been executed and also welcomed the criticism of the sides where government failed to meet their commitment. Students and participants said to the ministers that they want to see follow up of the development activities committed by them.