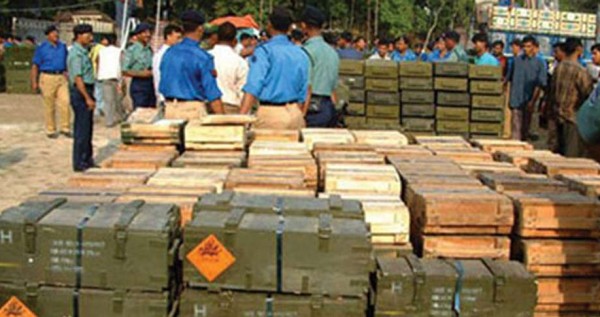 Bangladesh received glowing reviews regarding its anti terrorism measures in the recent US State Department’s Country Report on Terrorism (2013). It noted with recognition the “remarkable successes” Bangladesh has achieved in the task of combating national and transnational terrorism. The Report states that Bangladesh has made significant strides in the following aspects of counter terrorism: legislation, law enforcement, border security, terror financing, regional and international cooperation for combating terrorism, and social measures to address and fight the root causes of terrorism.
The Report commented: “The Government of Bangladesh has demonstrated political will and firm commitment to combat domestic and transnational terrorist groups, and its counter terrorism efforts made it harder for…terrorists to operate or establish safe havens in Bangladesh”.

Government’s commitment – Key to success
These successes have been a long time in the making. In particular, since the current government came to power in 2009 Bangladesh ceased being a safe haven for national and transnational terrorists.
After assuming responsibility, the AL led government placed highest priority to the task of combating terrorism. In line with that policy, they formed a 17-member “National Committee on Militancy Resistance and Prevention” in 2009, headed by the State Minister for Home Affairs and comprising of representation from relevant ministries and security agencies, to tackle extremism and mobilize public opinion against such activities.
The government banned four extremist outfits Jama’atul Mujahideen Bangladesh (JMB), Jagrata Muslim Janata Bangladesh (JMJB), Harkat-ul-Jihad al-Islami (HUJI-B), Hizb-ut-Tahrir (HT) and Shahadat-e-Al Hikma. Apart from these known groups, all terrorist groups designated as such by the UN Security Council Committee have also been banned.
In July 2009, the government formed an eight-member “National Committee for Intelligence Coordination,” with the Prime Minister as the Chairperson, to co-ordinate the intelligence activities of different agencies. The committee was also charged with improving the campaign against extremism through exchanges between law enforcement and intelligence agencies. Tough legislations to combat terrorism
In the same year, Bangladesh enacted for the first time, specific legislation designed to combat terrorism: the Anti Terrorism Act 2009. To bring this anti terror legislation in line with the UN’s Action Plan on Counter Terrorism Strategy and other resolutions, it has been amended twice subsequently.
In the latest such amendment, the Anti-Terrorism (Amendment) Act 2013, provisions were made for the courts to accept videos, still photographs and audio clips used in social media as evidence. The amended law also provides for capital punishment and stiff financial penalties for terrorism and subversive activities, depending upon the gravity of the crimes. 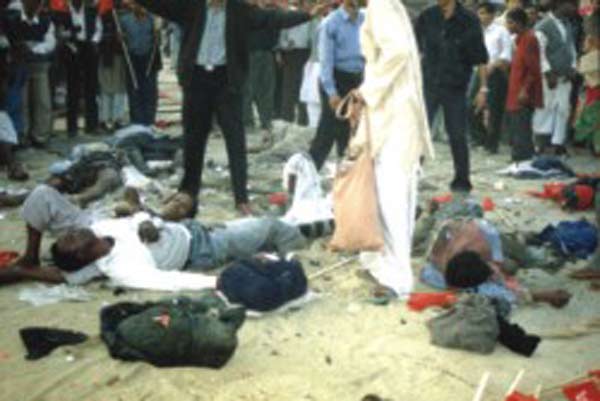 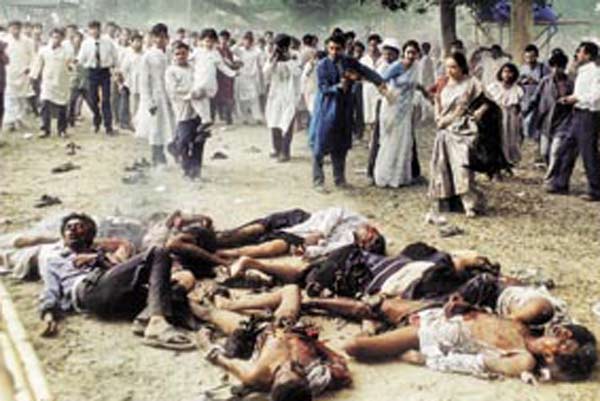 Social Measures to Combat Root Causes of Militancy
In 2010, the government formulated a strong anti militancy National Education Policy, which highlights the need for reforming the Madrassa curriculum. The government also introduced anti extremism chapters in academic text books. Additionally, the Ministry of Education has been organizing awareness programs against terrorism in different schools and colleges. Overall, the government has been integrating the civil society, NGOs and media in strengthening the campaign against terrorism and militancy.

Regional and international cooperation
In 2012, Bangladesh enacted the Mutual Legal Assistance Act 2012 which provides a legal framework for inter-country cooperation in carrying out enquiries, prosecutions and trial of criminal activities. This law empowers the government of Bangladesh to freeze properties of criminals and terrorists and their equipment used in criminal activities in line with the request of a foreign country.
On January 28, 2013, Bangladesh and India signed an extradition treaty for disrupting the regional connections and networks among terrorist outfits in South Asia. Additionally, Bangladesh and India has agreed to implement a Coordinated Border Management Plan (CBMP) and has agreed to increase the number of joint patrolling with a view to curbing criminal activities, including terrorism, along the long and porous border.
On 22 October 2013, Bangladesh signed an agreement with the USA which aims to enhance counterterrorism cooperation between the two countries in terms of capacity building, information sharing, and ensuring increased exchanges between law enforcement agencies.
Recently, Bangladesh Prime Minister Sheikh Hasina called upon the South Asian Association for Regional Cooperation (SAARC) member nations to work together to prevent and fight regional terrorism. A regional framework to fight terrorism is on the cards. Further, Bangladesh received full membership of the Conference on Interaction and Confidence Building Measures in Asia (CICA) on May 20, 2014. The CICA pursues multilateral cooperation in the fields of peace, security and stability in Asia.

Concluding remarks
Terrorism is a global phenomenon. Neither is one country responsible for it, nor is any one country obligated to remove it single handedly. It is a collective responsibility for which every country must play its role. Bangladesh is trying its best to contribute to world peace by taking a strong stance on local, regional and international terrorism.