Centre for Research and Information (CRI) today (3rd July 2014) organized a “Policy Café” with the young politician and IT Adviser to the Honourable Prime Minister, Sajeeb Wazed Joy. The topic of today’s session was “Youth Entrepreneurship: The Engine for Growth”. Around hundred youth entrepreneurs from a cross section of society took part in this interactive discussion. The event was also attended and addressed by several policy makers and people specifically working in the sector of youth entreneurship. The programme started at around 4.00 pm and continued till 6.00 pm. The programme was divided into four segments for ease of discussion and interaction, namely: 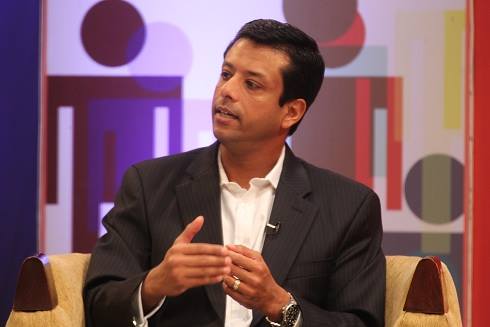 The session started with the moderators asking Sajeeb Wazed Joy about his journey as a youth entrepreneur in 1997/98 after finishing his graduation. He mentioned his problems regarding startup funds for starting his own enterprise in USA. He drew comparison with the situation of Bangladesh and USA, specifically as regards the problems faced by budding entrepreneurs.

The participants raised a number of concerns, made a number of queries and suggestions, including: 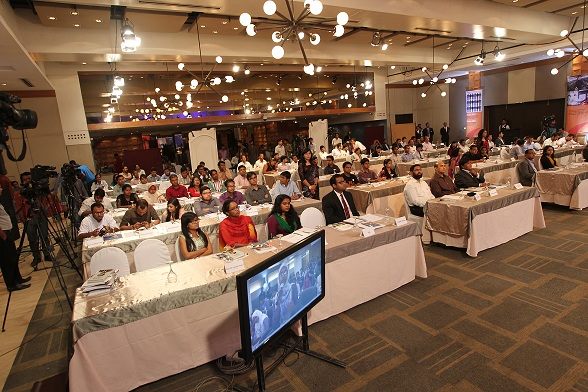 Sajeeb Wazed patiently listened to all the questions, suggestions, queries and recommendations with utmost patience and interest, making his own personal notes of everything that was being discussed. He concurred with the audience present that youth entrepreneurs are the backbone of tomorrow’s economy. Facilitating their growth is in the national interest. He assured those present that the Awami League led current government considers youth entrepreneurs as the drivers of growth and are ready and willing to do everything that is within their authority and capability to facilitate their prosperity.

The IT Adviser to the Prime Minister stressed on the role of private sector in funding initial investments for innovative ideas. He recalled his own story from the Silicon Valley days when he faced tremendous obstacles in starting his own IT based business. He pointed out that young entrepreneurs can look towards venture capital as a means of financing their innovations. Mr Joy also emphasized on the point of developing a culture of entrepreneurship among youths and youngsters, especially those still in their academic lives. He assured that the suggestions he wa staking with him would be passed on to the highest policy makers of the country for their consideration and wherever possible, implementation.

He thanked everyone for their active participation. He reminded everyone about the need to have a platform for youths to voice their concerns and ideas. That is why the initiative for Policy Café was taken in the first place. He stated that he wanted to listen more than speak as he believes that the youth of Bangladesh are full of ideas which need to be listened to. He expressed his hope that the youth’s concerns would be addresses as his party and the current government considered them to be one of the most important factors in the dream to achieve “Vision 2021”, the aspiration to turn Bangladesh into a middle income country by the year 2021.

After the live programme came to an end at 6.00 pm, Mr Joy spent some time informally conversing with the participants and listening to their concerns which could not be accommodated in the stipulated two hours of the event. During this segment too, Mr Joy was extremely interested in knowing what specific actions and/or steps can be taken on part of the government or policy makers in facilitating their ideas to become innovations and taking them to the end consumers.

The event ended with Iftaar being served to the participants. He thanked CRI for organizing the programme and asked the young people to become involved with the volunteer activities of CRI in order to play a more direct role in the research of policy making. Participants than had the chance to get photographed with the young politician and share some light moments.