On 22nd July 2014 (Tuesday), Centre for Research and Information (CRI) arranged a “Policy Study Circle” on the subject “Prioritizing Neurodevelopmental Disorders”.  About 60 students from various universities, and activists and social workers from the mental health sector took part in this shared learning session, designed to train and instruct them on neurodevelopmental disorders and autism, in anticipation of the Policy Café on the same to be held on 7th August 2014 with the global mental health advocate, Saima Wazed Hossain. The participants were briefed by three experts or resource persons on the subject:
1. Mr. Muzharul Mannan (Consultant Neurologist & Training Coordinator, CNAC, BSMMU);
2. Qazi Afroza Sultana (Special Educator & Vice Principal, Proyash);
3. Sajida Rahman Danny (President, Parents Forum for the Differently Able).

The session started with the three learned experts giving a brief idea about themselves and their work to the participants present. This was followed by the participants being briefed about CRI and how it organizes youth focused events and programmes. Next, a presentation was made on behalf of CRI on the current state of awareness on neurodevelopmental disorders and autism in Bangladesh and elsewhere.
The presentation in particular highlighted the steps which have already been taken in Bangladesh in recent times including the laws which have been passed, the institutions which have been developed and the policies which have been formulated. The presentation concluded with the steps currently being considered by the government for implementation in this regard.

The participants were then divided into groups of five and asked to study the resources on neurodevelopmental disorders and autism provided by CRI, with a view to educating them on the essential information on the subject and thereby enabling them to participate more constructively in the ensuing discussion. In this segment, the participants were asked to select a group leader from amongst them who would present their suggestions and queries on behalf of their respective groups.

Suggestions and Queries
Amidst the discussion that followed, a number of queries were made to the experts present. Additionally, the young activists and students themselves made a number of suggestions. The following is a summary of the key points raised during the session: Developing a culture of tolerance and understanding: All the speakers concurred that whilst steps are being taken by the government to put the issue of neurodevelopmental disorders on the forefront of national health policy and actions, the most crucial thing to achieve in the coming days would be to develop a culture of tolerance and understanding throughout society. People need to be more receptive towards children and people with special needs, including but not limited to, people with neurodevelopmental disorders and autism.

Sajida Rahman Danny brought up the issue of social stigma which is often suffered by parents of such children. She stressed that parents need to be more receptive to the needs of their special children, which is still unfortunately, still not the prevalent trend in Bangladesh. They need to accept that the child or children in question are theirs just like any other child or children. They need to be more assertive and vocal about giving them a life which any child deserves. She added that in order to achieve this, there has to be initiatives to counsel the parents themselves. She stressed that parents are the biggest advocates in this regard and without their widespread and effective participation, any measure would be in vain.

Special needs’ schools and trained teachers: Conventional education and teachers are not well equipped to deal with children with special needs. There is a need to build and run specialized schools customized to cater to special needs with teachers specifically trained for such purposes. Even in conventional schools, teachers need to receive specific training on how to deal with children with neurodevelopmental disorders and autism.

Dr. Mazharul outlined the necessity of need-based and/or individual training in this regard. He further added that the amount and type of training would often depend on the type and magnitude of the disorder. There needs to be special and separate curriculum for such children. The current government has already initiated the process of developing a special module on the subject to be taught at universities. Classmates and friends will also need to be more receptive to the needs of such children. The participants outlined the need for developing courses for colleges and above which would teach people the basic of special needs children and adults. 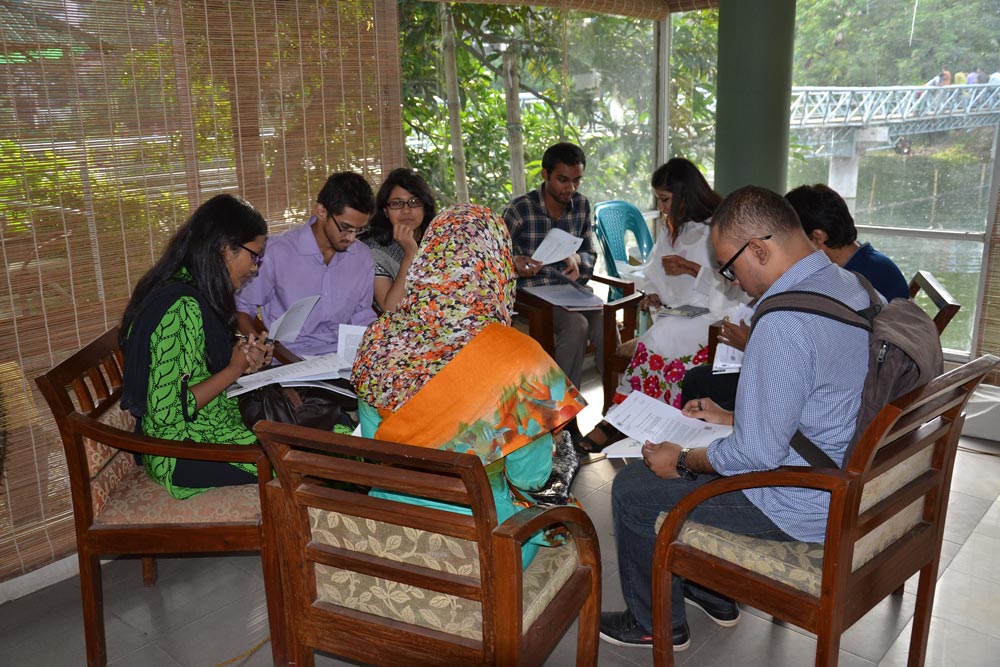 Need for early screening and diagnosis: A prerequisite to proper treatment of people with neurodevelopmental disorders and autism is early screening and diagnosis. The experts opined that parents need to play a crucial role in this early screening aspect as they are often perfectly placed to subjectively assess the symptoms of their children. While one participant raised the issue of whether mandatory IQ test should be instituted for early screening of such disorders among children starting their mainstream education, Qazi Afroza Sultana pointed out that, IQ tests may not be the ideal way to proceed as there are questions of reliability of such tests. She stressed that the criteria should rather be performance based.

Benefits of international resolutions need to reach grass roots: Bangladesh in general, and Saima Wazed Hossain in particular, have been instrumental in passing two crucial resolutions at UN and WHO, which have brought the issue of neurodevelopmental disorders to the global forefront. In order to implement these international resolutions, the current government has so far taken a number of steps and actions, including passing two key legislations. It has to be ensured that the people living in rural and remote areas receive the benefit of these international and governmental measures.

Dr. Mazharul stated that the government has started the process of prioritizing neurodevelopmental disorders and autism in the Upazila and Union levels (smallest units of local government in Bangladesh). Much more can be done by involving the community clinics, community health workers. In particular, they can play a crucial role in early screening and identification of neurodevelopmental disorders among children, paving the way for early treatment.

Raising awareness, not only in urban centers, but also in remote localities: The speakers wanted to know what steps have been, are being, and will be, taken by the government to raise awareness among citizens regarding autism. The experts pointed out several campaigns are currently underway to raise awareness about autism and neurodevelopmental disorders.
Awareness among children themselves about these issues is also material to achieve. For example, customized educational animations and cartoons for children which help them learn more about their fellow classmates who might be suffering from one form of neurodevelopmental disorders or another. They also pointed out that the government has already modified primary school textbooks to make children more aware of those with special needs.

The experts pointed out that college and university students need to play a more proactive role in raising awareness about these issues among their countrymen. They encouraged them to form and maintain clubs/associations to create awareness. The students themselves pointed out that there are many among them who are interested to volunteer, but lack any proper platform to do anything. They also stressed that special education should be made a specialized field so that many opt for a career choice to become a special educator.

Accessibility of disabled persons: One of the students pointed out that compared to many developed nations Bangladesh still does not have a disabled friendly construction and transportation system. They requested that more steps be taken from the state to develop a more disabled friendly construction and transportation regime. From reserved seats in public transportations, to buildings and pedestrian walkways with ramps, there needs to be an overall shift in how we perceive the role of people with special needs in society.

Although the session was supposed to end at 6.00 pm (having started at 4.00 pm), the enthusiastic speakers and participants continued until after Iftaar due to the spontaneous engagement of the majority of participants. Despite the fact that most of the participants were fasting, they showed no signs of exhaustion. The lively discussion was followed by Iftaar and ended with the hope of an even more informative and fruitful “Policy Café with Saima Wazed Hossain”, scheduled to be held on 7th August 2014.