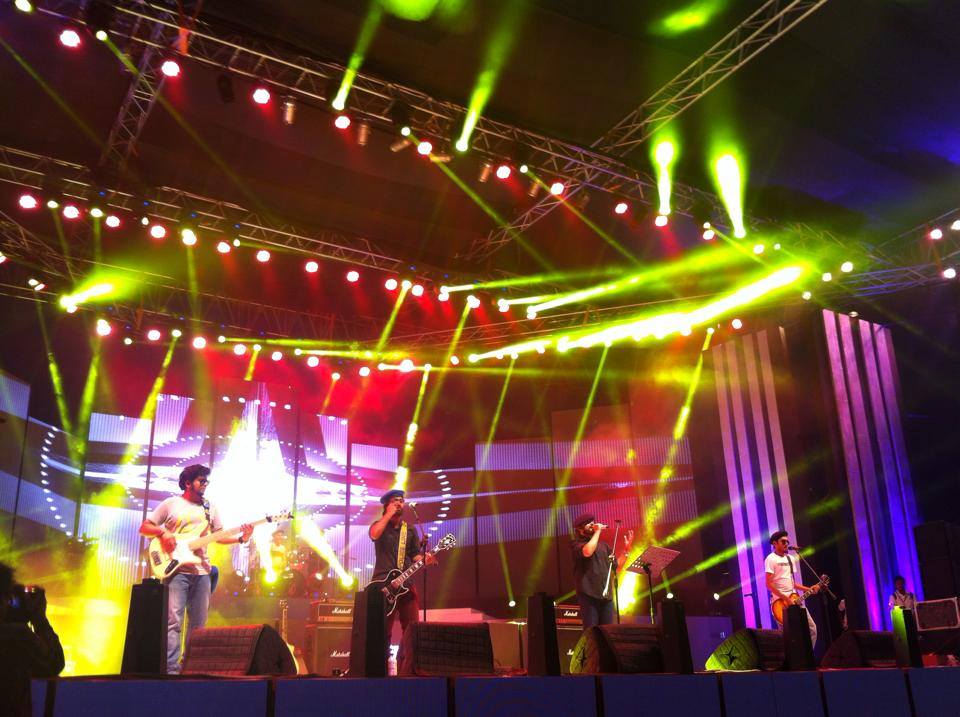 “Since we have given blood, we will give more of it. Insha’Allah, we will free the people of this land. The struggle this time is for emancipation. The struggle this time is for independence. – Joy Bangla!”
This 7th March historic speech of Sheikh Mujibur Rahman gives us reason to believe in ourselves again and again. 7th march is a day of immense significance in the history of Bangladesh. Because that time for a subservient nation two words ‘Joy Bangla’ made them understand the fruit of independence. ‘Joy Bangla’ is actually the first declaration of independence of Bangladesh. To revive the spirit of ‘Joy Bangla’ this year 7th march, 2015, ‘Joy Bangla Concert’ was presented by Young Bangla at the Army Stadium in Dhaka.

Young Bangla is a platform initiated by Centre for Research and Information (CRI) and other convening organizations. The concert was open for all and ‘Young Bangla’ distributed 30,000 free tickets through its website. All the gates of the Army Stadium were opened at 1:30pm and the concert continued till late night.

The programme was hosted by Jewel and Munmun. They reminded everyone that 7th March was the anniversary of Bangabandhu’s historic speech in 1971. The concert was started with renowned musician and freedom fighter Ahmed Imtiaz Bulbul’s, grand orchestra that played our National Anthem, followed by a rendition of “Shob Kota Janala”.
The leading and popular bands enthralled the crowd with their songs apart from rendering the patriotic and motivational songs of “Swadhin Bangla Betar Kendra” which inspired the war heroes during the liberation war.

Warfaze, Artcell, Arnab and Friends, Shironamhin, Nemesis, Arbovirus and Shunno were the bands to rock the audience. Most significant part of this concert was that besides traditional band performances it arranged a mesmerizing laser show regarding the speech of 7th March and Bangabandhu.
The stage, the lights, the sounds and the ambience-all arrangements were great and it made the concert remarkable. Not only youth but also people of all ages, VIP’s, Ministers, Parliament members and government officials were entertained by the program. This successful program showed that still our young generation holds history in their heart.