The government has taken the initiative, setting up countrywide Computer labs and Language Training Labs titled ‘Sheikh Russell Digital Lab’ and ‘Sheikh Russell Digital Language Training Lab’. These labs were named after Sheikh Russell, the youngest son of Father of the Nation Bangabandhu Sheikh Mujibur Rahman. The ICT Division under the Ministry of Post, Telecommunications and IT and Center for Research and Information (CRI) has signed a Memorandum of Understanding (MoU) on 2 October, 2016, for imparting training to more than 2000 digital labs set up by Sheikh Russel Computer and Language Lab (SRCLL) in schools and colleges across the country.

According to the MoU, Young Bangla(YB), the youth platform of the CRI, will oversee information and communications technology (ICT) training and supervise, monitor and maintain the overall activities of these labs till 2018. Under the understanding, for each lab, two coordinators and ten volunteers will be responsible for the overall arrangement and offering of training among the students, which will be nominated by CRI-Young Bangla. Selection of the volunteers and coordinators will be made from the list of volunteers registered with Young Bangla and the receivers of the Joy Bangla Youth award, a signature campaign run by the Young Bangla platform. The signing took place at the office of the ICT Division with State Minister for ICT Zunaid Ahmed Palak, Sabbir Bin Shams, Executive Director, CRI and ASM Shafiul Alam Talukder, Project Director (acting) of SRCLL. 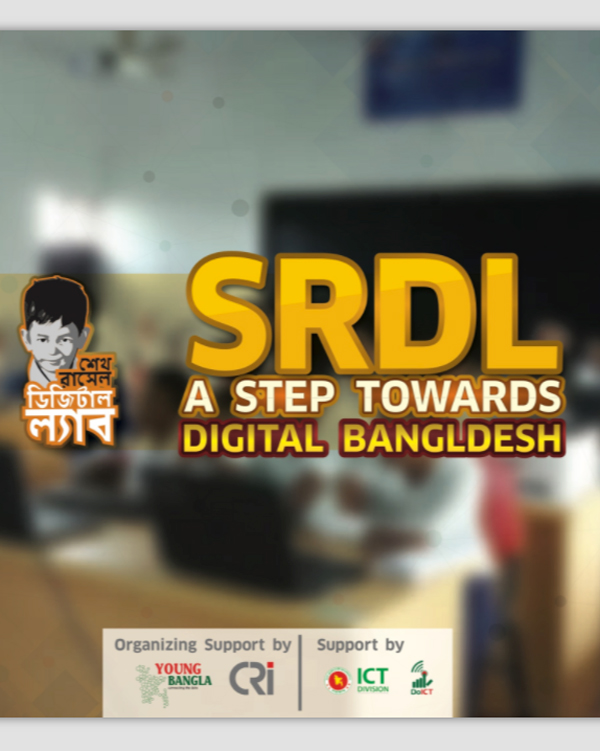 Funded by the ICT Division, the project titled ‘Establishment of Computer and Language Training Labs in Educational Institutions’, has already established a total of 2001 computer labs, including 65 language training labs in high schools and madrasahs across the country. A further 900 labs would follow in the future. Of the 2,001 computer digital labs, 544 labs were set up in Dhaka division, 387 in Chittagong, 228 in Khulna, 295 in Rajshahi, 218 in Rangpur, 183 in Barisal and 146 in Sylhet Division under this project.

As part of the ‘Digital Bangladesh’ initiative, students will be provided with IT and foreign language skills in these labs, leading to a ‘digitalized generation’ from their early schooling. Every district has received at least one digital language training lab where students can learn nine languages including –English, French, Spanish, Japanese, Korean, Russian, Arabic and Chinese. These language labs will be equipped with language software and around 1,000 teachers have been recruited, who are now in training.

The labs with internet connections will also be used as multimedia classrooms, cyber centres and training labs by the school authorities as these labs will be equipped with laptops, printers, scanners, multimedia projectors, and 3G routers. Each lab can accommodate up to 16 students or trainees and an instructor. The young generation in turn are expected to be proficient in IT as well as foreign languages, leading to enhanced freelancing and outsourcing workforce of the country.
According to Sabbir Bin Shams, “This scheme will enable our students at schools and colleges acquiring an understanding on ICT knowledge, given that without this, attaining Vision-2021 will not be possible…Moreover, we would work hand in hand with the concerned authorities both at schools and colleges to train up the young students”.