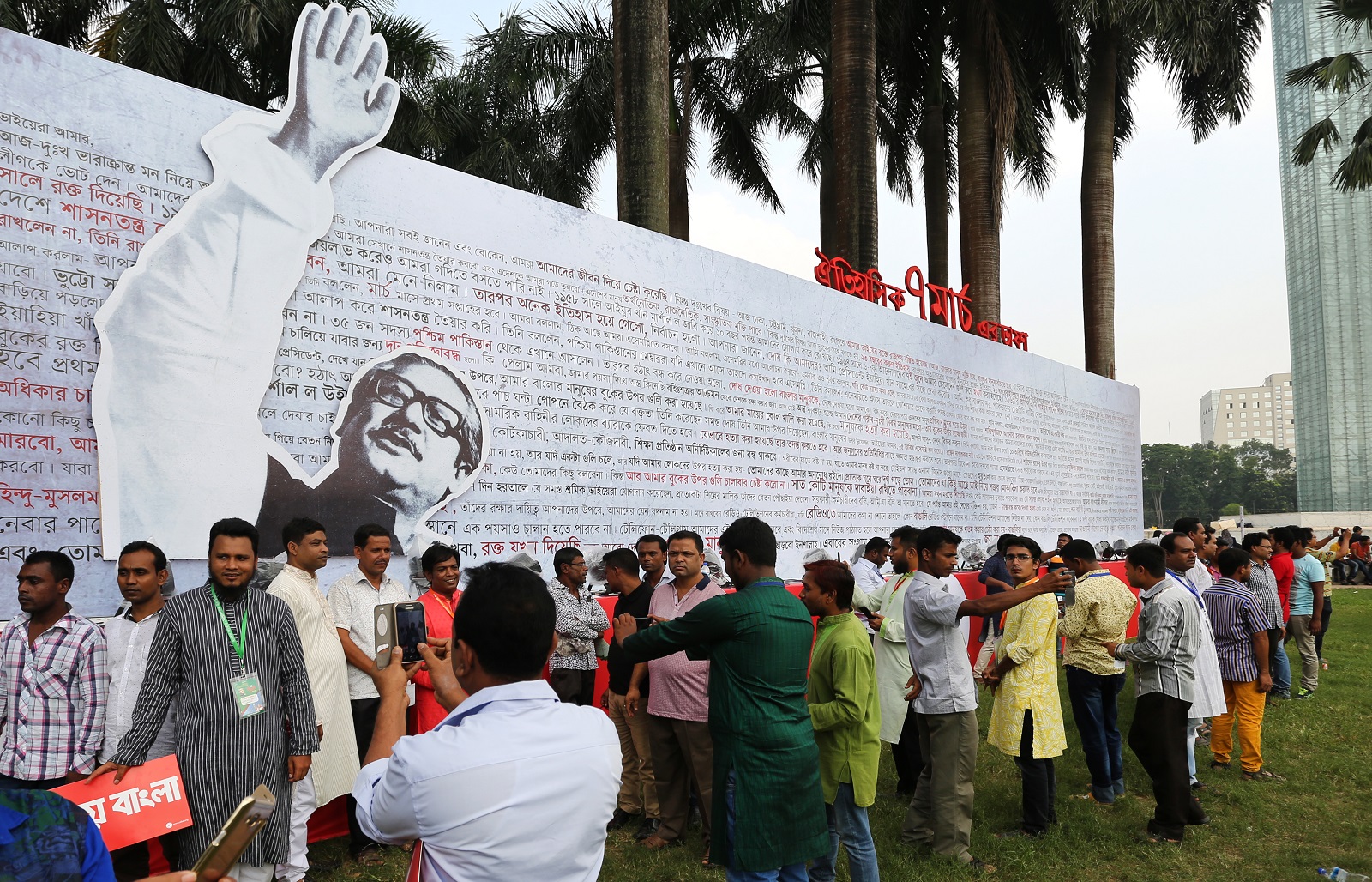 Centre for Research and Information (CRI) had an extensive presence at the 20th National Conference of Bangladesh Awami League.

Being held on the 22nd October and 23rd October, 2016, this two day mega democratic exercise is taking place respectively at the historic Suhrawardy Udyan and the Institution of Engineers, Bangladesh (IEB), Dhaka. CRI had lined up a host of activities and creations designed especially for the attendees at the council, publicize the history of the party as well to ensure maximum engagement of the people at large with the event in question. In this report, we will look at CRI’s involvement with various activities at the conference venue.

Creative Installations: In order to highlight the history of the party so far, CRI set up a number of creative and visually stunning installations throughout the venue of the conference. These included: a timeline of the life story of Honorable Prime Minister and Awami League President Sheikh Hasina dating from 1981-1996. This highlighted her journey as she returned home to Bangladesh from exile abroad in 1975 to 1996 when led by her, Awami League returned to power after 21 years and she became the Prime Minister of Bangladesh for the first time; a photo exhibition on the life and struggles of the Father of the Nation Bangabandhu Sheikh Mujibur Rahman, like his interactions with famous political leaders of the region. There was another creative installation on Bangabandhu, the theme of which was his historic address from 7th March, 1971, when the great man effectively declared the independence of the country and mentally prepared his people for the war that was to come soon. There was also a creative installation on the journey of Bangladesh Awami League from 1948 to 2008.

Stalls by CRI and ALBD: CRI set up its own stall in the 20th National Conference venue, where it put up for free dissemination and display its various materials and publications, including those specifically prepared for the occasion. CRI’s signature development, thematic and creative publications and souvenirs for sale were also on display and dissemination. In its stall, CRI also arranged for screening of various development oriented videos and audio-video presentations all through the day.

CRI also helped the ALBD Web Team (Bangladesh Awami League’s online wing) to set up and manage their stall at the venue. This stall too put up for free dissemination and display various materials and publications, including those specifically prepared for the occasion, and reputed and credible materials by external sources on the party and its leaders. Video screening was also arranged by this stall where audio-visual materials on development, Bangabandhu, party and Sheikh Hasina were shown throughout the day. The stall also contained laptops and tablet PCs where visitors could register as online supporters of Bangladeshi and browse the party’s online platforms.

Leaflets, Posters and Placards
In order to publicize the successes of Bangladesh in the last seven years, CRI prepared 10 leaflets highlight the comparative development of 10 sectors in the last 7 years. These concerned economic prosperity, power and energy, socio-economic development, agriculture and food security, Digital Bangladesh, communications infrastructure, rule of law, education, health and women empowerment. CRI also prepared 3 merchandise posters which were available for sale at the venue of the 20th National Conference. The theme of these posters were Bangladesh Awami League and the Father of the Nation Bangabandhu Sheikh Mujibur Rahman. Additionally, two colourful and meaningful placards were prepared by CRI with the text ‘Ekhanei Thambo Na’ (We’ll not stop here) and Joy Bangla (the slogan signifying the spirit of the Bangladesh Liberation War). These were all distributed for free from both the stalls mentioned above.

Documentation: CRI also played a documentation and recording role at the 20th National Conference by video recording the entire day’s proceedings, taking photographs of all aspects of the event and keeping a written record of the whole day. Download Link: https://cri.org.bd/files/albd_council_2016/