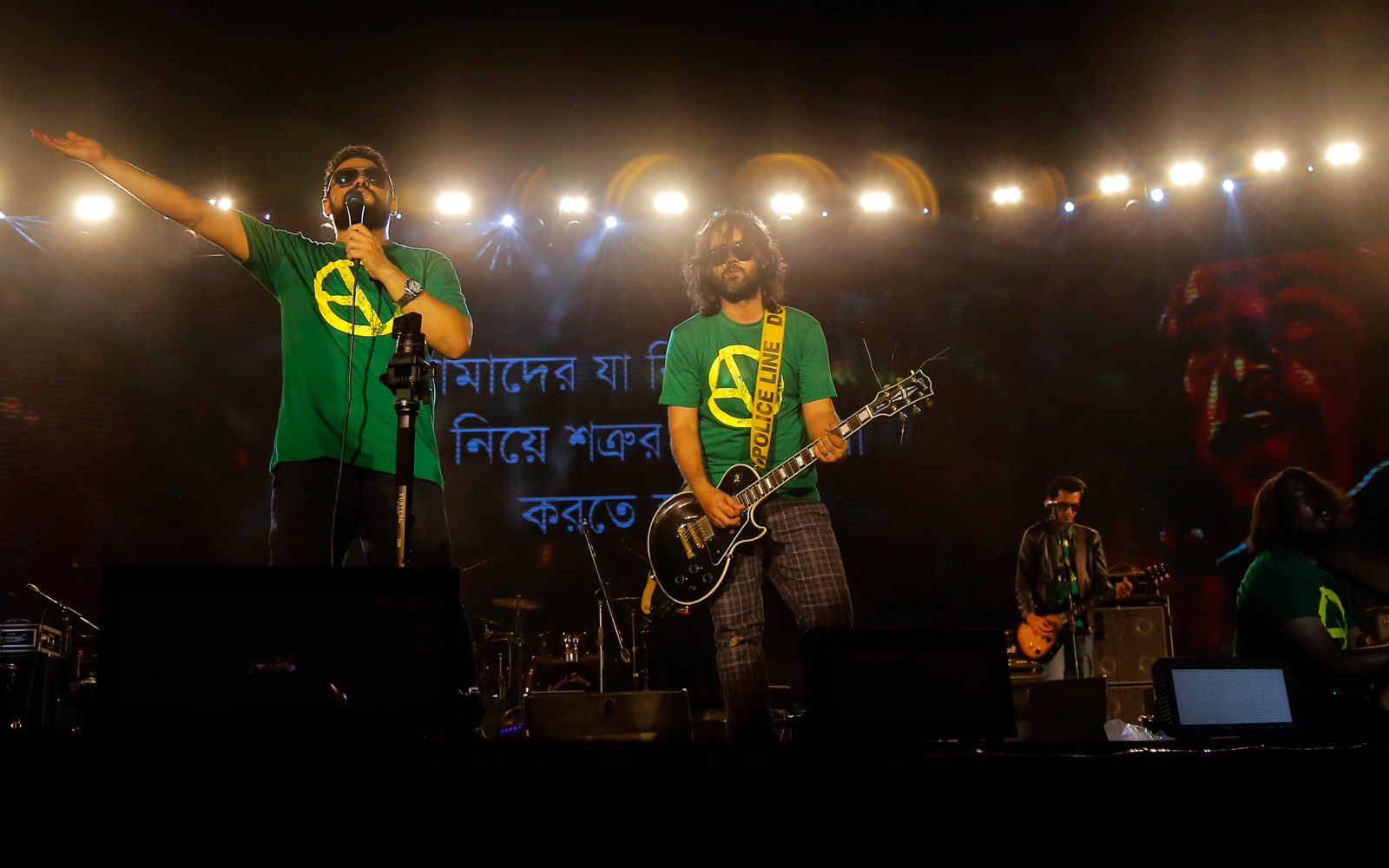 Like every year, Young Bangla arranges this musical program to pay tribute to the historic 7th March 1971 speech by the Father of the Nation Bangabandhu Sheikh Mujibur Rahman. The aim is to culturally inspire the youth of today through the words and message of the historic speech, which speaks of the timeless message of equality, justice and standing up for what one believes in, notwithstanding the odds against.

The concert venue remained same as the last two years at Army Stadium in Dhaka. It was started with the National Anthem ‘Amar Shonar Bangla’ performed by Independent University of Bangladesh (IUB) Choir team. This was followed by the moving performance by the scheduled bands. The leading bands like Warfaze, Shironamhin, Shunno, Arbovirus, Lalon, Chirkutt, Cryptic Fate and Nemesis performed their hit songs along with one patriotic song from Swadhin Bangla Betar Kendra.

The concert seeks to imbue the youths of the country with spirit of Liberation War by using the universal medium of music, culture and arts. It also featured original compositions by Sujeo Shyam. In the turbulent days of 1971, Mr. Shyam and his fellow musicians created songs for Swadhin Bangla Betar Kendra to give the morale of freedom fighters a boost and keep the hope for an independent Bangladesh alive. Forty-six years after, five of such songs, rarely rendered since 1971, were presented before the audience of this new generation at the Joy Bangla concert.

The event was telecast live by our partners— Maasranga TV, Boishakhi TV, Ekattor TV, Channel 9 and Gaan Bangla. Representatives from Shomoy TV, NTV, RTV, MY TV, Channel I and ATN Bangla also ensured extensive coverage throughout the duration of the program. People also tuned on to listen to the concert live on radio through Radio Dhol 94.0 FM. The event was joined by over 40,000 people at the venue. There was also arrangement for people across the world to enjoy the event live online through the live-streaming services made available in the websites and Facebook Page of Young Bangla, bdnews24.com, Deepto TV and Gaan Bangla.