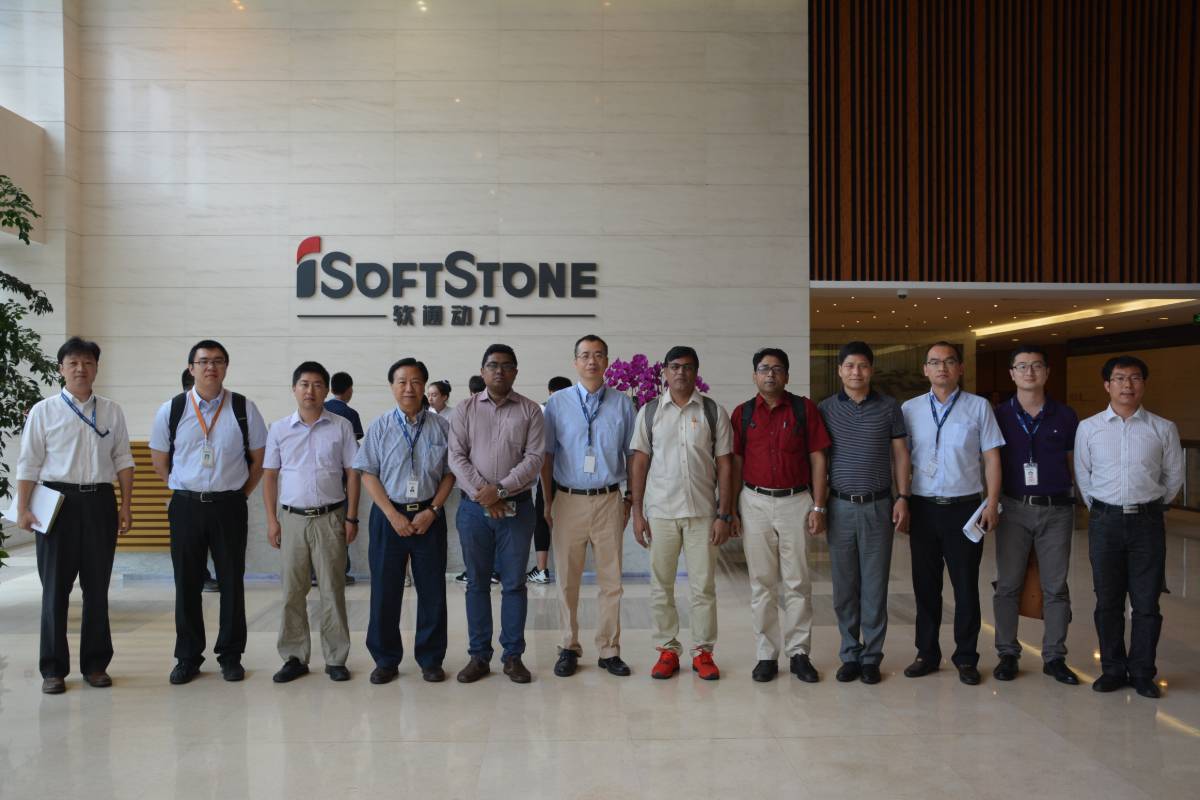 Representatives from Centre for Research and Information (CRI) and Bangabandhu Sheikh Mujibur Rahman Agricultural University(BSMRAU) has attended an official visit to China from the 11th – 17th June 2017, which was facilitated by iSoftStone Technologies (ISST), a joint venture of Chinese Huawei Technologies.

The objective of the tour was to discuss the progress of 1st phase of the e-village project being implemented by BSMRAU, for which CRI acting as the strategic partner. The first meeting was held at the iSoftStone Head office in Beijing with their team consisting of Mr. Walter Fang, Executive Vice President, Mr. Charlie Cao, Vice President, Marketing & Strategic Alliance, Mr. Zijian Wang, Senior Vice President, BU Smart Agriculture and Trade, Mr. Ying Huang, Corporate Executive Vice President and ISST President, Mr. David Wang, President Assistant and Mr. Nash Liu, Chief Consultant, ISST Solutions Business Department. There were discussions on the possible extension of the project and a submission of the 2nd phase of the e-village project.

This was followed by a meeting with Ms Huang Qinghong, Director Investment Promotion Agency of Ministry of Commerce of the People’s Republic of China, Department of Electronic and ICT industry along with other officials of the said organization. The director expressed interest to sign a Memorandum of Understanding (MoU) between Bangladesh and China. The director highly appreciated the outcome of the e-village project and wishes to extend her cooperation for future initiatives along with other sustainable projects for the development of the people of Bangladesh.

The tour also included a meeting with Mr Peng Wang, a co-owners of national food safety and nutrition (Guizhou) information technology (nfsi) for discussions on the visit to Big data initiative in china, smart village, and food processing and food safety. This was followed by a meeting with Ms. Tan Hong, President of Guizhou Science Academy, where the Bangladesh team proposed to organize a Big data conference in Bangladesh for our policy makers and other stakeholders to understand the prospect of Big data in the coming years. The president of the Science Academy also expressed her willingness to support possible future collaboration and proposed organizing a Big data conference in Bangladesh.

The tour ended with a visit to the Laboratory Information Management System for ensuring food safety in China and a meeting the CTO Peng Wang of FFSI where the potential of food processing business in Bangladesh also discussed. A presentation on the prospects of attracting Chinese investors in the area of food processing in particular mango and jackfruits processing was conducted by the team leader.