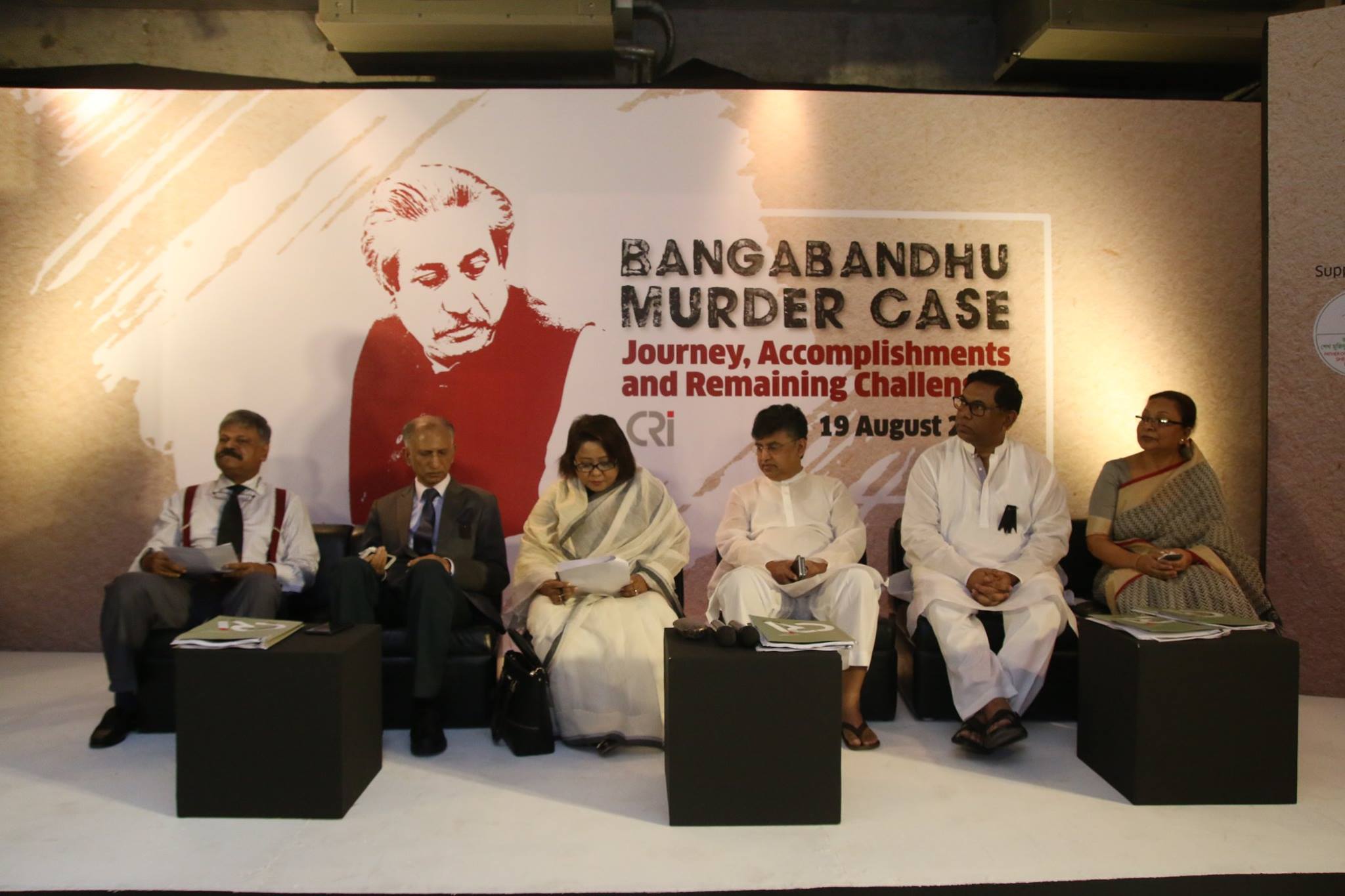 On August 19, 2017, Centre for Research and Information (CRI) organsied the seminar “Bangabandhu Murder Case: Journey, Accomplishments, and Remaining Challenges” at the auditorium hall in the Bangabandhu Trust Memorial premises. This event being held on the National Mourning Day aimed to pay homage, respect and tribute to Bangabandhu and other victims of that darkest of nights. The half-day academic seminar had opened floors for discussions and offered insights to one of the most important and landmark decisions of our legal history, the Bangabandhu Murder Case.

Speakers in the seminar included prosecutors and investigators of the case, legal academics and senior journalists. The audience consisted of around 70 students from higher educational institutions and young professionals, mostly from the legal sector.

Moderator
Dr. Mizanur Rahman, Professor, Department of Law, University of Dhaka, and former Chairman, National Human Rights Commission Bangladesh
On August 15, 1975, Bangabandhu was assassinated along with most of his family members at his home by some misguided army officers. After the brutal murder, the then Khondker Mushtaque Ahmed-led government promulgated the infamous indemnity ordinance on September 26, 1975 to protect the killers from justice. The then BNP government, led by President Ziaur Rahman, ratified the ordinance in the Parliament in 1979. Twelve army officers involved in the assassination were given jobs in diplomatic missions abroad in 1977 when Ziaur Rahman came to power through a military coup.

The session concluded with a question and answer session from the audience and a speech from CRI trustee Radwan Mujib Siddiq, grandson of Father of the Nation Bangabandhu Sheikh Mujibur Rahman.

He told the audience how was astounded as a kindergarten student during 1986 when he first came to know that the killers of his grandfather were protected by a law. “I was surprised to know the indemnity law . . . how this can be a law?” said Siddiq. He expressed how annoyed he was as a child, when he learned he had to change schools when the Bangabandhu killers’ children started attending the same school. He asked his mother why he had to change school. It was then that he first found out about the indemnity ordinance.

“Our family never hides history from us. So we were briefed about the brutality,” he said, recalling that the kids of his age then did not know anything about Bangabandhu.  He could not even speak about his grandfather in the school for security reasons.