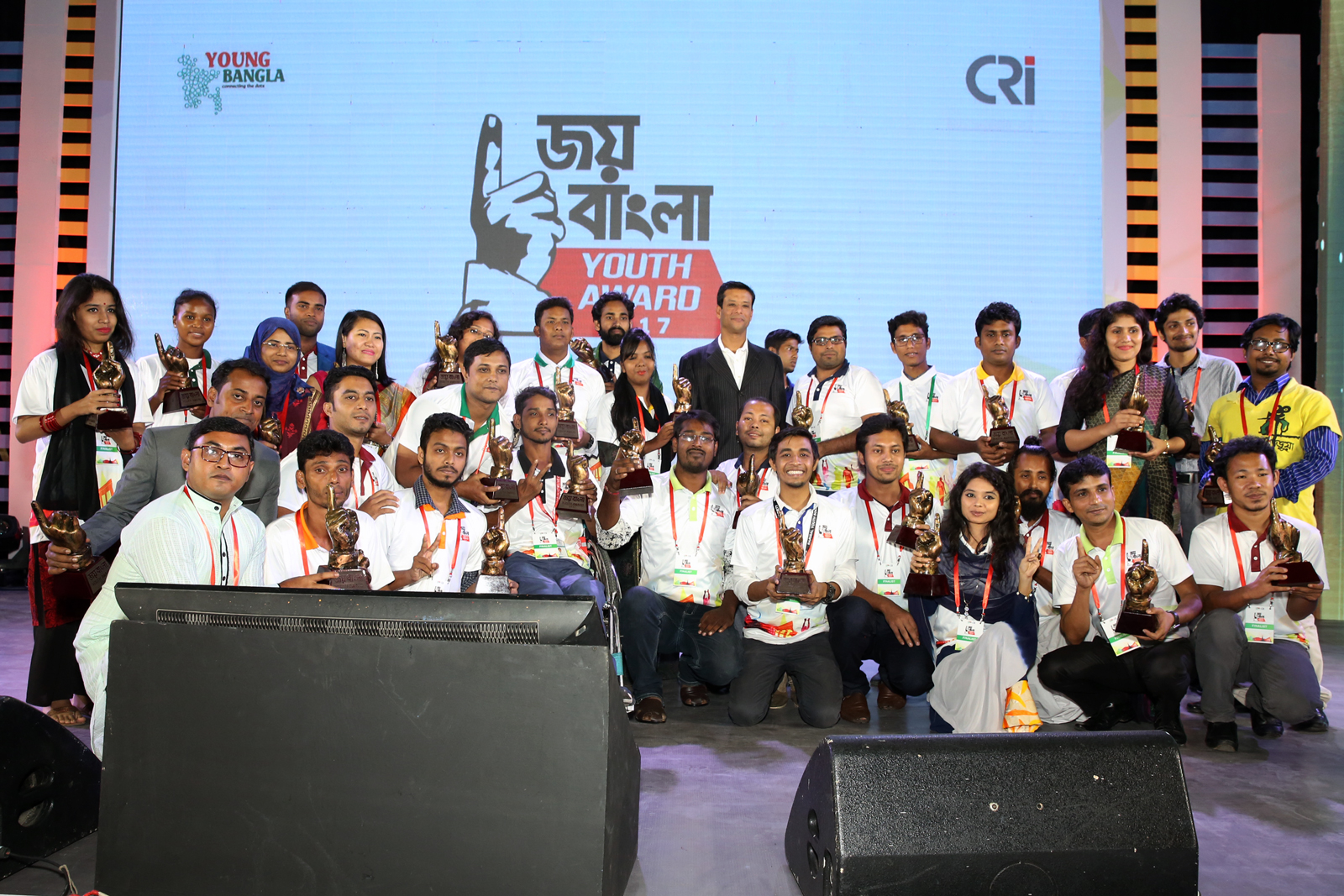 It took six months, eight divisional meetings, 70 activations in 40 districts and campuses, 100 field visits and 1,300 applications and one grand ceremony. Finally, Young Bangla has given 50 youth-led organizations from around the much-anticipated Joy Bangla Youth Award 2017.

Since we are talking about a youth award, who better could they have taken it from than the youth icon Sajeeb Wazed, ICT adviser to the honorable prime minister of Bangladesh, to take the award from. He was the chief guest of the special program that, apart from recognizing the young talents, also showcased some of the most outstanding works in the fields of community, cultural and sports development by youth-led organizations.

The main award function was held before a jampacked 700-seat auditorium at the Sheikh Hasina National Youth Centre in Savar near Dhaka from 4pm-6pm on October 21, 2017. The program kicked off with a welcome note by Nasrul Hamid, MP, honorable minister of state for power, energy and mineral resources and one of the trustees of Young Bangla secretariat Centre for Research and Information (CRI).

Young Bangla was formed in 2014 with an aim to bringing the young talents and their groundbreaking initiatives in one umbrella platform, so that they could share resources and build on their capacities and eventually contribute to Prime Minister Sheikh Hasina’s vision of building a prosperous Bangladesh, he said.

The main award giving episode of the event followed his speech during which Sajeeb Wazed handed over the special Joy Bangla Youth Award crest – designed after the famous index finger of Father of the Nation Bangabandhu Sheikh Mujibur Rahman – to the top 30 winners of the award. Each of the top 30 winners also received a laptop – courtesy the ICT Division of Bangladesh government. All of the 50 finalists, including the winners, received a WE smartphone – courtesy aamra Companies.

In his chief guest’s speech, Sajeeb Wazed said he today’s youth was much more confident now than those from 10 years ago.

“The youth are the future leaders of the nation. They will have to nurture the spirit of independence in their hearts. They will also have to spread the spirit among all,” he said to a gathering of several hundred young men and women.

CRI at The Conference on Youth Development in Bangladesh