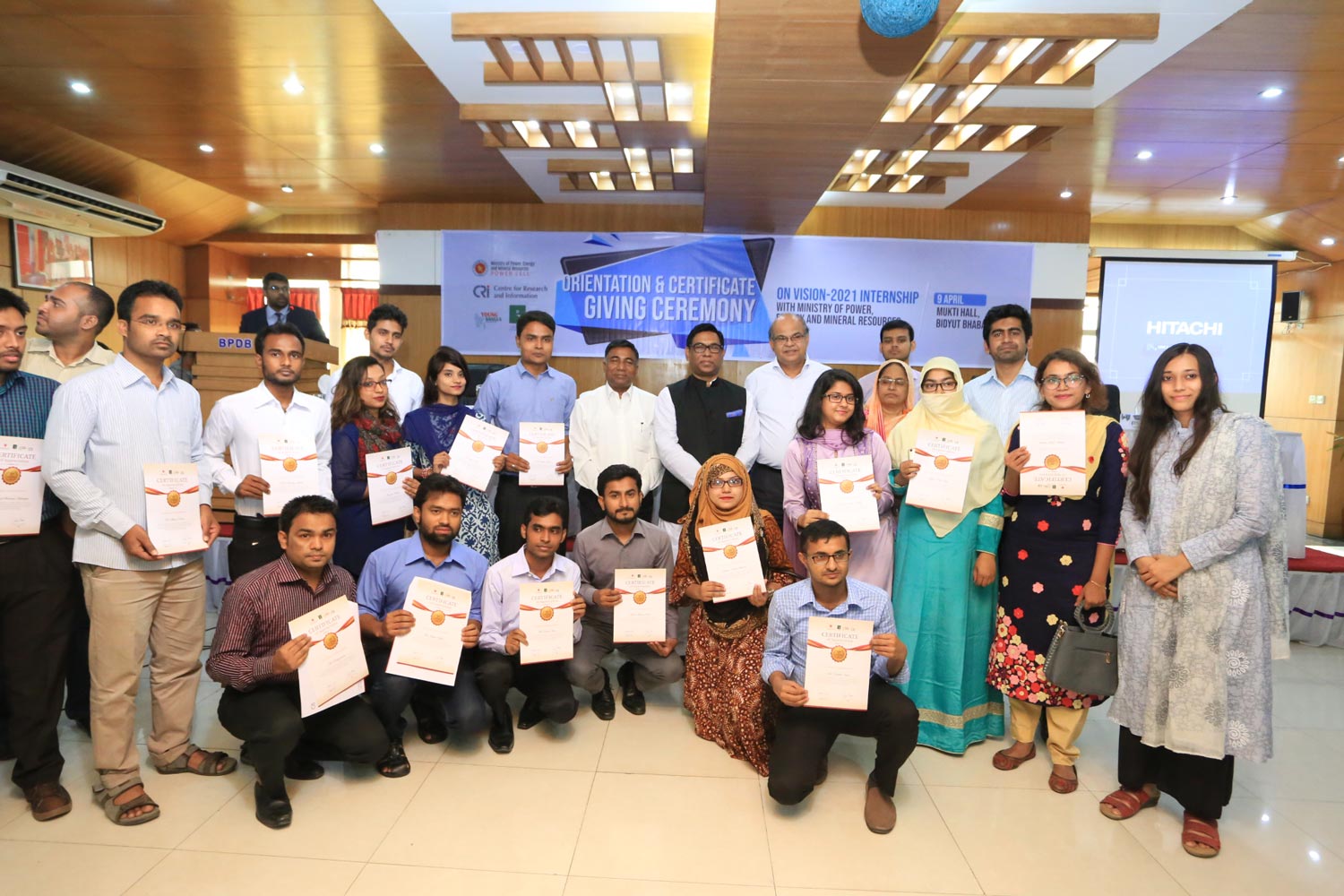 CRI-Young Bangla organized ‘Orientation and Certificate Giving Ceremony’ for the interns of “Vision 2021 internship Programme” who worked, and are getting ready to start working as interns with the Ministry of Power, Energy and mineral resources, Government of the People’s Republic of Bangladesh.

CRI Trustee and Honorable State Minister for Power, Energy and Mineral Resources Nasrul Hamid MP were present as the Chief Guest. Among others, Power Secretary Ahmed Kaikaus, DG Power Cell Mohammed Hossain, PDB Chairman Khaled Mahmud, spoke throughout the event. Current and former interns conjointly spoke and shared their experiences and expectations. CRI’s Senior Analyst Barrister Shah Ali Farhad moderated the event and conferred the closing remarks on behalf of CRI-Young Bangla. a total of 165 fresh university graduates are taking part within the first of a 3-slot internship program at numerous utilities underneath the ministry located in several parts of the country from April to July. Later this year, on completion of the first round, a minimum of another three hundred engineers will work in 2 more subsequent four-month slots with MoPEMR.

The scheme was formally launched at an orientation program at the Bidyut Bhaban in Dhaka on Monday, April 9, 2018, organized by Centre for research and information (CRI), the secretariat of Bangladesh’s biggest national youth platform Young Bangla, unitedly with MoPEMR.

The new interns were briefed on the kind of workplace and the nature of work they’re attending to deal with throughout the course of the coming four months as a part of the internship. Additionally, 100 engineers from the first phase of the internship in 2016 were given certificates for successfully completing the program.