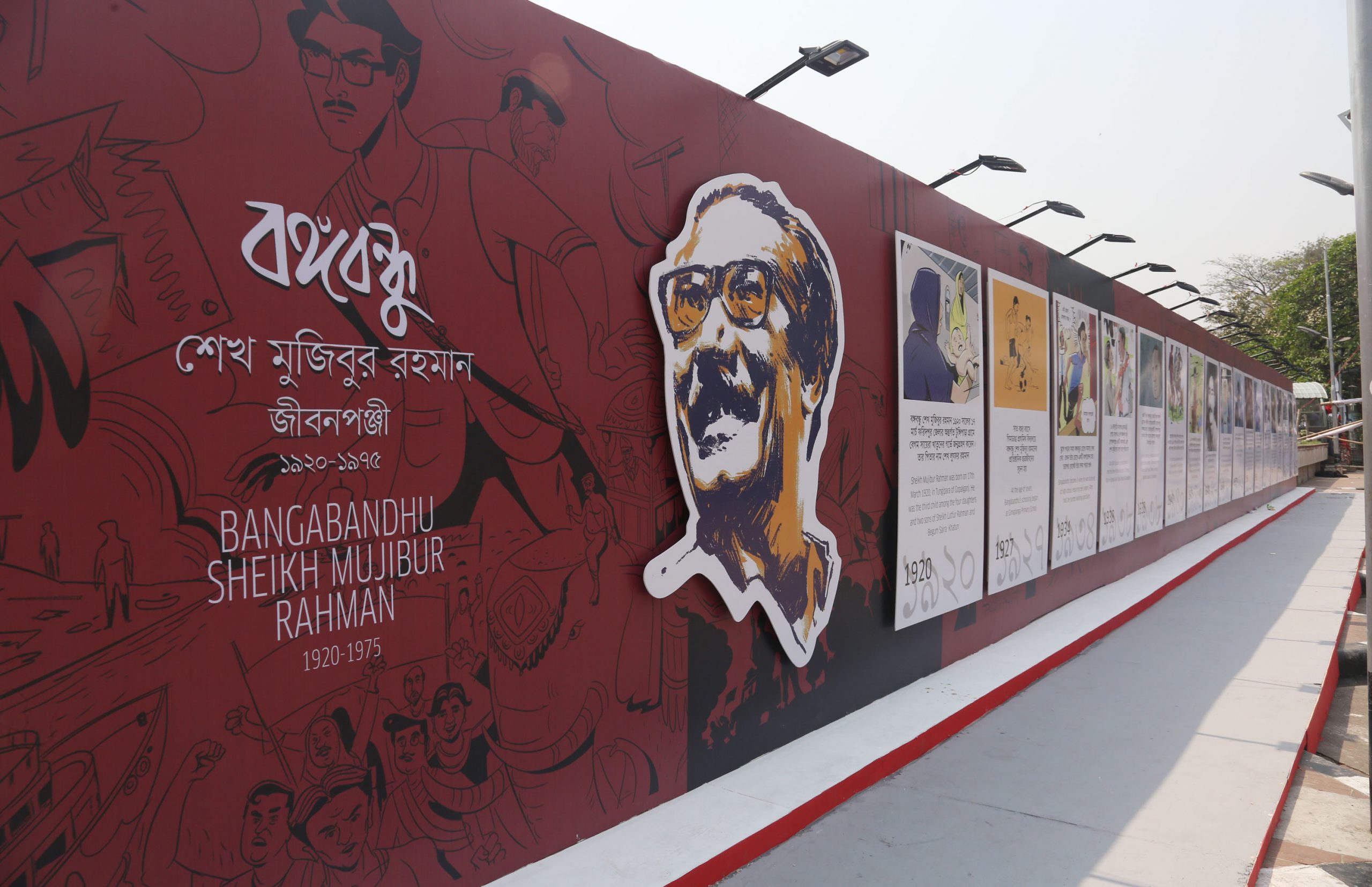 A day-long multidimensional interactive event was hosted by CRI to celebrate the 99th birth anniversary of Father of the Nation’s Bangabandhu Sheikh Mujibur Rahman and National Children’s Day at Bangabandhu Memorial Museum, Dhaka.

The event was clustered in different individual and parallel segments. The hall room and venue premises were decorated with Mujib graphic novel based visual installations, photo exhibitions and interactive audio visual content on Bangabandhu.

Chashma (Spectacle)
The special addition of the event was – Chashma, a puppet show based on the selected areas of graphic novel ‘Mujib’. The puppet show was one of its kinds in terms of the crowd, people’s enthusiasm to attend the show. Six shows were staged in an open space with around 80 -150 audience attending each show.

Bangabandhu Timeline
Timeline is installation exhibition of the different stages of Bangabandhu’s life. The timeline includes childhood of Bangabandhu, his sporty early life, memory with his father, his political leadership journey, the historic speech at Race Course ground, the tragic 15th August, 1975.

Documentary Screening
A Japanese documentary titled ‘Rahman: The Father of Bengal’ was screened at the event. This is a documentary about Bangabandhu Sheikh Mujibur Rahman, shot in 1973, just a few months after the liberation war. The Filmmaker Nagisa Oshima captures the new born country as a visitor.

Caricature
There was a caricature corner at the venue where the visitor got free caricatures of themselves done by a group of cartoonist. Enthusiastic children and visitors crowded at the corner to get their caricature done.

Augmented Reality Corner
There was an augmented reality corner at the celebration event decorated with Tablets by ICT Division. A computer graphics on graphic novel ‘Mujib’ were demonstrated at the corner. Enthusiastic visitors explored different digital contents on Bangabandhu using those tablets.