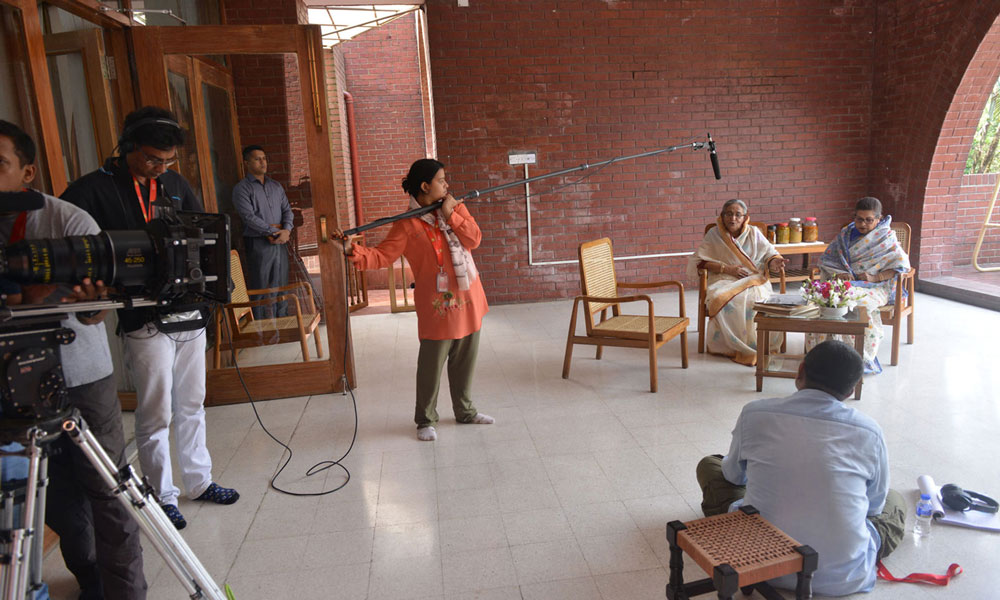 ‘’Hasina-A Daughter’s Tale’ overall is not a story of Prime Minister Sheikh Hasina and her political career, rather it is a documentary on Bangabandhu’s daughter Sheikh Hasina. It demonstrates a heartrending biopic of what the title of the film portrays, which is a fascinating account of a daughter’s perspective how the country’s darkest hours had changed her life forever.’’

After capturing the hearts of millions across Bangladesh, the 2018 released docu-drama – “Hasina: A Daughter’s Tale”, (HADT) is now taking the international audience by storm. A major milestone for both HATD and the Bangladesh film industry, the douc-drama has been selected for screening at several prestigious international film festivals in 2019.

Hasina – A Daughter’s Tale’ has been selected to be screened at the 40th edition of the Durban International Film Festival in South Africa. It was screened on July 20 at 2:30pm at the ‘Gateway 12’ while the second screening will be held on July 24 at 4:00pm at the Venue ‘Musgrave 1’. Among the local and international attendees of the film festival, the first screening was also attended by Bangladesh’s High Commissioner to South Africa and people from the Bangladeshi expatriate communities. The festival organised by the University of KwaZulu-Natal’s Centre for Creative Arts, is being held from 18th – 28th July 2019.

HADT was also selected for screening at the 10th Jagran Film Festival at New Delhi, India. The hall of Siri Fort Auditorium, a premier multi-auditorium complex of Indian government, witnessed a pin drop silence for 70 minutes when the film was screened before a large number of viewers. According to one of the organizers of the festival the popularity of the film among the festival goers has led to the decision for organising more screenings at several other locations including Lucknow. Members from the embassy of Bangladesh in India were present to view the screening. The festival, an initiative by the Jagran Prakashan Group towards creating a culture of cinema appreciation, is scheduled to be held in 18 cities across India from July 18th to 29th September 2019. Over 400 films is set to be screened along with 18 cinema appreciation workshops there during the event.