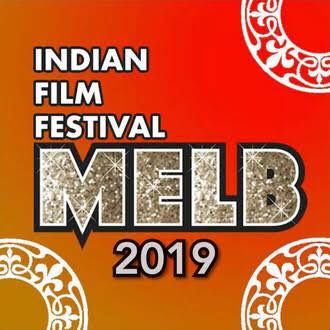 The highly acclaimed docu-drama, Hasina – A Daughter’s Tale, has been screened on Tuesday, 13 August 2019 at 6.00 pm at HOYTS Highpoint in Melbourne, at the Indian Film Festival of Melbourne (IFFM). The IFFM is Australia’s biggest annual celebration of Indian and the sub-continent cinema.

It is considered to be a unique cultural event that celebrates the incredible diversity of the world’s largest film industry, from record-breaking blockbusters to genre-defying arthouse hits. The film festival which will be held from 8-17 August 2019, has selected Hasina – A Daughter’s Tale under its ‘From the Subcontinent’ category.

The festival visitors included members of the Bangladeshi community in Australia as well as people from other communities. Many children with Bangladeshi parents, who grew up in Australia attended the screening were inquisitive and were seen asking their parents about Bangladesh, Bangabandhu and Sheikh Hasina.
The docu-drama was a popular hit with the audience at the 10th Jagran Film Festival at New Delhi and the 40th edition of the Durban International Film Festival in South Africa in July 2019. The film is also currently scheduled for screenings at two other film festivals including the Barcelona Asian Film Festival starting in October and in late September at the DMZ International Documentary Film Festival in South Korea.

‘Hasina-A Daughter’s Tale’ is not only a story of Bangladesh Prime Minister Sheikh Hasina, and her political career, but it’s a documentary on Bangabandhu’s daughter Sheikh Hasina. It’s a heart-touching biopic, a fascinating account of a daughter’s perspective on how the country’s darkest hours had changed her life forever.

The film revolves around the Prime Minister Sheikh Hasina and her sister Sheikh Rehana as they recall memories from their early life back in Gopalganj’s Tungipara and progresses on to accounts from their life in exile in Europe and India during the aftermath of the assassination of her father and family. This is followed by intimate detail of her return to Bangladesh in the 80s, her fight for democracy during Ershad’s presidency, her loss in the 1991 polls, constantly put under house arrest afterwards as well as the several assassination attempts on her life. Overall, it demonstrates a heartrending biopic of what the title of the film portrays, which is a fascinating account of a daughter’s perspective how the country’s darkest hours had changed her life forever. Here, Sheikh Hasina has been depicted as a personality who represents the flow of history of Bangladesh. The filmmaker’s intention throughout the process has been to convey the story in an authentic manner, unmarred by any influence, and he has created a tale that has immense appeal for a wider audience willing to understand Bangladesh more closely.

Bangabandhu’s grandson and Centre for Research and Information (CRI) Trustees Radwan Mujib Siddiq and State Minister for Power, Energy and Mineral Resources Nasrul Hamid produced the docu-drama. A team of international personalities have also collaborated including cinematography by Sadik Ahmed and edited by Navnita Sen. The film’s soundtrack and background music was by Debojyoti Mishra, an internationally acclaimed Indian music composer, has composed the musical score.
Hasina a Daughter’s Tale was released on 16th November 2018 at the Star Cineplex in the capital’s Bashundhara City mall. The film was also run Blockbuster Movie of the Jamuna Future Park, Modhumita Cinema Hall at Motijheel in Dhaka, and Silver Screen in Chattogram.