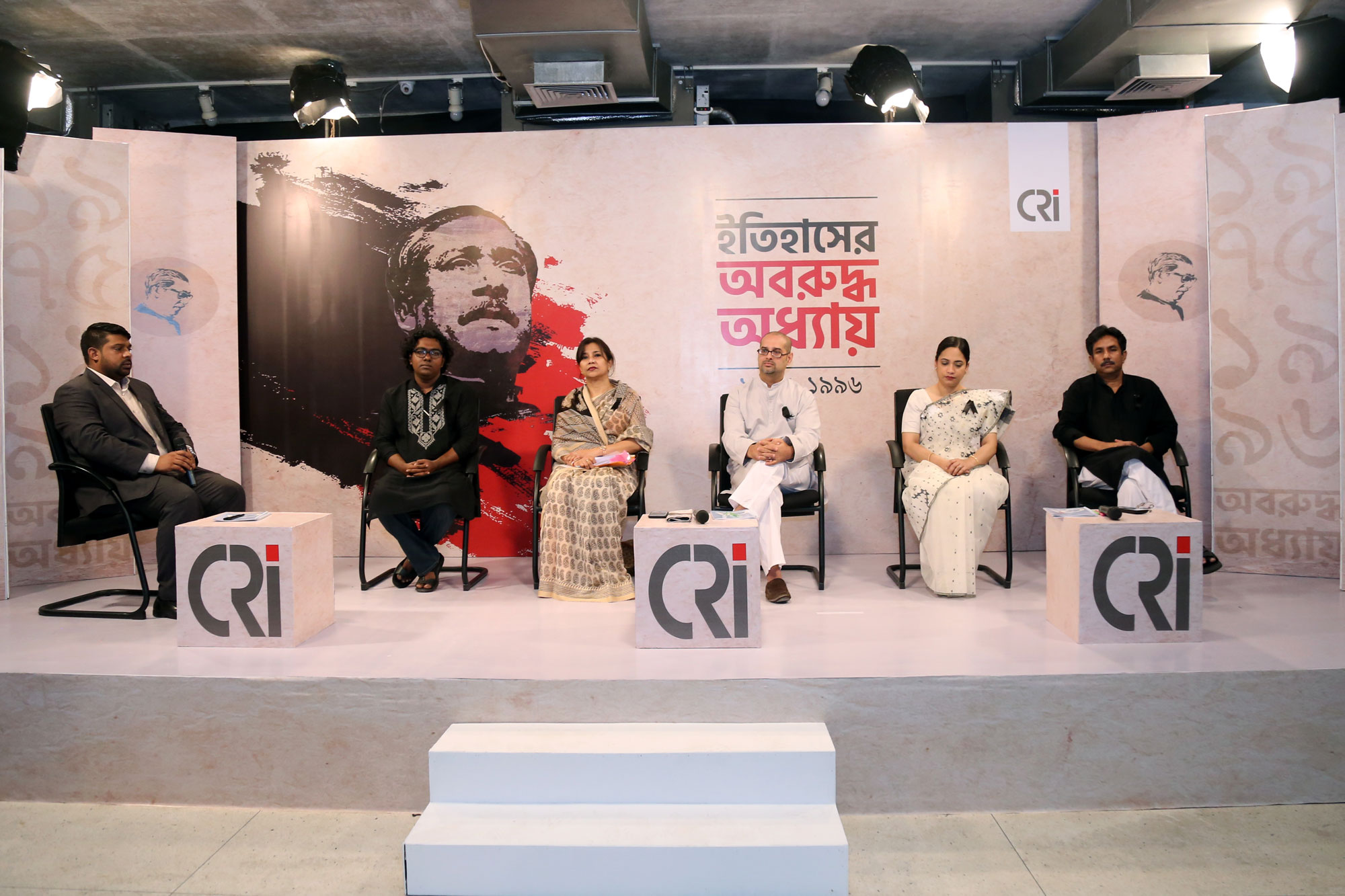 A number of generations in Bangladesh were kept in the dark and grew up knowing a distorted history– all of it was part of a well-planned conspiracy.

During an event titled ‘Itihasher Oboruddho Odhyay: 1975-1996’ organized by the Centre for Research and Information (CRI), discussants shed light on the grim chapter of Bangladesh’s history starting with the killing of Bangabandhu Sheikh Mujibur Rahman and his family members on August 15, 1975. Ziaur Rahman, after taking charge, ordered execution of many freedom fighters on duty at armed forces. He carried out the killings in the armed forces to be in power and to ensure rehabilitation of the anti-liberation forces in the country. In the discussion, the participating youth audience got to know about the ruthlessness of General Ziaur Rahman in consolidating power by unlawful means.

Speakers at the program has proposed to form a commission to find out the killings of freedom fighters working in the armed forces after the assassination of Bangabandhu. They also urged the government to create a fund for research on Bangabandhu and the period starting from 1972 to 1975.

More than fifty youth representatives participated in the discussion taking place at the Bangabandhu Memorial Trust Auditorium in Dhaka. They have shared their personal experience of reading different narratives in school textbooks on history to what they have come to know after Awami League came back to power. Some of them asked for source books and other materials to explore the true history of Bangladesh.

The discussion event will be televised by Channel 24 on September 01 at 8:30pm.