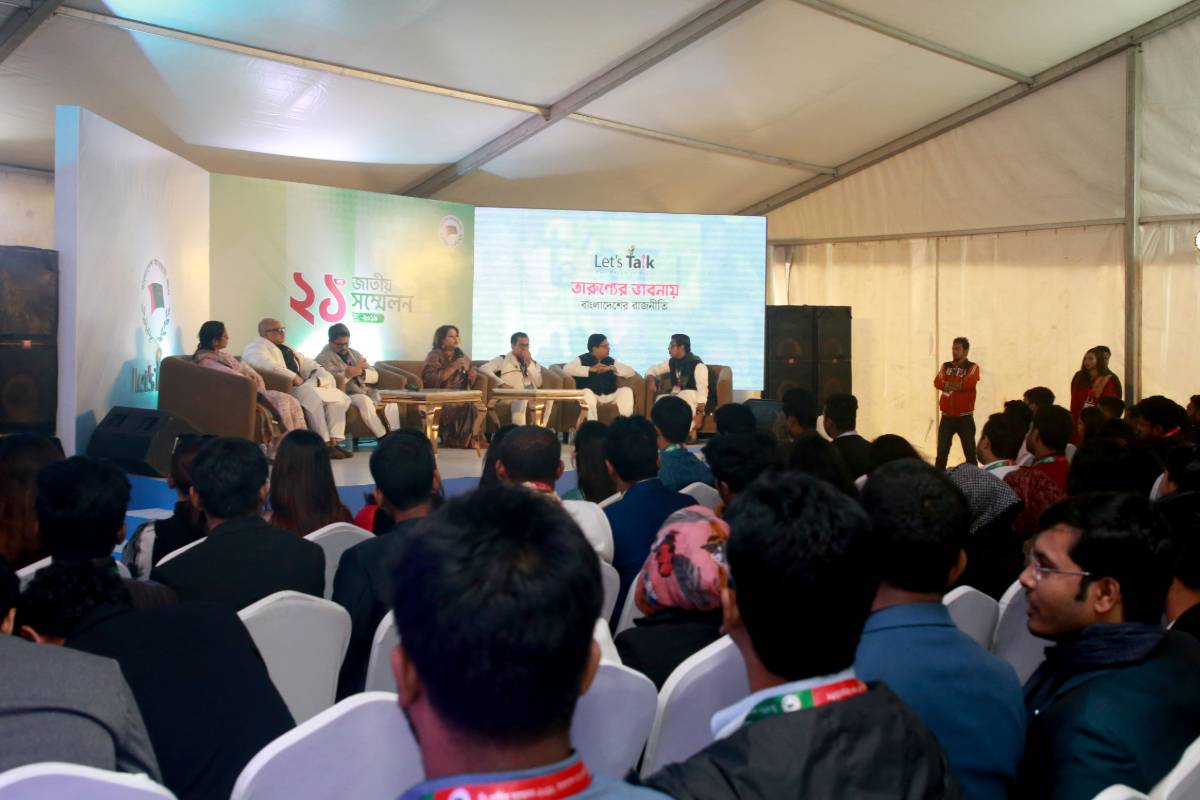 CRI participated in the two-day long 21st Council of Bangladesh Awami League. The council took place on December 20, 2019 and December 21, 2019 at Suhrawardy Udyan in Dhaka. Honorable Prime Minister Sheikh Hasina and the President of Bangladesh Awami League inaugurated the council. Respective party members, councilors, grassroots political leaders and supporters from all over Bangladesh were present at the venue. Other visitors included invited guests, delegates, diplomatic envoys, media and members of the general public.

This year, 10 CRI creative installations and exhibitions showcased the history of Bangladesh, Bangladesh Awami League, Father of the Nation Bangabandhu Sheikh Mujibur Rahman at the council venue. The installations drew the attention of the young crowd and other visitors alike.

CRI Installations: To engage is to communicate
The historical journey of Awami League, snapshots of important events and meetings were covered by the creative installations. They also featured struggles and accomplishments of Awami League in spearheading national progress and development. CRI also presented the entire history of Awami League’s founding year (1949), to the journey of leading Bangladesh to freedom in 1971 through the installations. The CRI pavilion featured an outdoor stall with CRI’s publications and the ‘Mujib’ graphic novel series, an indoor screening room which played different documentaries at the council venue.

These creative exhibitions were designed to inform the emerging grassroots youth leaders and others about the political journey and to engage them through communicative materials which narrates stories of significant historical events of Awami League. These include:

‘Road to 21st Council’ installation displayed the history of the party since birth.

‘Light after Darkness’ section portrayed the August 15, 1975 assassination of Bangabandhu and most of his family members.

‘ALBD – In front of a Mirror’ presented a detailed view of the history of Awami League.

‘Quotes for Future Leadership’ corner have quotes from different speeches of Bangabandhu and Sheikh Hasina along with their photos.

Road to the victory of Bangladesh

Focus Group Discussion on “Youth Entrepreneurship: The Engine for Growth”