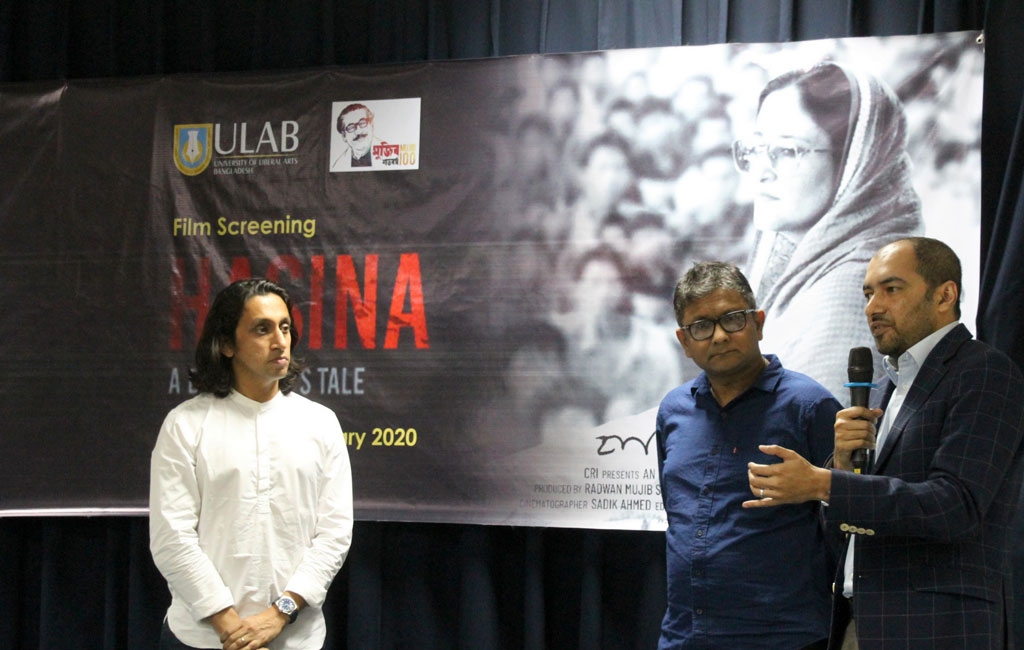 The University of Liberal Arts Bangladesh (ULAB) has screened Hasina: A Daughter’s Tale on 24th February, 2020 as part of celebrating Mujib Year, the birth centenary celebration of Father of the Nation Bangabandhu Sheikh Mujibur Rahman.

The film was screened at the auditorium of the university’s campus in Dhanmondi. Over 200 students and officials of ULAB attended the screening

Reflecting on the docudrama of which he was a co-producer, Siddiq said his idea was to bring forth the vignettes and anecdotes of Sheikh Hasina as the daughter of Bangabandhu Sheikh Mujibur Rahman that are often lost under the weight of her role as the premier of the country.

“It took me and Piplu Vai (director of the docudrama) five hours to wait for having a conversation with my aunty (Sheikh Hasina). As she was putting my son to sleep, she was reluctant to join us to get filmed. I told her to come with the baby in her lap. That was the beginning of the journey of a visual storytelling spanning five years culminating in the docudrama titled ‘Hasina: A Daughter’s Tale’’, said Siddiq.