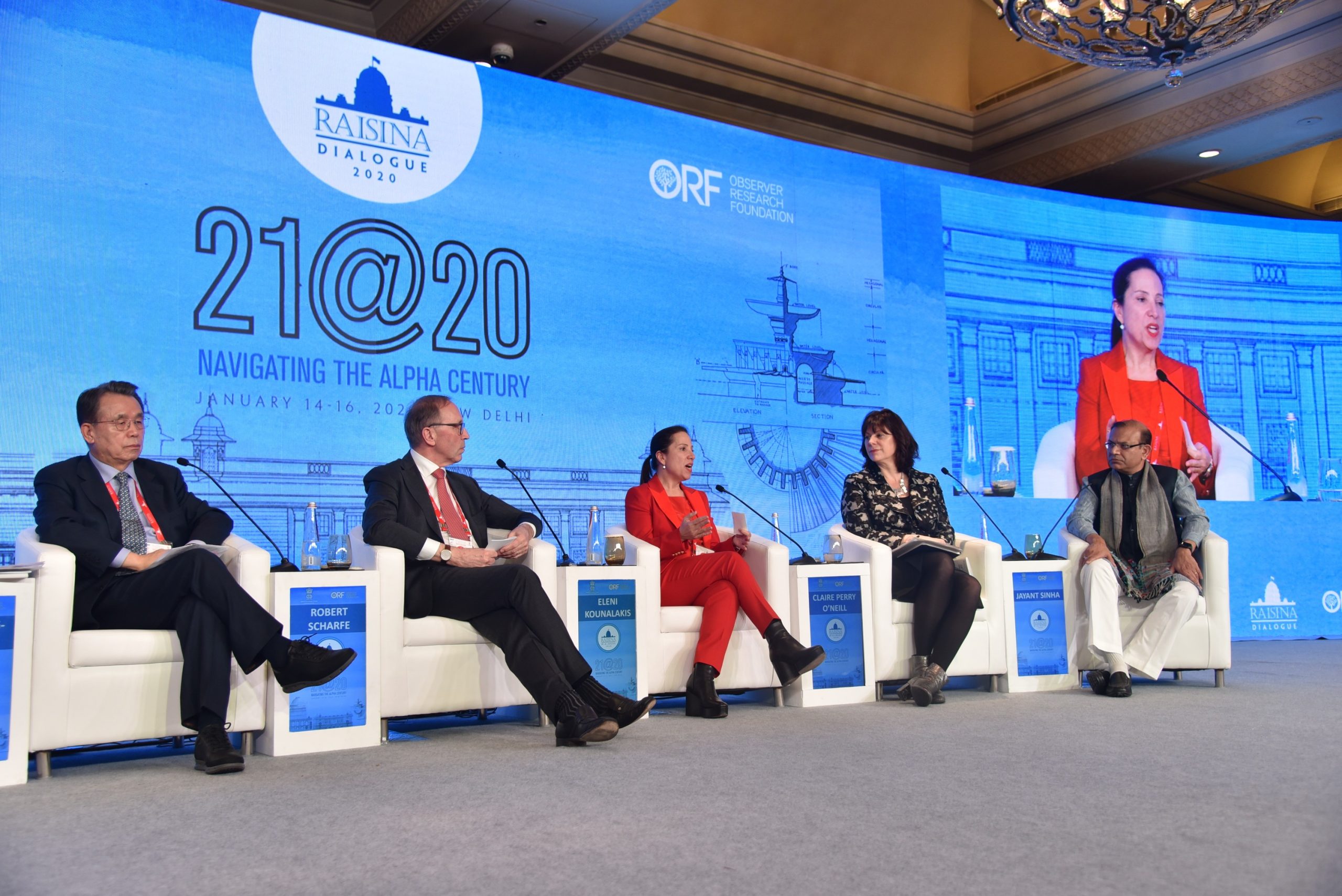 The Raisina Dialogue is the flagship conference jointly organised by the Ministry of External Affairs and the Observer Research Foundation (ORF) to identify opportunities and provide stability to a century that has witnessed an eventful two decades. The fifth edition of the dialogue took place in New Delhi from January 14 to 16, 2020. This year the theme was “[email protected]: Navigating the Alpha century,” covering the following pillars:

This year a delegation from Centre for Research and Information (CRI) was especially invited to attend the Raisina Dialogue. CRI representatives Syed Mafiz Kamal, Senior Analyst took part as a fellow at ORF and Anika Ahmed, Assistant coordinator was present as a delegate. The CRI representatives took part in several seminars and discussion during the two and a half days of deliberation based on five pillars:

The inaugural session of the mega-event was attended by Prime Minister Narendra Modi, while other visiting leaders shared their views on important challenges facing the world. Notable speakers included of 12 foreign ministers, including of Russia, Iran, Australia, Maldives, South Africa and the European Union. 700 international participants attended Rasina the event.

As a complementary initiative with Raisna Dialogue, the Observer Research Foundation (ORF) in collaboration with the Think Tanks and Civil Societies Program (TTCSP), Lauder Institute, University of Pennsylvania, hosted the fourth edition of the India Think Tank Forum. It brought a diverse representation of national, regional and international think tanks for an exchange of ideas on key policy issues. CRI was invited to attend the exclusive meet to discuss the role of think tanks in civil society. Themes included:

Syed Mafiz Kamal, Senior Analyst, spoke at the “Road to 2030: Strategies for Achieving Sustainable Inclusive Growth and Development While Saving Our Planet” session, along with Ashok Khosla, Chairman, Development Alternatives; Jyoti Parikh, Executive Director, Integrated Research and Action for Development (IRADe), India; Shibani Ghosh, Fellow, Centre for Policy Research, India; as panelists. The session focused on the quest for ensuring sustainable development and the challenges of emerging countries to raise development financing. Syed Mafiz Kamal, as the only Bangladeshi attendee, highlighted Bangladesh’s role in achieving the MDGs, and its detailed strategies along the challenges before to reach the SDGs.