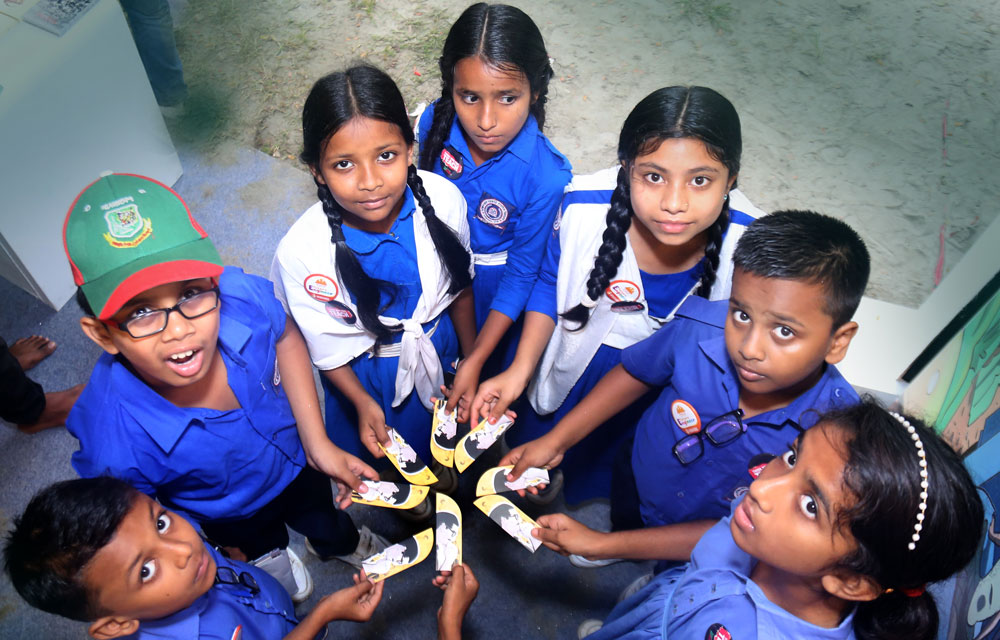 The Centre for Research and Information (CRI) took part in this year’s Dhaka Lit Fest, held between November 7 – 9, 2019 at Bangla Academy premises in Dhaka. A stall has been set up at the designated corner for the graphic novel ‘Mujib’.

The graphic novel series is based on the “Unfinished Memoirs” of the Father of the Nation Bangabandhu Sheikh Mujibur Rahman. The ‘Mujib’ series will be completed in ten parts. The graphic novel series is creative and light-hearted approach to our national history, initiated for young readers, namely children and teenagers who are interested to learn about the Father of the Nation and his journey to become the most renowned leader of the nation.

Mujib is published by CRI Trustees Radwan Mujib Siddiq and Nasrul Hamid MP. ‘Mujib’ Graphic Novel is first of its kind in Bangladesh, the first part being released on March 2015. The seventh part of the series is currently awaiting release, which will be followed shortly by the English version of part four of the series. CRI also has initiatives to release the graphic novel in other foreign languages in the future.

Another CRI publication titled “Bangabandhu Udhriti”, a compilation of 100 quotation of the Father of the Nation Bangabandhu Sheikh Mujibur Rahman was also available at Mujib stall. This book contains the Father of the Nation’s quotes on his political philosophy, ideology, his thoughts on Bangladesh as an independent state and his visions on developing Bangladesh. It also contains his quotes on the 1971 liberation war, as well as the post liberation war era of Bangladesh long with his thought on literature and culture. Every year, the Mujib stall attracts a large crowd consisting of children and graphic novel enthusiasts who await the latest version of the Mujib graphic novel series.