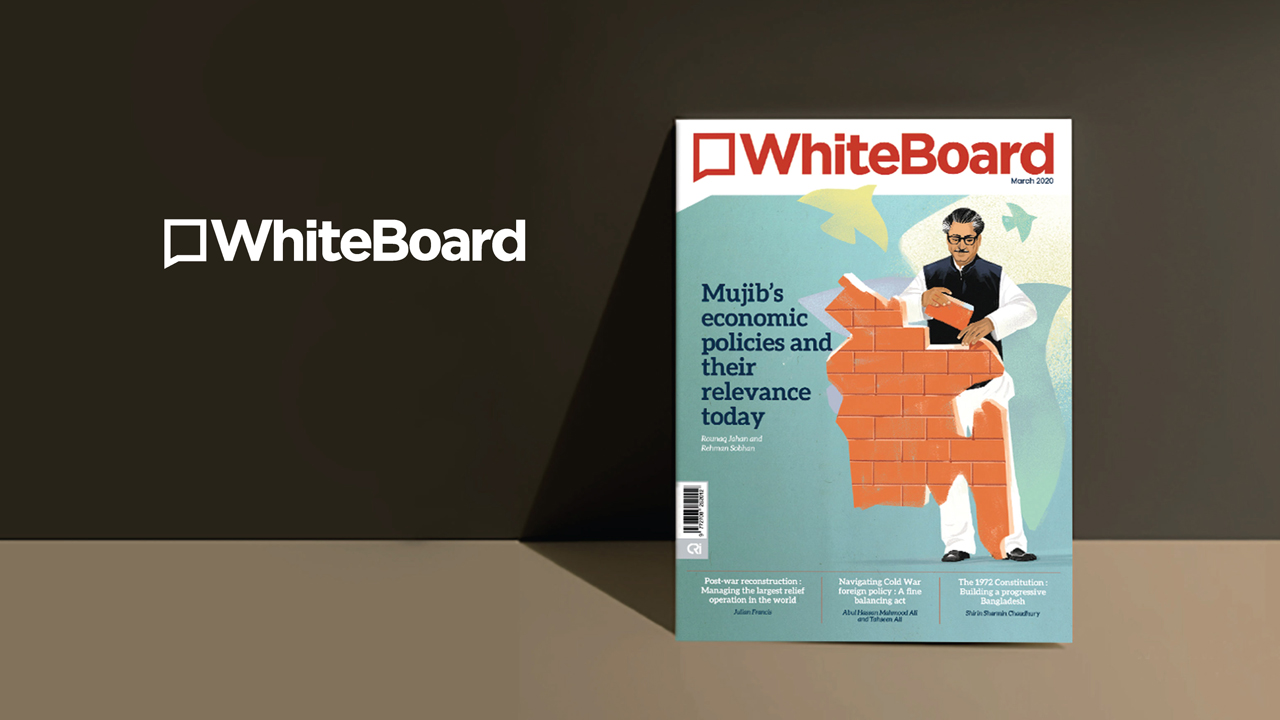 Centre for Research and Information (CRI) on Sunday, 20th September 2020, virtually launched a policy magazine named WhiteBoard. WhiteBoard is set to bring fresh and diverse ideas into the policy-sphere of the Bangladesh. Aimed at the young generation, policy-makers, and development practitioners, both at home and abroad, WhiteBoard seeks to be the go-to resource for the latest commentary on Bangladesh.

The virtual launch of the policy magazine was attended by Radwan Mujib Siddiq, CRI Trustee and the Editor-in-Chief of the WhiteBoard; and Samia Huq, a member of the Editorial Advisory Board of WhiteBoard, and the School of Humanities and Social Sciences, BRAC University, while Syed Mafiz Kamal, Co-editor of the WhiteBoard, moderated the event.

During the launch session, Radwan Mujib Siddiq reflected on the vision of the magazine. As revealed by him, WhiteBoard will create a space for the brightest minds not just in Bangladesh but for the Bangladeshis making a difference aboard and capable to guide the country in overcoming the policy challenges. The magazine will give “balanced objective and clear messages to policymakers,” said Radwan Mujib Siddiq.

The magazine’s first issue covers the policies and visions developed by Bangabandhu Sheikh Mujibur Rahman for the new-born Bangladesh. Radwan Mujib Siddiq shed light on the relevance of Bangabandhu’s policies in the present Bangladesh context as detailed in the magazine’s “Mujib” issue.

Talking about the relevance of the magazine in today’s policy landscape of Bangladesh, Dr. Samia Huq said, “WhiteBoard can keep an honest eye on what’s going on, what are some of the cracks that are emerging, the progress we are making and keep engaging with some of the best minds and thinkers who work on Bangladesh.” She expected that the magazine will leave its mark within the policy space and academic outputs.