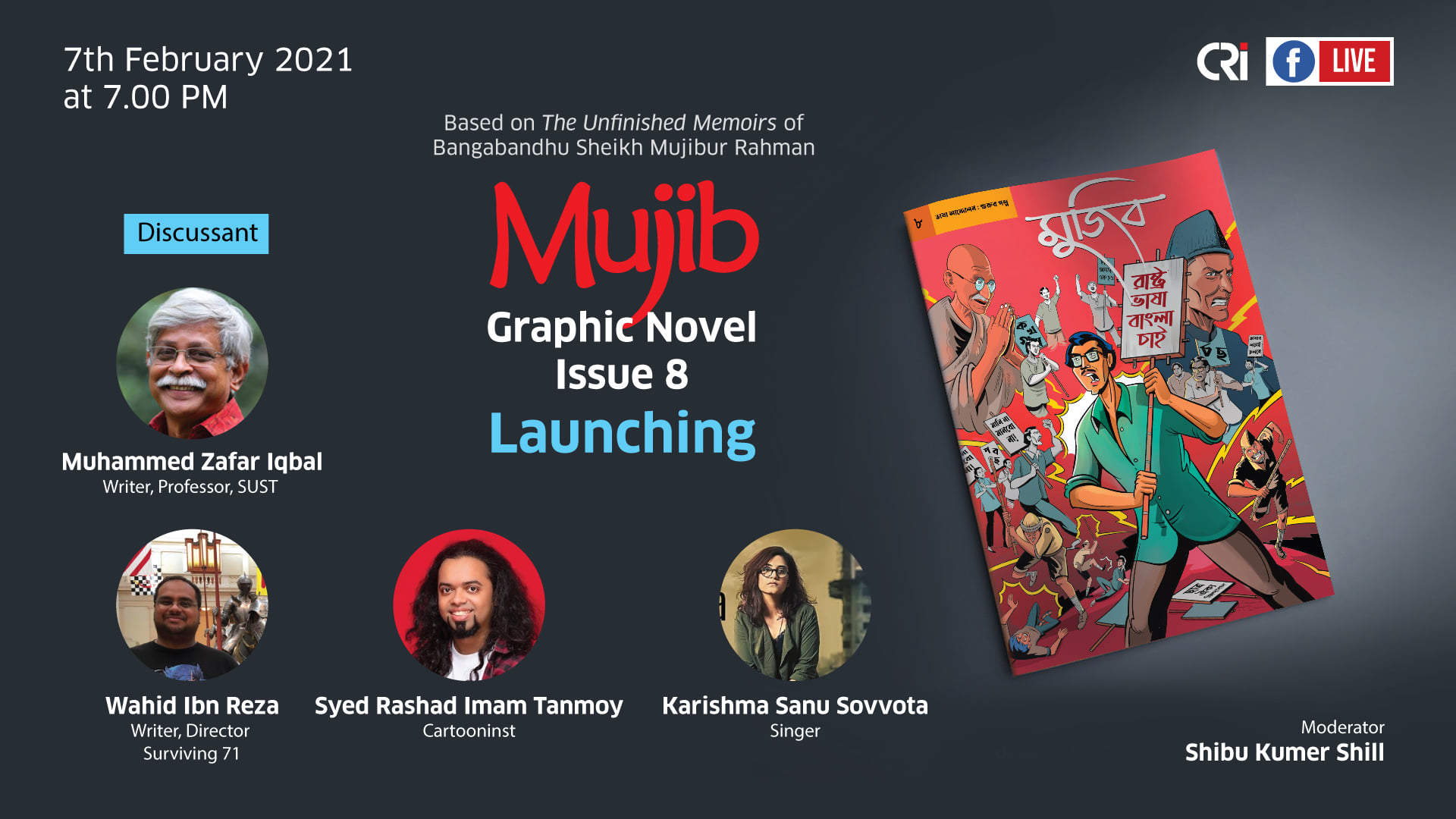 The graphic novel series presents the political activism, successes and ideology of Bangabandhu Sheikh Mujibur Rahman in a youth friendly manner that also appeals to adults and comic book enthusiasts alike. The series has been selling well since the release of the first edition and the excitement continued with each new release. The series has gained immense popularity with countless young readers, creating a lasting impression, shaping their values and making them politically informed. The coming episode will highlight a young political activist Mujib, against the backdrop of after-partition politics and the early phase of the Language Movement.

After the publication of  ‘The Unfinished Memoirs’ of Bangabandhu Sheikh Mujibur Rahman, his grandson Radwan Mujib Siddiq, who is a trustee of CRI, took the initiative to transform it into a graphic with the aim attempt to present the eventful life of Bangabandhu to younger generation in an attractive manner.

Prime Minister Sheikh Hasina has been involved in the publication of this book from the very beginning. She diligently checked every draft. She scrutinizes every step — from the choice of words, dialogues and spelling to pictures and style of narrative.

So far, seven volumes of ‘Mujib’ have been published in Bangla, three in English and two in Japanese. Mujib will be published in a total of 10 parts.

Mujib-2 to be unveiled on February 13

Lighting the Fire of Freedom: Bangabandhu Sheikh Mujibur Rahman: CRI’s tribute to the father of the nation