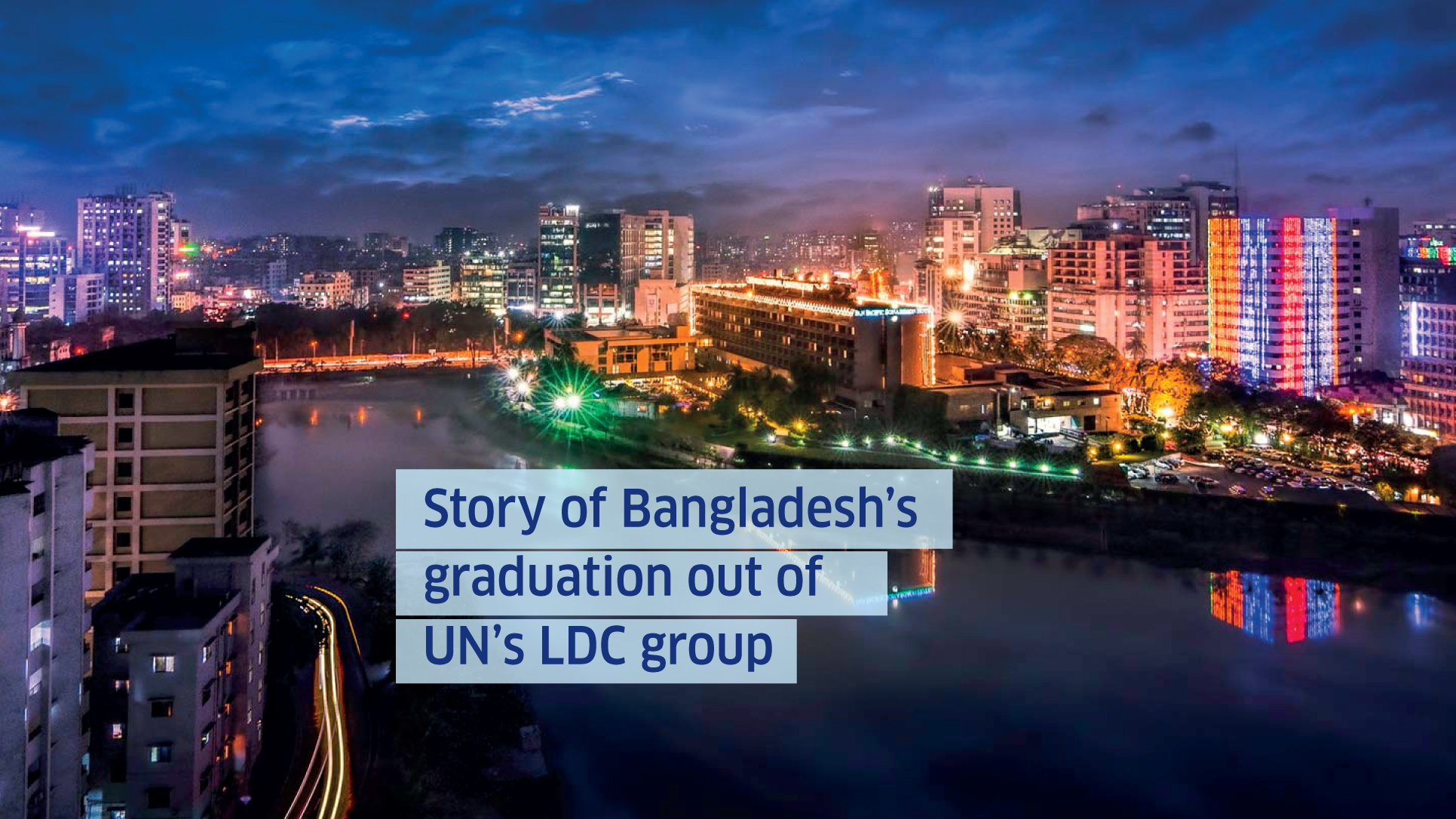 According to United Nations, the least developed countries (LDCs) are low-income countries confronting severe structural impediments to sustainable development. They are highly vulnerable to economic and environmental shocks and have low levels of human assets. There are currently 46 countries on the list of LDCs which is reviewed every three years by the UN’s Committee for Development (CDP).

Bangladesh received the final recommendation on graduation from the LDC status when the country stands on the threshold of its golden jubilee of independence. Bangladesh has been on the UN’s list of LDC countries since 1975 when the country and its economy was still recovering from the devastating Liberation War of 1971. The country is set to embark on a new journey as a developing nation.

There are 3 criteria to the graduation: income per capita, human assets index (HAI), and economic vulnerability index (EVI). The Committee for Development Policy (CPD) in its review meeting recommended the graduation in 2018. Bangladesh fulfilled for the second time all the three criteria in 2021.

Bangladesh’s score in the eligibility criteria set by the UN:

After the recommendation by the CDP, for Bangladesh to become a developing nation, the proposal will be sent to the United Nations Economic and Social Council (Ecosoc) for endorsement in June 2021. The UN General Assembly may then approve the proposal in September 2021. Bangladesh might be the 6th country to graduate from the category so far.

Under the current circumstances of the coronavirus pandemic, Bangladesh has sought the facilities reserved for the LDCs for five years of preparations instead of three. Once it receives the final recommendation, Bangladesh will formally graduate to the developing nation bracket in 2026. The country will avail the benefits for LDCs till 2026.

In a press conference, Bangladesh Prime Minister Sheikh Hasina formally announced the country’s graduation status. “This achievement is an outcome of our relentless planning, hard work and efforts over the last 12 years. The people of this country have made it possible,” she said. With concrete development strategies and plans put in place by Bangladeshi policymakers, Bangladesh’s transition from a least developed to a developing country is expected to be a smooth one.