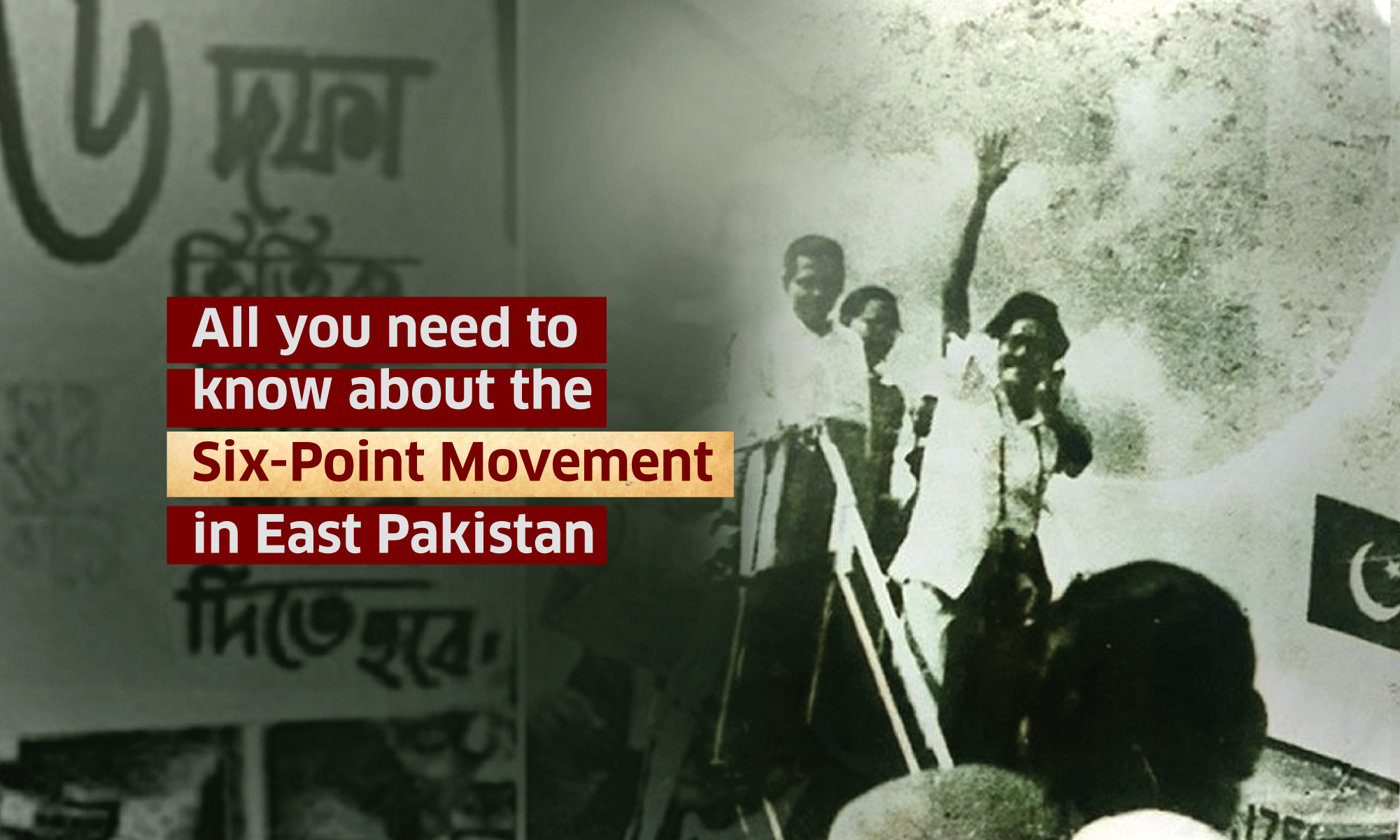 The Six-Point Movement in erstwhile East Pakistan, spurred in 1966, is commonly acclaimed by analysts to be the foundation of Bangladesh’s independence. The movement’s main agenda was to realize a policy-prescription of six demands put forward by then firebrand Bengali politician Sheikh Mujibur Rahman in February 1966, to end the already apparent exploitation of East Pakistan by the West Pakistani rulers. Mujib’s staunch advocacy for the emancipation of Bengalis, which was rooted in the six-point agenda, would soon earn him the title of Bangabandhu – friend of the Bengalis.

What context led to the six-point: East Pakistan was facing a dire situation after being subjected to systemic discrimination on a regional basis, year after year. Economic subjugation was one of the factors that led to the dissatisfaction of the Bengalis of East Pakistan. Discrimination in the allocation of federal funds and foreign exchange, and in the matter of recruitment to public services by the central government, were starkly visible immediately after the founding of Pakistan. Bengali economists and the politicians started to raise questions about the discriminatory policies that had resulted in disparities in the economic developments of the two wings of Pakistan. In short, there was one country, two economies.

What were the six points: On February 5, 1966 in Lahore, Mujib revealed the six-point formula for regional autonomy for the federating provinces of Pakistan. Alongside regional autonomy, a major thrust of the six-point was to regionalize economic management. The six points of the formula were: 1) a form of federal government, a parliamentary system directly elected via one-person-one-vote, 2) two separate reserve banks and currencies for the two wings of Pakistan, 3) Other than defence and foreign policy all issues will be dealt by the federal provinces, 4) a paramilitary force for East Pakistan, 5) fiscal affairs, much as taxation and resources allocation, will be state responsibility, and, 6) monetary and trade policies, such as foreign reserve maintenance and establishing trade links, will be handled separately by the two wings.

How six-point was translated into a political movement: Mujib convened a meeting of the then most organized political party of East Pakistan, the Awami League, on March 18-20, 1966, in which the six-point formula was endorsed. A booklet on six-point demand was also published. Between March and May 1966, Mujib and his colleagues campaigned extensively throughout East Pakistan. The Awami League, communicated the six- point amongst the people and soon mobilized a mass movement. The rulers of Pakistan saw the six-point as a scheme for secession. Pakistan’s military ruler general Ayub Khan started applying a heavy-handed strategy to counter the six-point demand. While campaigning in 1966, Mujib was repeatedly arrested on false charges. Activists, including students and protestors, were also arrested.

When was the tipping-point: The Six-Point Movement took an important turn on June 7, 1966, when the Awami League called a nationwide strike across the East Pakistan. The response to the call was overwhelming. People from all walks of life defied the authorities and observed the “7 June six-point strike.” The armed forces opened fire at the protests in different places. 11 people were killed in Dhaka and Narayanganj city. Soon after, the Awami League decided to further intensify the movement. The movement now had the overwhelming support of the population of East Pakistan.

Why is six-point precursor to Bangladesh’s independence: The six-point movement had far-reaching impacts on the political developments in the then Pakistan. The movement created a political awakening among the Bengalis for emancipation and self-rule. The six-point agenda would go on to provide the framework of independence for Bangladesh in the next 5 years.