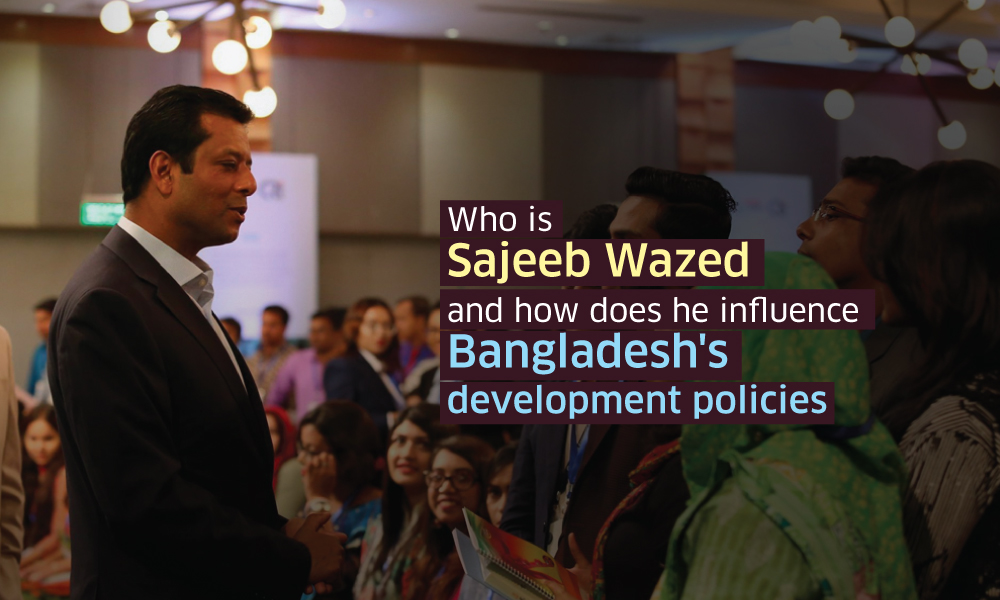 Sajeeb Wazed, also known as Joy, is a tech policymaker from Bangladesh. He serves as an advisor to Bangladesh’s Prime Minster on information and communication technology (ICT) affairs. He was the first to conceptualize a tech-driven development model for Bangladesh.

Sajeeb is the flag bearer of the Bangabandhu Sheikh Mujibur Rahman’s political legacy, his grandfather and Bangladesh’s founding leader. His mother Sheikh Hasina has been the Prime Minister of Bangladesh since 2009. His father, Wazed Miah, was a nuclear scientist.

Sajeeb is in public life. He plays a critical role in Bangladesh’s long-term plans to become a middle-income country by 2021 and an advanced economy by 2041. He is regarded as the mastermind of the Digital Bangladesh initiative, which has been inculcated into all sectoral policies of Bangladesh.

Sajeeb actively promotes the Digital Bangladesh scheme and investment opportunities in Bangladesh at international platforms. He is said to have brought the Silicon Valley spirit to Dhaka.

Some quick facts about Sajeeb

Points to note about Sajeeb’s thoughts on policymaking

What you need to know about Sheikh Hasina’s homecoming