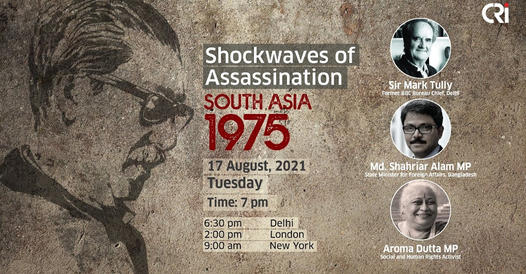 On August 17, 2021, Centre for Research and Information (CRI) organized a webinar “Shockwaves of Assassination: South Asia 1975” which reflected on the darkest chapter that unfolded with the assassination of the founding father Bangabandhu Sheikh Mujibur Rahman on August 15, 1975. The assassination changed the course of politics in Bangladesh, and the ramifications of which are still being felt across South Asia.

Mark Tully recounted how he received the news of the brutal assassination of Bangabandhu while working nightshift in BBC newsroom in London. Looking back, the veteran journalist said that it was unusual for those planning the coup not to build international connections.

Offering glimpse of the post-1975 scenario, the renowned journalist said, “There were two different streams at work here: one stream was pro-western economic way, anti-socialist, anti-Indian, and also there was what I may call an Islamic stream as well, wanting to press Bangladesh into being more Islamic.”

Mark Tully was BBC’s Indian affairs correspondent during 1971. Mark Tully’s coverage of the 1971 Liberation War of Bangladesh on BBC Radio was the major source of authentic information to the freedom seeking Bengalis during that time. He had fond memories of interacting with Bangabandhu on several occasions.

State Minister for Foreign Affairs Md. Shahriar Alam said the Indemnity Ordinance passed to protect the assassins of the father of the nation has no precedence in history. “It’s hugely embarrassing for the country. It left a rather long-lasting impact and they were given access to the state secrets in subsequent years,” he said.

The state minister said the killers made friends overseas and “obviously that made our today’s job difficult locating them, as we have a job to bring back the remaining killers and make them face consequences according to the court verdict”. He also praised Prime Minister Sheikh Hasina for keeping her faith in the country’s legal system instead of resorting to a speedy trial.

The webinar was a part of CRI initiative to facilitate analytical discussion where the new generation, researchers and Bangladesh-observers get insights on the ramifi­cations of the assassination of father of the nation Bangabandhu Sheikh Mujibur Rahman along with his family and colleagues during the early hours of August 15, 1975. 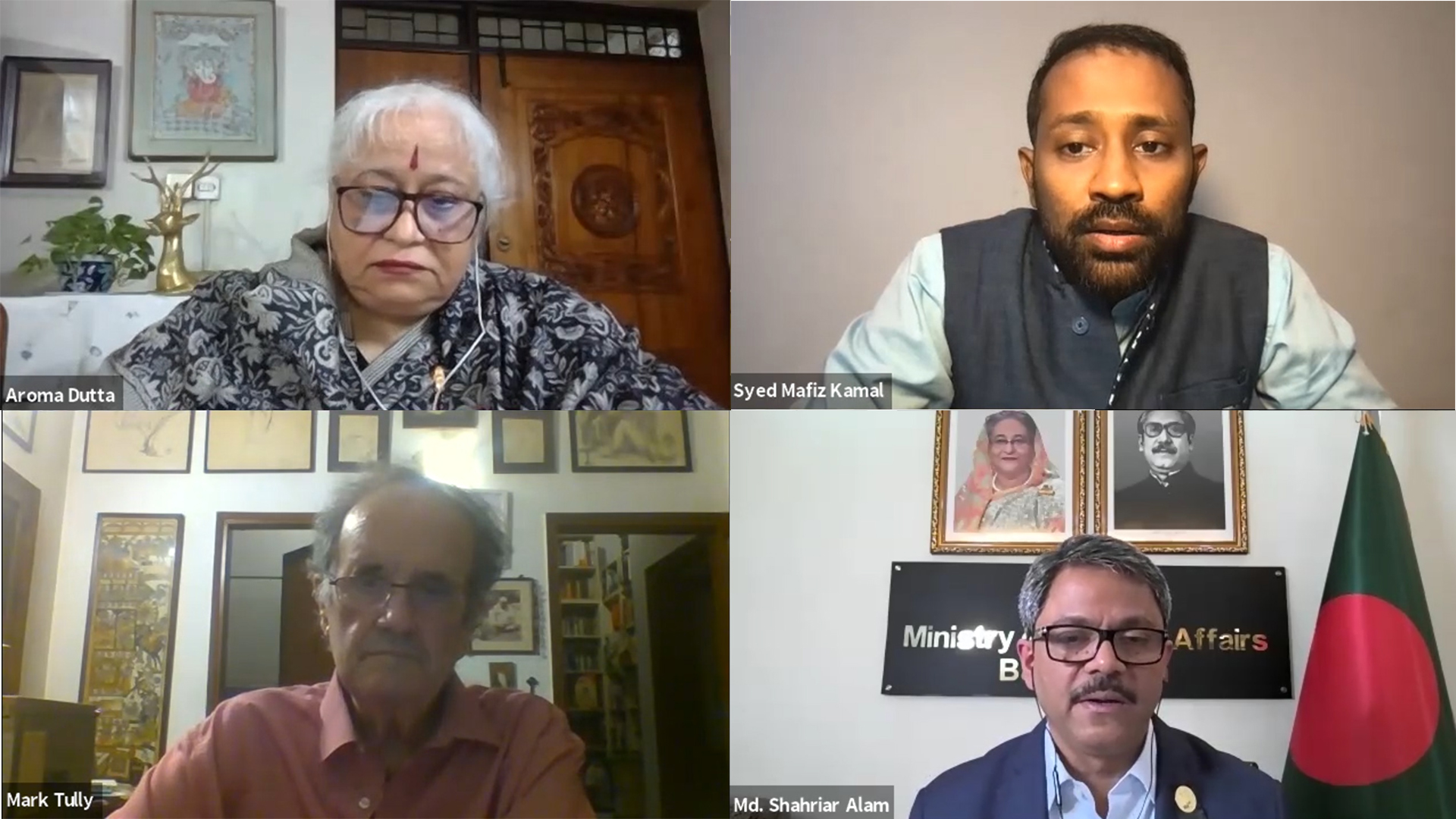 Bangladesh 1975: Setting the Clock Back

All you need to know about Bangladesh’s climate prosperity plan