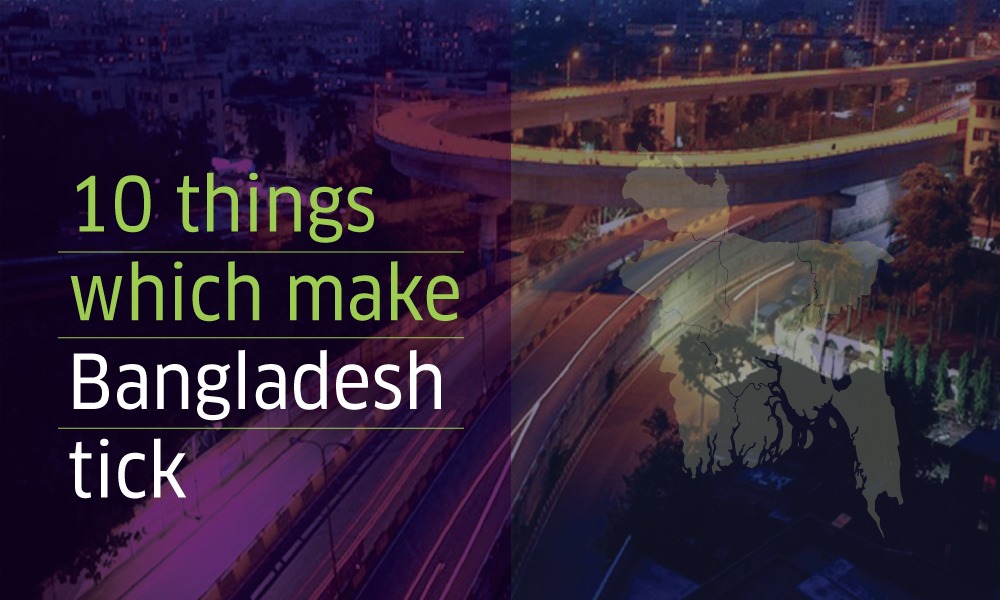 For Bangladesh, 50 years, the golden jubilee of independence in 2021 is a remarkable occasion to celebrate. In its early decades, the country was a test case for development because it was caught in a vicious cycle of natural disasters, poverty, and military coups. Braving all odds Bangladesh has stacked up many success stories for the world to note.

It warrants attention because of its remarkable economic growth in the past few decades, and successes in social indicators – often outpacing its neighbors. Bangladesh’s development did not happen in a vacuum. It was a journey of rigorous policymaking and course corrections.

Bangladesh literally started with an empty coffer. Despite resource constrains, it made spectacular economic progress over the last five decades. Economic growth hit a record 8.2% in 2018-2019, making it among the highest in Asia. The growth momentum has made Bangladesh one of the five fastest-growing economies in the world. This rapid growth has enabled it to graduate out of World Bank’s lower income country status in 2015. Bangladesh is also on track to be moved out of the UN’s least developed countries (LDC) list in 2026. Its economy has even exhibited resilience during the covid-19 pandemic, thanks to the timely stimulus packages and strategic reopening.

Bangladesh’s exports have risen by around 80% in the past decade. Bangladesh is the world’s second-largest exporter of readymade garments, and its economy is more open to business with the outside world than its neighbors. Bangladesh has sought to pull its weight globally by smartly keeping its doors open. Economists who observe Bangladesh, have tagged the country as the new Asian Tiger.

Unlike its beginning, today, Bangladesh is not hunger-ridden. Bangladesh has transformed into a food basket – and a model for food security for the rest of the world. Inclusive growth policies, firm fiscal management, domestic and overseas employment generation, and a broad-arching social security program, have resulted in reduction in poverty. The poverty rate in Bangladesh in 2019 was 20%, which fell from 31% in 2009. Extreme poverty is also nearing single digit, to 10%. Per capita income was $134 when it became independent and in 2020 it reached to $2064.

While it was primarily an agricultural economy in 1971, the composition has changed over the decades, with industry and services now accounting for the lion’s share of the economic output. Agriculture’s share of GDP has dropped to just 13%. Over the years, the share of the industry sector in GDP increased from 6% in 1972 to 29% in 2019. There are nearly a million small and medium enterprises (SME) in Bangladesh. The contribution of these SMEs to the economy is an estimated 23%. Contribution of Bangladesh’s SME sector is a major point to note for development strategists around the world. To accelerate industrial production, Bangladesh took up an initiative to set up 100 Economic Zones.

Remittances play a major role in the economy, with Bangladeshi workers employed abroad transferring nearly $22 billion in 2020. Remittance inflow plays a vital role in boosting the foreign exchange
reserves. Bangladesh’s foreign exchange reserves reached a new record of over $43 billion at the end of the year 2020.

Bangladesh’s development was fueled by the significant investments in infrastructure, particularly in roads and bridges. Learning from East Asian experience, megaprojects have become a strategic tool for Bangladeshi policymakers to transform economic activities. Bangladesh’s high growth trajectory is the result of heavy public spending on mega infrastructure development projects such as Padma Multipurpose Bridge, Bangabandhu Tunnel, and Rooppur Nuclear Power Plant are notable. The $4 billion 6.2 km Padma Bridge is sustainably self-financed, which has become a set-example for other donor dependent nations.

The power sector registered spectacular growth especially in the past one decade. The sector is the major driver of the country’s economic growth in the past two decades. The country sought to secure a major expansion in the supply of power to sustain high growth while improving efficiency, and diversifying energy sources. By the end of 2021, Bangladesh is set to achieve full- electrification – another milestone for a developing country.

Human development indicators, like education and public health, have set another model area. The country’s success in setting up an extensive health service network, in forms of community clinics, has been exemplary. An extensive vaccination program has also earned loud appreciation from international communities.  Its infant-mortality rate is 25.6 deaths per 1,000 live births, as compared with 148.2 at independence; life expectancy, 72.3 years today, was 46.6 years in 1971. The achievements in girl’s education, financial inclusion, social security and political participation were noteworthy among South Asian countries. Bangladesh has closed 73% of its overall gender gap, according to the Global Gender Gap Index 2020. Women’s participation in the labor force is one of the main drivers of Bangladesh’s development story.

Bangladesh has made immense strides in technology in a number of sectors such as telecommunication, internet connectivity, digitization, and media. Its government has translated an e-governance digitalization promise, known as Digital Bangladesh, since 2009. The policy has translated into huge ICT progress. It has played a key role in enhancing access to finance.

After five decades, Bangladesh has transformed itself into a model for socioeconomic development initiatives. Bangladesh has put efforts for more than one decade to become a mid-tier developing country. For the first time it embarked on a long-term cross-sectoral plan, the ‘Vision 2021,’ in 2009. Bangladesh achieved most of the goals set out for 2021, indicating the targets being ambitious but realistic. Now a second longer-term plan, ‘Vision 2041.’ Bangladesh will be a developed country with more than $12,500 (today’s price) per capita income and poverty will become a thing of the past— are the two central goals of ‘Vision 2041.’ In short, Bangladesh wants to skip the middle-income-country trap that many Asian economies have gotten stuck with. Meanwhile, Bangladesh also has another long-term plan, called the Delta Plan, which sets targets for 2100 with climate change resilience at the core of the development agenda.

The challenges are steep but not insurmountable. Bangladesh already has a strong track record that shows how strong leadership, sound policymaking and determined efforts can take the country forward. The ethos of equity and justice, the underlying principles of its Liberation War, will be its guiding principles for crossing the milestones of its upcoming journey.

What milestones have Bangladesh crossed in 50 years