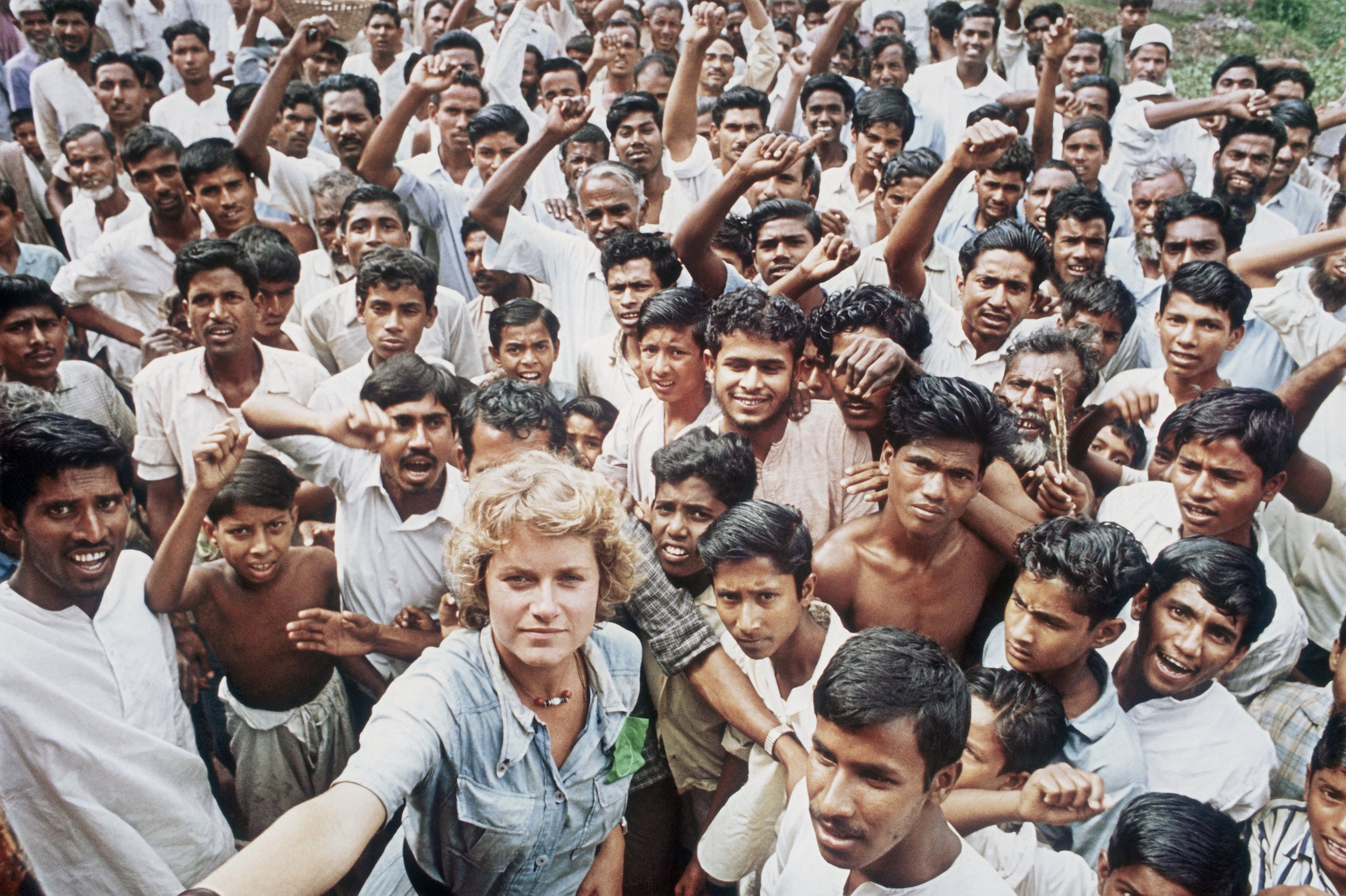 Samdani Art Foundation with Centre for Research and Information (CRI) as partner are organizing a photo exhibition – ‘Witnessing History in the Making: Photographs by Anne de Henning: Bangladesh 1971-1972’. The exhibition features never-seen-before photographs of the 1971 Liberation War and post independent Bangladesh in 1972, taken by the French photographer Anne de Henning.

The exhibition, marking the birth centenary of Bangabandhu Sheikh Mujibur Rahman and the golden jubilee of Bangladesh’s independence, is taking place at the National Art Gallery of Bangladesh Shilpakala Academy.  The exhibition to remain open for visitors till 31 December.

In a video message, Henning reminisced her first encounter with the Mukti Bahini, a guerrilla resistance movement comprising of military, paramilitary and civilians during the Liberation War of Bangladesh.

“I saw a handful of young Mukti Bahinis stepping out of their makeshift observation post flanked by a tall bamboo pole flying the green, red and yellow Bangladesh flag. They greeted me by saying with a broad smile: ‘You are now in free Bangladesh’!”— Anne de Henning

“The first time I was there was in April 1971. I later returned to the country in April 1972. I watched Bangabandhu Sheikh Mujibur Rahman. I couldn’t understand the language but I was struck by the intensity of his speech.”— Anne de Henning

“History will always be the same, the way of telling it may be different. Anne De Henning was covering the Vietnam War at that time. Hearing about the Liberation War of Bangladesh, she travelled miles and stood by the people” – KM Khalid MP, State Minister, Ministry of Cultural Affairs, Bangladesh, during the chief guest’s remark

“Anne de Henning then entered Bangladesh via Kushtia via Kolkata in a dilapidated vehicle. Braving all odds, her fearless attempts at documenting the Liberation War and expose Pakistani force’s atrocity to the whole world are exemplary.” – Nasrul Hamid MP, State Minister, Ministry of Power, Energy and Mineral Resources, Trustee, CRI, during welcoming speech

Who is Anne de Henning?

Anne de Henning was born in 1945 in France. She began her career as a photojournalist. She left Paris in 1968 to cover the Vietnam War with US Army and later Bangladesh Liberation War in 1971. Often solo traveler, Henning extensively covered the warring zones in Asia, the lives of different tribes in Thailand, Laos and Borneo. She has widely travelled across the Arabian Peninsula and the Middle East. Henning has also been the subject of numerous exhibitions in Europe and Middle East.

Anne de Henning captured the painstaking birth of a nation, Bangladesh. The unpublished photo archive, captured during 1971 and 1972, is a one-of-a-kind documentation of the formative years of Bangladesh.

During the Liberation War, foreign journalists were barred from entering Bangladesh, the then East Pakistan, by the Pakistani forces. The plan was to keep the journalist away from reporting the systematic genocide against the freedom-seeking Bangalis executed by the Pakistani forces. Young Henning secretly entered Bangladesh and captured life in the warring zone – from freedom fighters to men, women and children boarding refugee trains and fleeing villages. She vividly captured the humanity of the subjects with the grit of conventional photojournalism.

Henning’s second visit to Bangladesh was in 1972. During the visit, she followed Bangladesh’s founding father Bangabandhu Sheikh Mujibur Rahman, who dedicated his life to decolonizing the Bengali from the British and Pakistani rule. Henning captured Bangabandhu delivering speech at the first council meeting of Awami League after independence. Many photos of Bangabandhu were systematically destroyed after the 1975 coup. Henning’s surviving color photographs are among the few ones known to still exist.

Music and History to Amalgamate at Joy Bangla Concert

A New Era of Smart Agriculture in Bangladesh