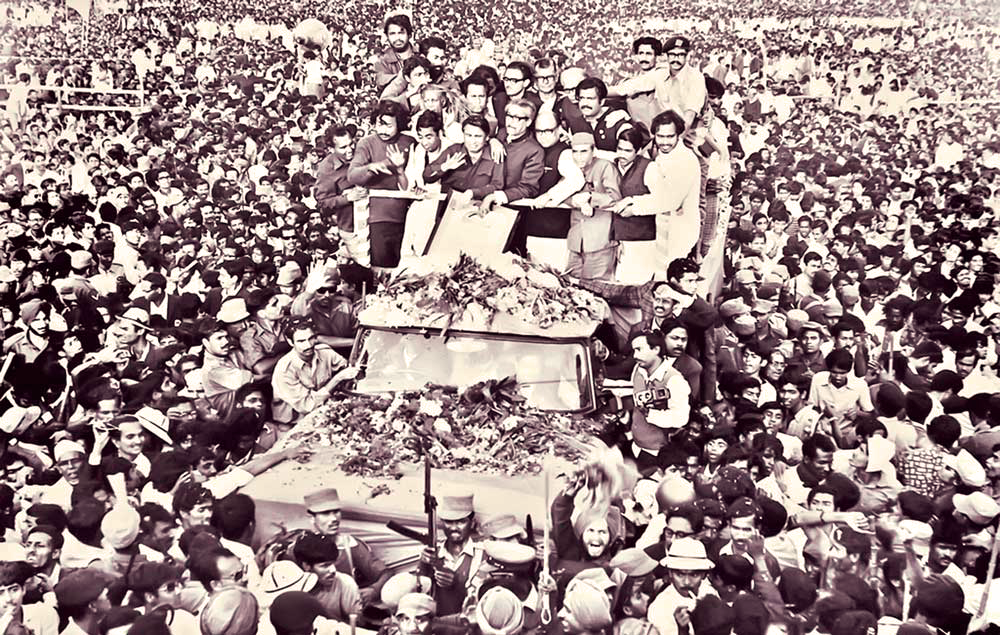 Bangladesh’s founding father Sheikh Mujibur Rahman, fondly revered as Bangabandhu (friend of Bengalis), came back to a newly-independent Bangladesh, from a prison in Pakistan, on 10 January 1972. The return was eventful, and it came to be known as ‘Mujib’s homecoming’ in the country’s politico-historical discourse.

The homecoming was eventful because at the time Mujib announced a blueprint for an indigenous-flavored secular progressive country, which was truly a new prescription in a post-colonial setting during the Cold-War era when it was too easy to drop a country into an ideological camp. Mujib sowed the seed for a pluralistic society and progressive constitution during his homecoming.

Here is all you need to know about Mujib’s homecoming:

Mujib took the opportunity to give the roadmap for an inclusive nation for which he and his colleagues had been fighting since the 1960s. He was loud and clear that he wanted to build a secular Bangladesh.

Mujib was assassinated in just over 3 years into his administration. He never got a fair-shot to administer and rebuild the newly independent war-ravaged Bangladesh. His efforts to reconstruct a war-torn Bangladesh was based on the constitutional principles.

The short period that he served, his administration did the Herculean job of building basic institutions, formulating long-term development plans and attaining sovereign recognition from the international community. He was a champion of freedom. Mujib was a post-colonial leader whose ideals call more research.

This is how Bangladesh is digitalizing its judiciary